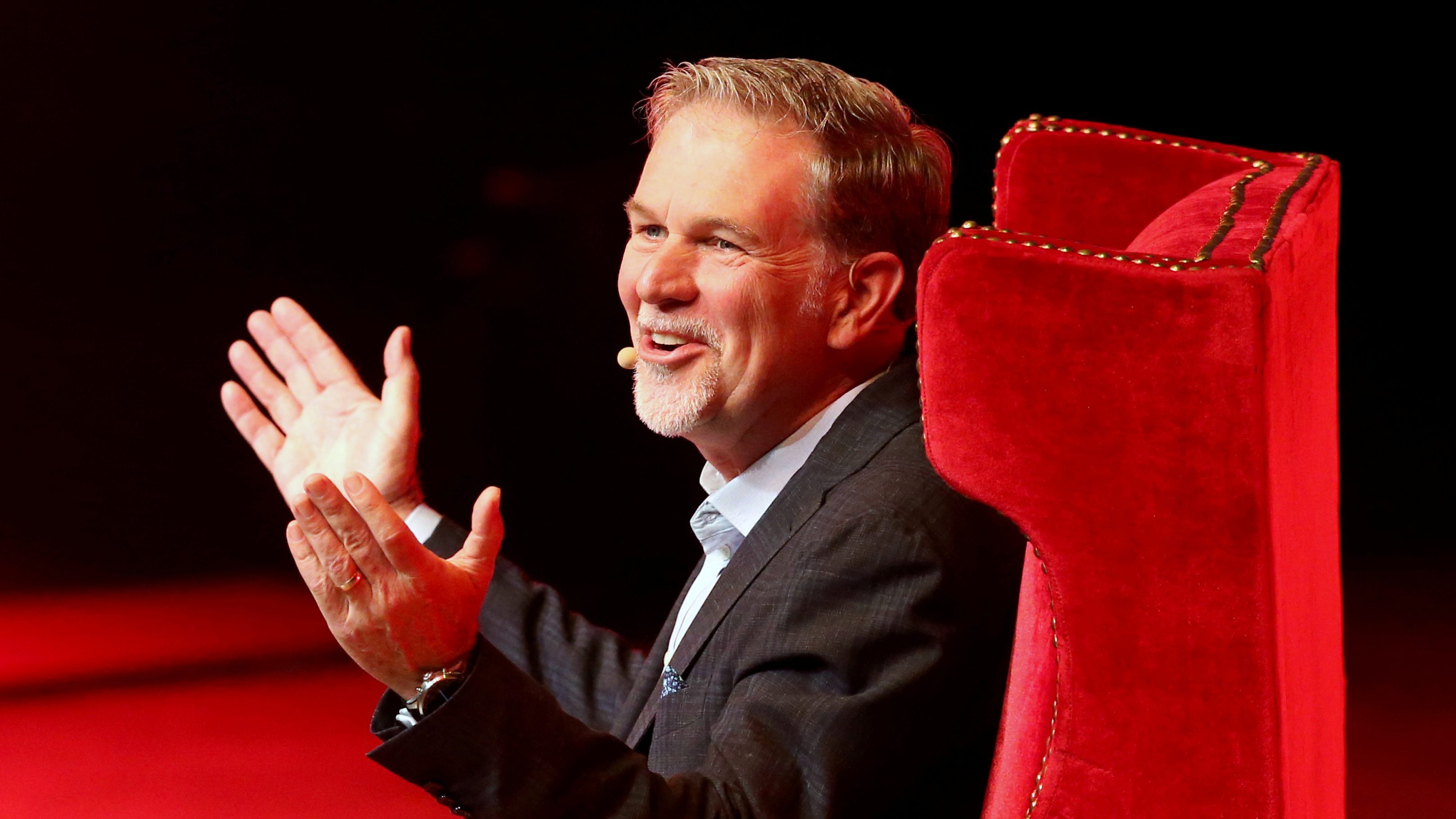 Netflix is routinely criticized for showing a certain lack of compassion to preserve its cutthroat company culture. Managers are pressured to apply a “keeper test” to their team members, and employees have apparently used the firm’s commitment to “radical candor” to shame peers.

The streaming giant is also known, however, for trusting its employees. Expenses are not limited, for example, and the public company shares sensitive information internally. It even gives employees updates about subscriber growth—a number that investors use to make trading decisions about Netflix stock—before making it public.

CEO Reed Hastings acknowledged he was tempting fate with this highly unusual practice in his book No Rule Rules (Penguin Press, 2020).“The financial world sees this as reckless,” he wrote, “But the information has never been leaked. When it does one day leak (I imagine it will), we won’t overreact. We’ll just deal with that one case and continue with transparency.”

The prophetic conclusion is no longer theoretical: On Aug. 18, the US Securities and Exchange Commission (SEC) announced that three former Netflix employees and two outsider associates were charged in a multi-year, $3 million scandal that relied on non-public data about the company’s performance.

How the alleged insider trades at Netflix worked

The former Netflix engineer at the heart of the alleged scheme is Sung Mo “Jay” Jun, 49, who lives in Bellevue, Washington. When he worked at Netflix, he had access to subscriber information from at least July 2016 through February 2017, according to the SEC. In that time, he passed along information to his younger brother Joon Mo Jun, 45, and the senior Jun’s longtime friend Junwoo Chon, 49, both of who also live in Washington. Joon Mo Jun and Chon would, in turn, buy or sell Netflix stock accordingly before the analysts received the same information on earnings calls, the evidence suggests. Part of their windfall would be shared with Jay Joon as a cash kickback, according to the SEC.

“On many occasions during that period, Joon Jun and Chon placed trades minutes apart for identical Netflix options contracts,” the ageny’s complaint states.

Jun left Netflix in 2017, but he also made a personal trade ahead of the company’s April 2017 quarterly earnings call, allegedly based on information obtained when he was still at Netflix.

The apparent ringleader also allegedly tapped his former Netflix friends, including a mentee

That same year, Jun remained in contact with Ayden Lee, 33, a Netflix engineer who lives in San Jose, California, and who considered Jun a mentor, the SEC claims. Lee met the more experienced engineer when he interviewed for a job at Netflix.

Over a two-year period, Jun routinely asked Lee for information about Netflix’s performance. Lee, seeing Jun as a friend, complied, knowing that Jun was using the knowledge to place trades, the SEC claims.

Lee’s lawyer emphasized the power dynamics between the two men in a statement to Fortune about the case. He essentially said that his client was swindled by a persuasive, trusted mentor and that Lee did not himself receive cash kickbacks or trade on insider information. “Ayden is a young engineer who was taken advantage of by an older, more experienced former colleague whom he considered to be a mentor and friend,” the attorney stated. “Nevertheless, Ayden is taking full responsibility for his actions and looks forward to putting this mistake (which he made having scarcely passed his 30th birthday) behind him and moving forward with his life.”

Jun also is alleged to have solicited insider knowledge from one of his former friends at Netflix, Jae Hyeon Bae, age 42, in 2019. Bae had joined a private messaging channel called “Race Against the Market,” on “a popular business communication platform,” the SEC says. Jun, his brother,  and Chon were members of the same forum. The elder Jun contacted Bae to ask about how Netflix was doing before its second-quarter earnings call in July. Bae allegedly recommended selling Netflix shares, in advance of the release and the grim headlines that followed (“Netflix stock plummets after massive subscriber miss,” CNN noted).

In all, the SEC alleges that the group acquired and took advantage of nonpublic information ahead of 13 separate Netflix earnings announcements. (The regulator’s Market Abuse Unit used analytics tools to spot the suspiciously prescient trades.)

Netflix’s policy on making subscriber numbers available to any employee who is interested was also noted in the docket. “Netflix treats the subscriber numbers as confidential information according to its company policies, including its insider trading policy, which all employees must acknowledge,” the SEC said.

The five defendants have waived their right to a trial and agreed to pay penalties in the SEC’s case. The US Attorney’s Office for the Western District of Washington has also filed a criminal case that could lead to jail time, naming four of the defendants, all but Bae.

In recent years, Netflix has faced increasing competition from newer streaming providers, including Disney+, Apple, and Amazon Prime. The company most recently reported poor growth for the second quarter of 2021, when it also projected adding 3.5 million global paid subscribers in the third quarter, which would bring its total subscriber base to about 213 million.

Employees of Netflix, which declined to comment for this story, will likely still be among the first to know whether the company hits that goal. As the site Simply Wall St. notes, Hastings discussed his unusual policy of previewing internal information with his thousands of staffers in an interview with Financial Review last year. He echoed his remarks in his book, saying “as we grow, I’m sure stuff will leak eventually.”

“It’s really an apocryphal story that you can share a lot more with people than you think,” he said.

“There are risks of sharing, but there’s risks of alienation in not sharing also,” he continued. “The point is, most management teams drive to safety because they don’t want to see that leak. But when you run your organization like the security services run theirs, there’s [a] real cost to innovation, buy-in, and understanding.”