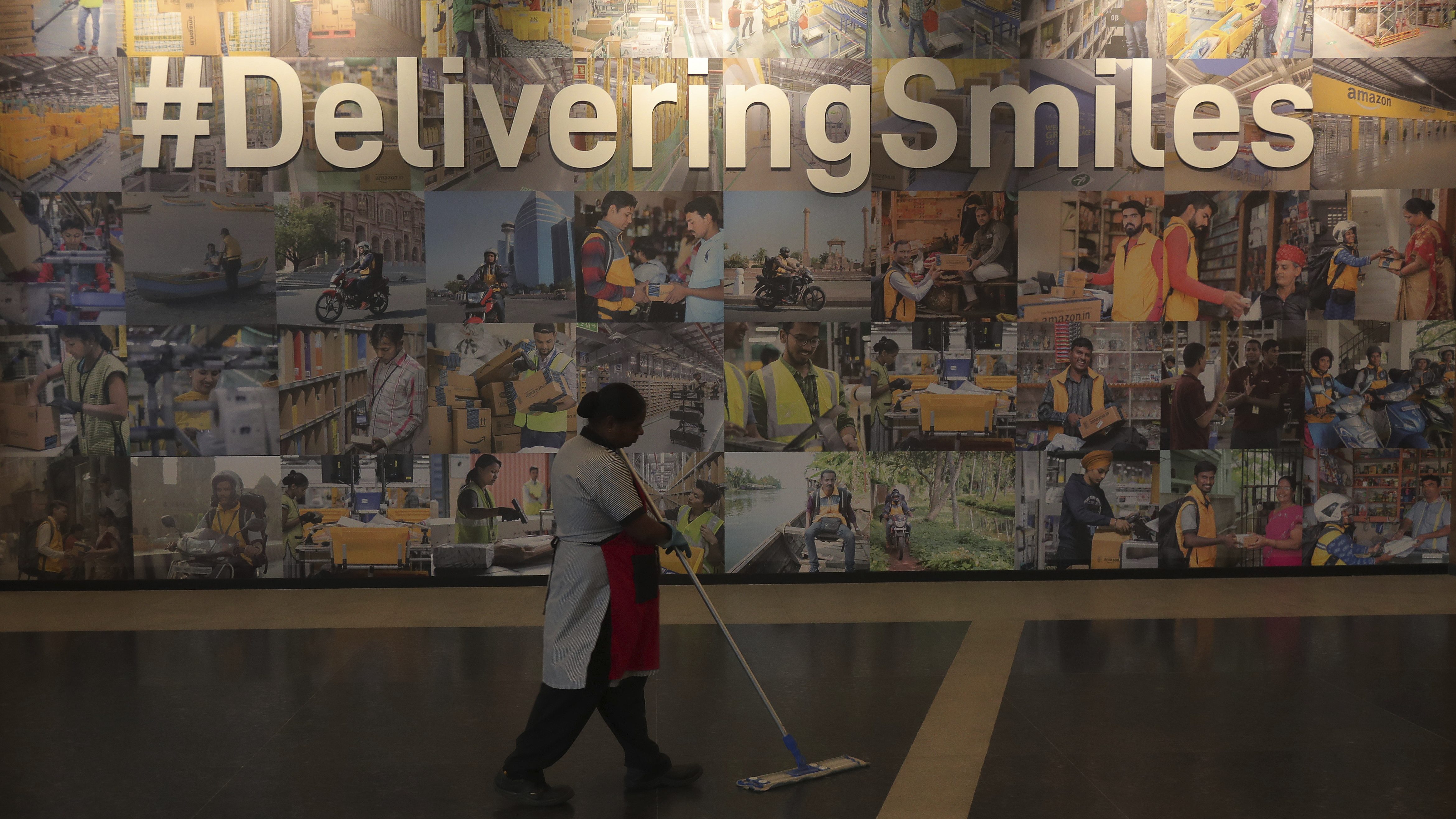 In just the past year, at least two large players have given up on India’s $4.2-billion food-delivery segment. Yet, that’s not stopping the world’s largest e-tailer from giving it a shot.

Amazon will reportedly take the plunge as early as next month. It is already running pilot for its employees across five high-density postcodes in Bengaluru, the Economic Times newspaper reported on Feb. 27.

The company may not have made its plans public, but reports say the new venture would either be part of its two-hour delivery service Prime Now or grocery business Amazon Fresh.

Either way, risk is inherent.

Currently, food-delivery in India is largely a duopoly between Gurugram-based Zomato and Bengaluru-based Swiggy, who have been aggressively weeding out the competition. In January, Zomato bought out Uber Eats’s India business, just eight months after Foodpanda (owned by ride-hailing major Ola) was muscled out.

Whether or not Amazon can dig its roots deeper, only time will tell.

The chance to feast

By 2023, online food-delivery in India is estimated to touch $12.53 billion, expanding at an annual rate of 15%. This is higher than the global average of around 9%, says DataLabs, the research arm of news portal Inc42.

Besides just benefitting from food-delivery, for Amazon, the end goal is to attract, retain, and lock in customers in its ecosystem. Things like prime membership with free delivery and video-streaming and music-streaming, are all meant to form habits and get users to return.

“With food, Amazon will be able to increase its offering to an area which has a high-frequency ordering opportunity,” said Sandipan Mitra, co-founder & CEO of food-tech platform HungerBox.

Given the company’s deep pockets and track record in India, experts believe it is uniquely placed to pull it off amid fierce competition.

“This isn’t completely new territory for Amazon,” Joshi, vice-president of Texas-based consultancy Everest Group, said. “Amazon by the very DNA gets attracted to businesses fundamentally related to supply chain and logistics. Businesses that can be scaled are part of its intrinsic strategy and food-delivery fits the bill.”

Most casualties in India’s food-delivery market so far have been those with paper-thin margins. None of the incumbents make money and has survived only because of a constant stream of investor funds.

For instance, Swiggy is backed by the likes of Naspers, Tencent, and Meituan-Dianping while Zomato’s got Alibaba’s Ant Financial and Shuwei Capital.

This might be a tall order for any other new player but Amazon.

The Jeff Bezoz firm’s robust logistics network could even give it a leg up. It is already used to two-hour deliveries with Amazon Prime Now.

Amazon can also leverage one offering to boost another. For instance, it can “lock in the supplier (restaurants) to use its grocery app and give them higher value,” said Harish HV, an independent consultant who tracks India’s startup scene.

Moreover, in recent months, restaurant-partners have become increasingly critical of Swiggy and Zomato’s deep discounting models. The two bigwigs have even irked their networks with high commissions touching up to 30%. Amazon, meanwhile, is reportedly charging only half that between 10% and 15%.

However, avoiding subsidies and also attaining profitability could be difficult. After all, unlike in the developed markets such as the US, where the value of each delivery item is about $33, in India, it is a mere $4.

Besides, Amazon’s food-tech play is bigger than mere delivery.

“Given its massive data-crunching power, Amazon isn’t going to just stop at what Swiggy and Zomato have been doing,” says Yugal Joshi, vice-president of Texas-based consultancy Everest Group. “It will create an individual persona of users, who is buying what at what time of the day, week, season, weather etc. This massive data will then be fed to its other businesses for cross-selling opportunities.”