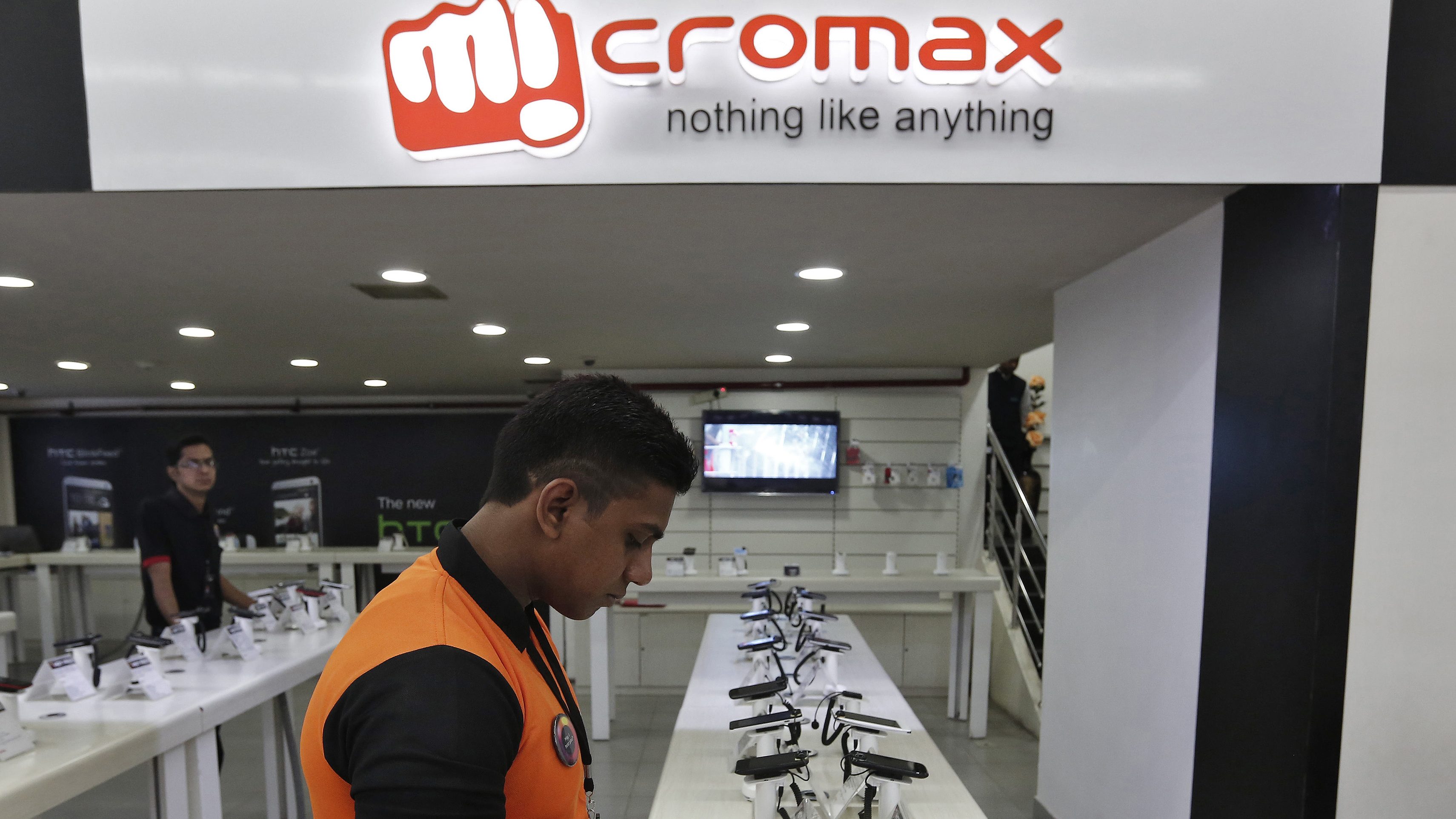 Around five years after Chinese companies beat it on its own turf, India’s most prominent homegrown smartphone brand, Micromax, is attempting a comeback with a nationalistic vigor.

Riding the anti-China sentiment amid border tensions between the two countries, Gurugram-based Micromax is all set to unveil a new “made in India” smartphone series called IN on Nov. 3.

In trying to cash in on the wave, the company may, in fact, gone a little overboard with a racist tinge.  The tag line for the launch, “Aao karein thodi cheeni kum,” (let’s reduce the sugar) has a play on the Hindi word “cheeni,” which means sugar, and is also used to refer to people from China. In this context, the tag line translates to “let’s reduce Chinese presence.”

Micromax, which was a market leader in the affordable smartphone category in India in 2015, has stayed on the sidelines in recent years as it failed to compete with the aggressive pricing of Chinese rivals such as Xiaomi, Vivo, and Oppo.

Started in 1999, Micromax was founded by four college friends, Rahul Sharma, Vikas Jain, Sumeet Arora, and Rajesh Agarwal. “We were fresh out of college and quite raw when we first started off. It was around the time when the dot-com boom was taking off and all I could think of was software,” Sharma said at an event in New Delhi in 2017.

It took the company over a decade to launch its first device, an Android-based phone called Andro A60. At first, Micromax did not make its own phones. Instead, like most other smartphone makers at the time, it imported cheap handsets from China and sold them under its brand name.

The Micromax brand remained unnoticed in the initial years due to a lack of a distinct identity. But things changed when the company launched its Canvas series in 2013. The smartphones in this series offered a variety of features including an 8-megapixel rear camera, which no other brand was offering at that time in the affordable price range.

By 2013, Micromax was the third largest player in the Indian smartphone market after Samsung and Nokia who had ruled the roost for years.

In late 2013, Micromax made heads turn when it roped in Hollywood actor Hugh Jackman—the third highest paid male actor in the world at the time—as the brand ambassador of its new model, Canvas Turbo, which was priced at Rs19,999. This was groundbreaking because no other Indian smartphone maker had until then advertised at this scale.

By March 2015, Micromax had overtaken Samsung, grabbing a 22% share of India’s smartphone sales. Samsung contested the figures and insisted it was still the market leader. But unfazed by this contention, Micromax launched more than 40 new models in 2015 and by June that year became the first Indian mobile phone company to make it to Gartner’s elite list of top 10 phone makers in the world with a nearly 2% share of the global market.

In April 2014, Micromax announced that it has started manufacturing smartphones in India at its Rudraprayag facility in the mountain state of Uttarakhand.

However, this success was short-lived.

In 2016, while Micromax was trying to battle out Chinese competitors, its troubles increased by two surprise events: the sudden announcement by demonetisation by the Narendra Modi government, and Mukesh Ambani’s entry into the telecom sector with Reliance Jio.

“The first thing that happened was, thanks to our big brother in [Mumbai], the country went from 3G to 4G almost overnight,” Micromax’s Sharma said in an interview in 2017, referring to the September 2016 launch of Reliance Jio. “So that affected us in 2016. But we thought that we would launch our new phones in November.”

But “the big brother in Delhi then announced demonetisation and we knew that we couldn’t launch right away. So we were waiting for the right time to launch, and started things off in February [2017] ,” Sharma added.

This change in plan hurt the company hard.

By 2016, the Indian smartphone market had become the second largest in the world and caught the attention of Chinese companies. Brands such as Xiaomi, Oppo, and Vivo had launched models that directly competed with Micromax, and they steadily hurt Micromax’s dominance.

By the end of 2017, Micromax had dropped to the fifth position.

Over the last few years, Micromax has been operating without much buzz. In October 2019, it launched iOne Note, which almost went unnoticed.

But now, the tables seem to have turned.

Chinese smartphone brands have been facing the heat of the rising #boycottChina sentiment in India. In the premium smartphone segment (phones that cost over Rs25,000 ($340), for instance, Shenzhen-based OnePlus has lost dominance to South Korea’s Samsung.

And Micromax is hitting all the right notes.

In a promotional video launched weeks ahead of the launch, Micromax co-founder Sharma played the nationalist card narrating an emotional story of how he was defeated in its own country by Chinese firms. He also said that the Indo-China border tension nudged the company to return to the market with new vigor.

In an interview with Business Today in September, Sharma said the company hopes to get its old position back. “We understand the sweet spot of this market and you will have a Micromax product disrupting all of these sweet spots. We have the infrastructure and manufacturing set-up in place and are investing big time in R&D. We are here to disrupt,” he said.

Experts are not surprised. ”It’s expected out of them to be more direct and aggressive in their products and marketing along with the use of nationalism to rally more support among Indians,” said Ankit Malhotra, an analyst at Counterpoint Research.

Beyond just the sentiment, Micromax has several other factors that favour its new launch.

The Modi government has been making a push for local manufacturing to reduce dependence on China.

Among other things, Micromax will benefit from the recently announced production linked incentive (PLI) scheme under which the Indian government will choose five local companies and help them establish large scale mobile manufacturing by providing them incentives over the next five years.

With all the odds in its favour, the brand is confident that it’ll have the taste of success again, just like the old times.

However, some doubt if riding the anti-China wave is sufficient for Micromax to succeed in the long-term.

“The anti-China sentiment, which is slowly fading away, can help them in garnering awareness but chances of getting market share will eventually depend on their products and pricing,” Malhotra of Counterpoint Research said. “The perception of Micromax’s product quality and customer service wasn’t great when they exited the market, they’ll have to convince customers on that front. Micromax has to appear as a credible option with a differentiated product and messaging.”