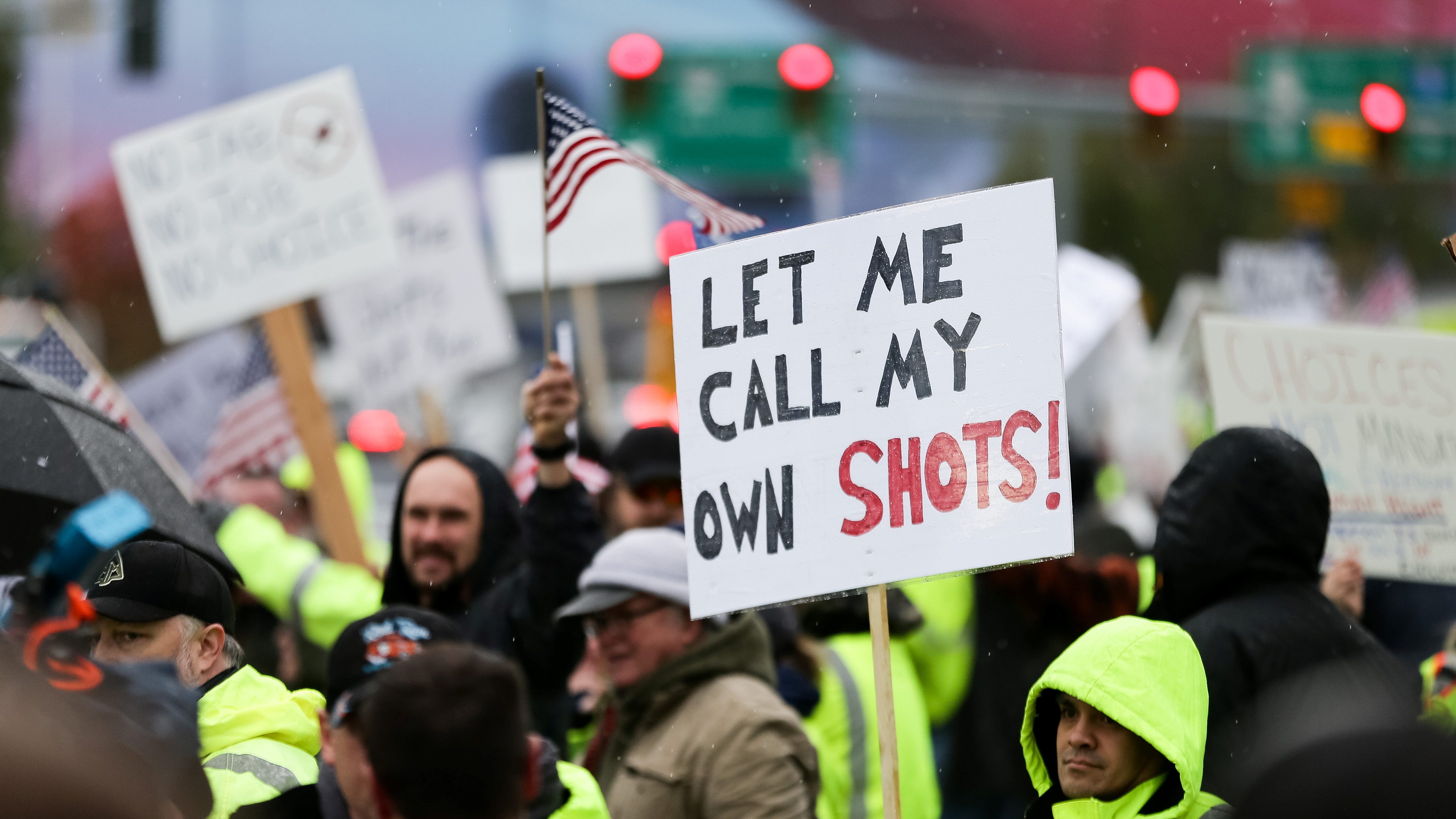 In the early 1900s, Cambridge, Massachusetts resident Henning Jacobson was fined $5 for refusing the smallpox vaccine. Henning, a pastor who had an adverse reaction to a vaccine as a child, challenged the penalty in court, using arguments not unlike those deployed by vaccine skeptics today. The shot should be a personal choice, he said, and he shouldn’t be subjected to potential vaccine side effects.

On Feb. 19, 1905, in a landmark 7-2 ruling, the US Supreme Court concluded that the public good can trump personal liberties when it comes to health and welfare, and “it is within the police power of a State to enact a compulsory vaccination law.” In 1922, again, the top court upheld a public school’s decision to bar a student from attending without proof of vaccination. A string of anti-vaccine lawsuits have been struck down since.

The US has a long history of vaccine mandates, starting with president George Washington’s 1777 order that all Continental Army soldiers undergo the crude and risky process of smallpox inoculation, which eventually led to their victory. Compulsory shots helped eradicate smallpox in the 20th century, along with curbing a spate of other illnesses, including diphtheria, tetanus, pertussis (whooping cough), polio, measles, rubella, and chickenpox.

If history is any guide, president Joe Biden’s covid-19 vaccine mandate for the US workforce should have a similar effect, but not without some pushback.

The US isn’t alone in mandating vaccines. In most of north and south America and much of Europe, childhood vaccinations are mandatory. On the other side of the world, Australia bans the enrollment of unvaccinated kids in preschools and child care centers, and parents who don’t vaccinate their kids aren’t eligible for child benefits. Globally, universities often ask for inoculation records, and much of international travel requires certain jabs.

With covid-19 ranking among the 10 deadliest pandemics in history, nearly two dozen countries have made the jab compulsory in some capacity. The consequences for refusing the vaccine range from fines of up to 5 million rupiah ($357) in Indonesia to 462,000 colones ($720) for public sector workers in Costa Rica. Italy will suspend workers who refuse the vaccine without pay, while Fiji will penalize employers with unvaccinated staff with fines and operation shutdowns.

In the US, employers with more than 100 employees face fines of up to $136,000 if their workforce is not fully vaccinated by Jan. 4, or tested weekly, according to new rules released by the White House yesterday (Nov. 4).

The resistance against Covid-19 vaccine mandates

The tough penalties are the federal government’s latest tack to overcome the return of America’s age-old tradition of opposing vaccine mandates. “We’re really seeing a lot of echoes of the smallpox era,” said Elena Conis, an associate professor and historian of medicine at the University of California, Berkeley. “Mandates elicit resistance. They always have.”

This time around, though, public health officials are contending with the internet’s power to magnify distrust, experts say. While parents in the US mostly trusted doctors and were happy to inoculate their kids for the better part of the 20th century, some are now wary of giving kids covid-19 shot due to the barrage of misinformation on social media.

Tens of millions of people subscribe to anti-vaccine groups and channels on Facebook and YouTube. And research has found that people who get their information from social media platforms are less likely to get vaccinated.

“Covid-19 vaccination has become politicized in a way that is unprecedented, with sharp partisan divides over whether Covid-19 is really a threat, and whether the guidance of scientific experts can be trusted,” James Colgrove, a public health professor at Columbia University, wrote recently. “The attention focused on Covid-19 vaccines has given new opportunities for anti-vaccination conspiracy theories to reach wide audiences.”

The best Apple Watch deals as of Dec. 6

Tons of iPads are down to record-low prices, plus more Apple deals as of Dec. 6