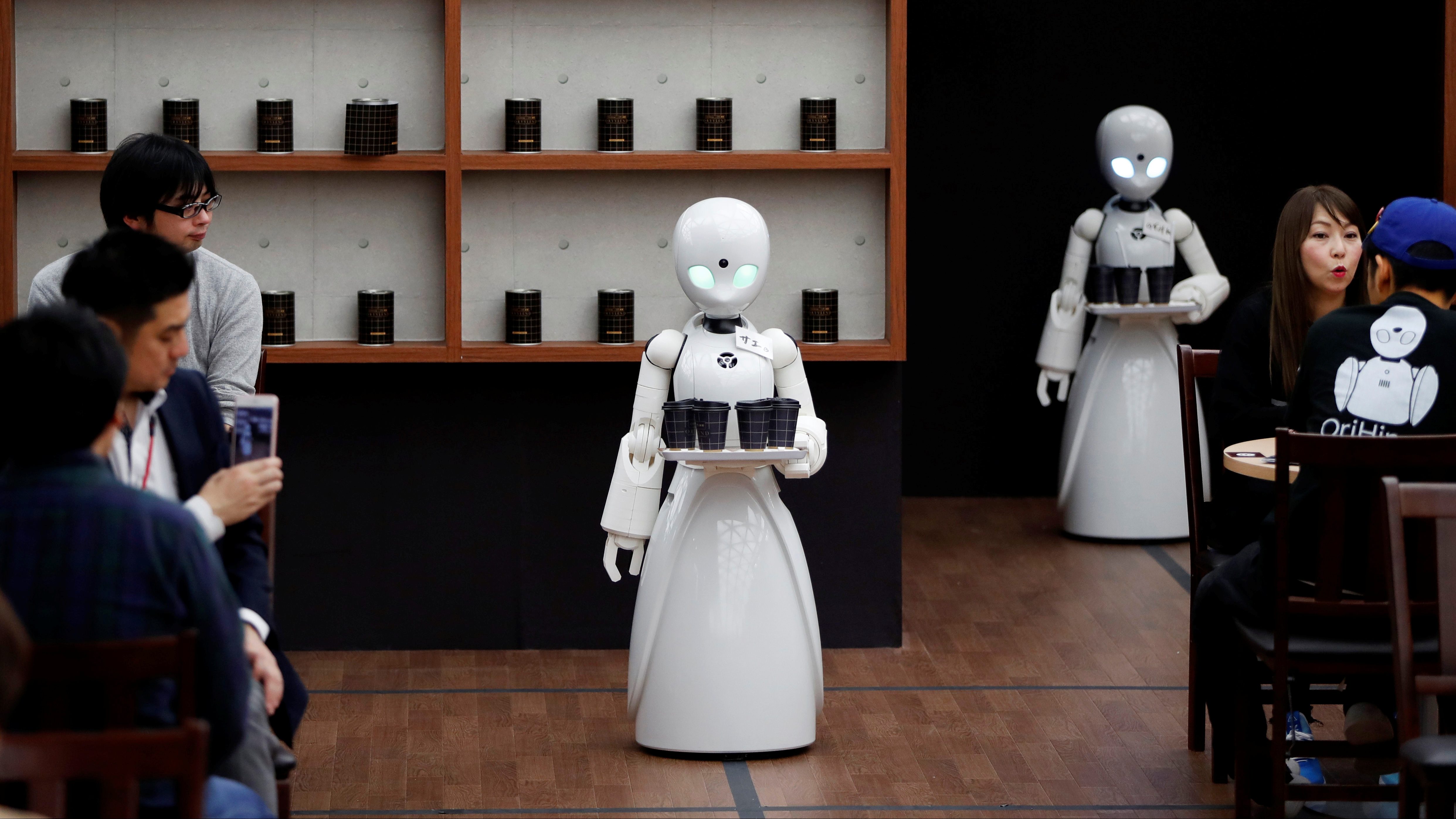 Silicon Valley’s version of the metaverse is starting to feel like yet another dystopia. Critics of Microsoft’s Mesh lament the dispiriting virtual office populated by legless humanoid avatars awkwardly trying to conjure meaningful interactions. While critics of Facebook have argued its version of the metaverse will simply reinforce the already damaged relationships we’ve been building online for years.

But in Japan, there’s a different type of avatar-run space that’s proving to be a conduit for meaningful human interaction.

Tokyo-based DAWN, or Diverse Avatar Working Network, is a cafe staffed by robots operated remotely by people with severe physical disabilities like amyotrophic lateral sclerosis also known as Lou Gehrig’s disease. The operators, referred to as “pilots,” can control the robots from home — from a wheelchair or bed — by mouse, tablet, or a gaze-controlled remote.

The experimental business won the grand prize in the prestigious Good Design Awards this year. Judges praised DAWN for developing “alter-ego robots” that remove obstacles to work. In its press statement, the committee said it expects “the cafe will serve as a starting point for further expansion of contact between people with various disabilities who want work, companies, and consumers.”

The challenge of designing solutions for homebound populations is particularly acute in Japan, where over a quarter of the population is unable to work due to physical disability, mental illness, or age. In February, prime minister Yoshihide Suga appointed the country’s first “minister of loneliness,” a cabinet-level official tasked with addressing social isolation and the spike in suicide among Japanese female workers in 2020.

Kentaro Yoshifuji, CEO of Ory Laboratory, the tech start-up behind DAWN, suggests that the cafe’s teleworking model could be a path to employment for people saddled with child care and homeschooling duties or people who, for health reasons, can’t be in public during the covid-19 pandemic. “Can we all, disabled and able-bodied, find new communities and participate while being confined to our homes?” he writes on DAWN’s website, adding that the line between “disabled” and “able-bodied” has become blurred.

How to design a humane avatar

DAWN started out as a pop-up café in 2018. Encouraged by the positive feedback from customers and employees about its early run, Ory Laboratory opened a permanent outpost in Tokyo’s Nihonbashi district in June. The telepresence bots serving up simple diner fare like burgers and rice dishes, are called OriHime-D. They were first developed by Yoshifuji when he couldn’t attend school because of a medical condition.

The four-foot tall robot servers welcome diners, take orders, deliver food, and clear tables. At DAWN, they sport accessories like scarves or bonnets and ID cards with photos of workers controlling them behind the scenes. Each bot has a built-in camera, a microphone, and speakers. OriHime-D’s 14 joint motors allow them to perform functions like carry trays or pick-up plates and cups.

Beyond the cafe, the Ory Laboratory’s robots also work as guides and greeters at department stores, transport stations and corporate offices throughout Japan where many employers are turning to robotics and automation to bridge gaps in the labor force. A 2018 report published by the International Monetary Fund ranks Japan among the “most robot-integrated economies in the world in terms of robot density,” with about three robots per human worker in the manufacturing sector.

It sounds counterintuitive, but Yoshifuji believes that a more abstract face can be more versatile and relatable than humanoid avatars. This is critical as we design avatars for virtual and hybrid worlds of the future.

In a paper presented at last year’s International Conference on Human-Robot Interaction, he and co-authors Kazuaki Takeuchi, and Yoichi Yamazaki, explain that the more abstract the avatar design, the greater the chance of the operator’s character and personality coming through.