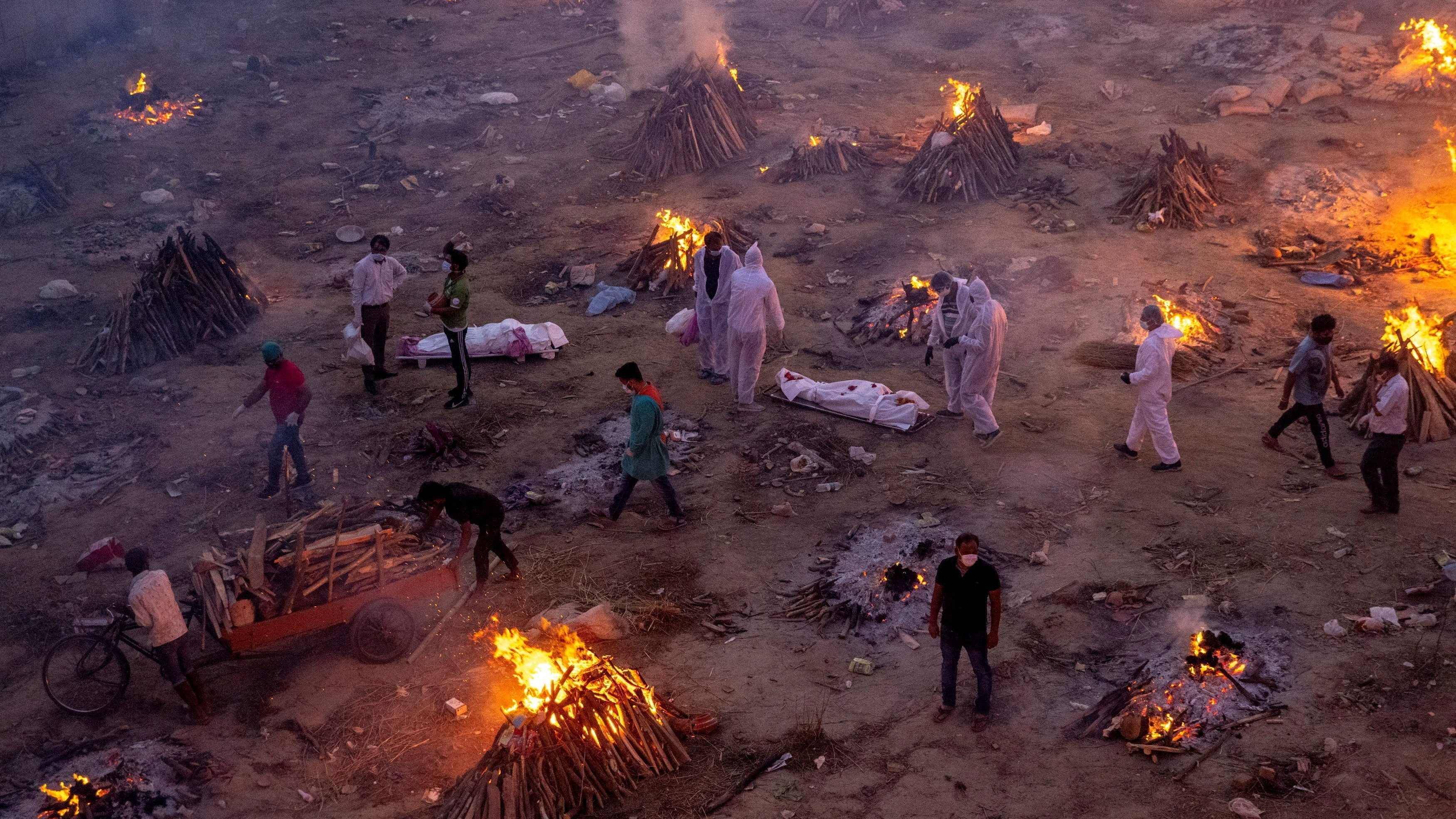 If India was to accurately account for all the Covid-19 deaths in the country, it would likely double the confirmed global death toll for 2021.

The country may have undercounted its pandemic fatalities by seven or eight times, a new study conducted by researchers in India, Canada, and the US has found. This would take India’s Covid-19 mortality from the official 422,022 to between 3.1 and 3.4 million. To date, the World Health Organization (WHO) estimates 4.18 million people have died of Covid-19, of which about 2 million were in 2021.

During India’s brutal second wave of Covid-19 in the months between April and June, public health experts, human rights activists, and the international community blamed the Narendra Modi government for undercounting deaths. The sense was that several deaths were not being attributed to Covid-19, while the country’s crematoriums and makeshift riverside graveyards revealed a ghastly side of India’s Covid crisis.

“We recognise that multiple challenges lead to underreporting of Covid-19 fatalities including deaths that occur outside of hospitals that either are not captured or incur a lag, deaths that are classified under comorbid illnesses, deaths that are attributable to low access to quality health care or a shortage of healthcare resources, and deaths that are undetected as a result of an inadequate COVID-19 testing programme,” researchers, including noted epidemiologists Giridhara R Babu and Bhramar Mukherjee, wrote in the American Journal of Public Health (AJPH) on July 27. “Our review of the existing evidence suggests that the problem is particularly acute for India, where a large number of deaths (especially ones happening outside a healthcare facility or in rural areas) routinely remain medically unreported,” they said.

With excess mortality data, which the WHO also recognises as an important tool in measuring casualties where official data is not available, researchers are now coming closer to a conclusive number for India’s Covid-19 death toll.

How Covid-19 death data can be measured

The authors of the preprint, which is not yet peer-reviewed, parsed through India’s civil registration system (CRS) data and extrapolated excess mortality in the country between the months of June 2020 and July 2021. They then compared this to the mortality data from 2019, focussing on cities and states where at least 50% of the expected deaths (based on past trends) were officially registered.

The second element of this research was to analyse death data from 200,000 public hospitals and small healthcare facilities, 90% of which were in rural areas. A third element was to use data collected from telephone surveys conducted by CVoter, a Delhi-based international polling and research company.

All three elements of the methodology revealed excess deaths over estimated trends to be significantly higher in 2020 and 2021.

All three elements of the methodology revealed excess deaths over estimated trends to be significantly higher in 2020 and 2021. During the second wave, particularly, excess deaths were exponentially higher in some states.

The authors of the study have also adjusted for factors such as fewer road accidents and injury-related deaths during the lockdown. The other limitation that prevents these estimates from being conclusive is that several people died because of neglected health services that were all focused on Covid-19. “However, changes in causes of death aside from COVID are likely small compared to the sharp increases in COVID deaths, particularly during the second viral wave,” the authors note.

The study also reduces the estimates it received from the telephone surveys to account for people who may have reported deaths in their immediate families.

India has prided itself on keeping its case fatality ratio low. According to its official figures, there are about 290 Covid-19 deaths per million population. But estimates from this new research “would put India’s death rate per million in the range reported in Latin America (around 2,000/million), where registration of deaths is far more complete,” the authors note.

India’s incomplete civil registration data, which is not just a product of the pandemic, has only made it harder to capture the true impact of Covid-19 in the country. “India still does not register about 3 million deaths annually and does not certify the medical cause in about 8 million,” the authors write. Mortality data, the authors say, will be crucial for the handling of a potential third wave of Covid-19 in the country.

”Deficiency in the Covid-19 death reporting has harmful ramifications. It limits modelers’ ability to predict the course of the pandemic, gauge its impact, and estimate health care resource needs—including oxygen supplies and hospital beds,” Mukherjee and others writing in the AJPH noted. “Death not being reported reflects dishonour to the entire life of a person.”