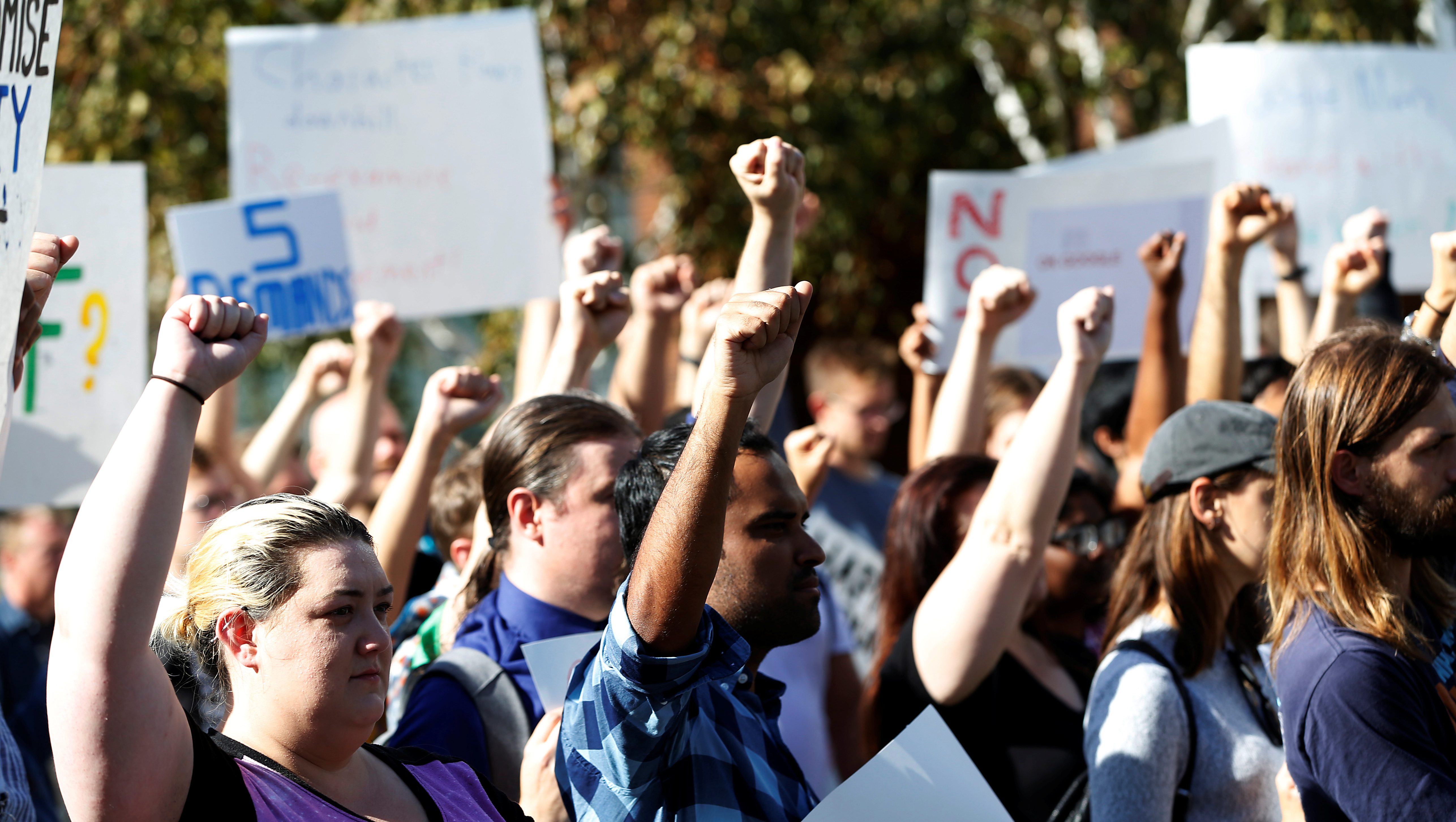 On the first work day of 2021, the New York Times broke the startling news that more than 200 Google engineers had unionized with the Communications Workers of America to form the Alphabet Workers Union. More than 260,000 people work for Google, so this minority union, which spent a year organizing in secrecy, will be limited in its power as it launches. But it might be seen as the thin edge of the wedge that’s busting open the door to more widespread collective action inside Google.

Indeed, the group is positioning itself as “primarily an effort to give structure and longevity to activism at Google, rather than to negotiate for a contract,” the Times writes.

“We are joining together—temps, vendors, contractors, and full-time employees—to create a unified worker voice,” two leaders of the new union also wrote in an op-ed for the Times. “We want Alphabet to be a company where workers have a meaningful say in decisions that affect us and the societies we live in.”

A range of activists, organizers, and scholars who recently spoke to Quartz about trends in employee activism shared a common and similarly themed message: US companies should expect more pressure from their employees in 2021, not less.

Employee activism, if not unionization, has been on the rise in the US for several years, egged on perhaps by companies that have positioned themselves as employee-friendly and compassionate—basically daring employees or gig workers to speak out on social media when the organization’s professed values are violated.

And then came the global pandemic.

On Christmas trees in 2020, next to little drummer boys and tin soldiers, there were miniatures of American physician Anthony Fauci and a range of equally revered if nameless figures: grocery stores clerk, bus drivers, caregivers, and delivery people.

They were touching tributes a year in which frontline employees put their lives at risk, too often with tragic results, to look after the sick or to keep shelves stocked. The new ornaments could also be read as a sign of what to expect in the coming year: namely, increased attention paid to essential workers and their requests for pandemic hazard pay, or simply a living wage from the world’s richest man, and better personal protection equipment.

Support for hourly earners has come from “a wide swath of Americans,” says Michelle Miller, co-founder of Coworker.org, a nonprofit that supports non-unionized workers with their campaigns for change through collective action. Public approval of unions in general has also reached a high not seen since 2003: In September, Gallup reported that 65% of Americans think positively about unions (though that support is fairly concentrated among Democratic voters).

“It’s not only frontline workers who want more for working people—it’s everyone, including managers and executives inside the companies who have so far denied lower-income employees some key benefits,” Miller says.

In the US and other developed countries, jobs that allow a city to keep operating have long been undervalued, literally (real wages have hardly increased for hourly workers over the past 40 years) and in our mental rankings of which jobs matter most. But a chastened public appears ready now to support employees at places like Whole Foods and Trader Joe’s, along with Instacart delivery workers, fast-food workers, and warehouse workers who have taken their battles for better pay or benefits and more safety at work to the public forum, whether in the streets or online, during the pandemic.

It’s possible the convergence of these trends also will equate to wider support even for well-paid tech employees in lavish workplaces like Google’s. But those workers didn’t need the public on their side to make waves in their industry before the pandemic and they aren’t dependent on it now; there is ample power in their status as skilled workers, highly sought after by employers that have been scrambling to keep the peace.

Eventually the pandemic will recede and its workplace-related controversies will one day be memories. But organizers and activists tell Quartz the walkouts, sickouts, and unionizing will continue, with renewed energy.

In some workplaces, the pandemic has ushered in greater use of automated technology, robotics, and artificial intelligence, at a faster pace than would have been expected otherwise, says Liz Shurer, secretary-treasurer of the AFL-CIO. Employees “want to be further upstream,” in discussions about what comes next, she says.

Technology also has been a motivating factor in workplace actions at Google, though its employees are concerned less with their own job security and more with how the code they develop gets used. Social movements, too, from women’s rights to Black Lives Matter to the fight against climate change, have animated employee activism across the tech sector—and will likely continue to do so.

“We’re going to see more and more of a voice—not necessarily a traditional single union representing all workers, but groups that reflect the social identity that people bring into the workplace and want to have expressed legitimately at work,” says Thomas Kochan, a professor of work and employment research at MIT Sloan School of Management said.

Employees will continue to form networks around those identities and membership will cut across all levels of a company and push for equity within the organization, says Kochan. “That’s going to lead to more fluid forms of organizing, and companies are beginning to understand that that’s the new world of work,” he says.

Of course it’s possible that issues around identity, and related immigration laws or border control activity, will no longer hold the same emotional charge under a new administration in the White House, leading to fewer workplace walkouts for social and political causes. Or that employees will feel less able to speak out if the labor market remains significantly weakened.

However, it’s also unlikely that tech companies will cease selling software to police forces that violently oppress Black Americans, or that they’ll soon resolve unfair practices in hiring, or biases in AI, or that they’ll resist attempts to suppress employees who raise red flags—all of these practices are likely to carry on and elicit strong responses.

And if 2020 has taught us anything, it’s that we can’t possibly know what new battles and flashpoints will emerge.