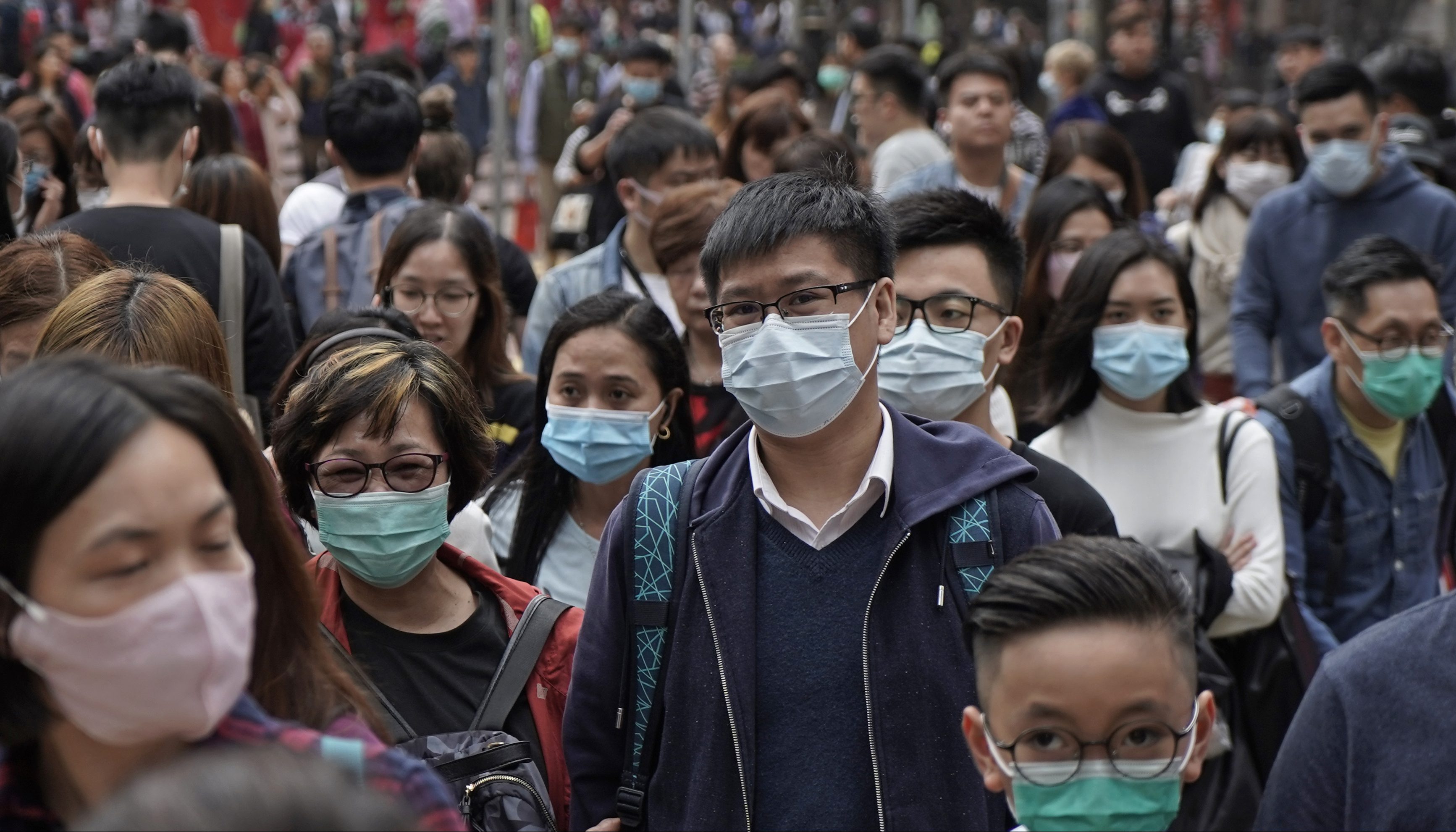 During its seven decades of ruling in China, the Chinese Communist Party has become increasingly skilled at crushing street protests such as the 1989 Tiananmen Square student demonstrations. But the government is now facing a new form of resistance that may be a little harder to put down—“Tang Ping” (躺平) or lying flat, a passive approach to life that subtly thwarts the government’s desire to foster a hardworking and productive populace.

The concept advocates an almost monastic outlook, including not getting married, not having children, not having a job, not owning property, and consuming as little as possible. For many, this is almost the only way in an authoritarian country to fight against the growing pressures from long work hours, skyrocketing housing prices, and the ever higher cost of raising children. Lifestyle philosophies based on rejecting ambition, and being a cog in China’s capitalist machine have been spreading in recent years, and “lying flat” is the latest culmination of such trends, explained Wu Qiang, an independent political analyst in Beijing.

“Chinese youngsters, or in general the working population, have experienced huge societal and political changes in the past nine years, [leading them to realize] that there is neither the possibility for initiating a revolution nor the freedom of expression. Under such a condition, lying down has become the only option,” Wu told Quartz.

In a sign of the Party’s concern over the idea’s popularity, Chinese social media platform Douban has censored a discussion group of nearly 10,000 members about lying flat, while some state-owned media have urged young people to ditch the idea. “The new generation is not a generation that chooses to lie flat, but one that chooses to work hard!” the Xinhua news agency said in an article in May, citing examples of young medical professionals fighting hard against the pandemic.

“The fear is such trends, after gaining online traction can mobilize public support and quickly turn into protest movements,” said Valarie Tan, an analyst at German think tank Merics whose research focuses on Chinese elites and societal and media debates. That concern is heightened given the 100th anniversary of the Party in July. “So that is why the movement was quickly censored or publicly criticized to mitigate its popularity.”

Of course, the lying flat trend has yet to, or probably never will become an organized political movement. But it is the deep discontent expressed behind the thinking that has Beijing worried. A generation that no longer wants to enter an endless rat race could slow consumption and therefore economic growth, undermining the key moral justification for one-party rule. Moreover, while the Party is good at using its security apparatus to suppress protests, the very passivity of lying flat make the idea much harder for the regime to counter.

“The essence of lying flat is the dismantling of the Party’s control of people,” a young Chinese student in the US told Quartz.

“The essence of lying flat is the dismantling of the Party’s control of people.”

How did the “lying flat” meme become popular?

In April, a user named Kind-Hearted Traveler shared a post on Chinese search engine Baidu about why he lives a minimalist life.

I haven’t been working for two years, I have just been hanging around and I don’t see anything wrong with this. Pressure mainly comes from comparisons with your peers and the values of the older generation. These pressures keep popping up…But, we don’t have to abide by these (norms). I can live like Diogenes and sleep inside a wooden bucket, enjoying sunshine. I can live like Heraclitus in a cave, thinking about the “logos.” Since this land has never had a school of thought that upholds human subjectivity, I can develop one on my own. Lying down is my philosophical movement. Only through lying flat can humans become the measure of all things.

The post was soon shared on other platforms including Weibo, where it has been reposted tens of thousands of times. On Baidu’s discussion forum Tieba, followers of the idea shared pictures of them literally lying on the bed, or tips on how to save money.

Luo Huazhong, the author of the lying flat post, said in the thread that he only eats two meals a day, usually eggs, rice, and noodles, spending only around 200 yuan ($31) each month. He makes money through odd jobs, which fittingly also involve lying flat—one of his side hustles includes being an extra in movies, in which he sometimes plays a dead body. In an interview, he told Epoch Story, a social affairs-focused account on messaging app WeChat, that he spends most of his time swimming and reading books, including those about American society. “I’d like to understand what people in a foreign country think about, I care more about their status as human beings,” he said.

Luo said he was not surprised by the overnight popularity of lying flat, or the rejection of hustle culture, which in China is dubbed ”996,” or working from 9am to 9pm, six days a week. “Of course, not everyone can choose to lie down, but the society needs to give people the option to progress or opt out of life,” he told Epoch Story.

“Society needs to give people the option to progress or opt-out.”

The popularity of the lying flat philosophy parallels an air of despondency in younger generations globally. Coming of age first in the global recession, and then facing the global pandemic as they emerged from the earlier crisis, economists say millennials and their younger siblings will be slower to start families and build wealth than earlier generations. In China, this sense of stagnancy is compounded by the fact that there is little chance of rallying around a political figure who can promise to try and level the system.

“The lying flat of youngsters means there are issues with the society. People no longer believe they can advance in the social class by working hard,” said 29-year-old Charlotte Li, who works in the financial industry. “As for myself, I have decided to not purchase pricey properties, and I try hard to pursue a work-life balance. Many friends of mine also have similar thoughts as me, refusing to buy a property or having children,” she told Quartz.

China’s rise was powered over decades by millions of individual strivers for whom their own progress and the country’s were interlinked. But many young people increasingly see the progress of the country diverging from advancement in their own lives.

That’s why some Chinese Gen Z, especially those who are still in school, have been staunchly on the frontlines of defending China when it’s attacked over issues like human rights record, yet express sometimes sharp criticism about their own future in the country—a kind of cognitive dissonance that has emerged more frequently in the wake of a series of incidents.

This month, rare protests erupted among some students in coastal Jiangsu province over a plan to emerge degree universities with vocational schools, which students suspected would downgrade the prestige of their education. Videos showed the students clashing violently with the police, some of whom used batons and pepper sprays on the youngsters. Eventually, the authorities decided to halt the merger plan after the strong backlash.

Such incidents have led some young people to a harsh reckoning that factors beyond their control could take away their seemingly privileged status overnight, say observers.

“Whenever online comments are about the fate of the country, they are always optimistic, believing that rival countries are falling behind while China is getting ever more powerful. But when it comes to housing prices or birth rates, the remarks are mostly pessimistic, either venting frustration or urging people to lie down,” user Weixi posted on Chinese financial forum Xueqiu, referring to comments on Chinese video streaming website Bilibili favored by the Gen Z.

“You can’t stand up, but you don’t want to kneel down. Then you can only lie flat.”

In an analysis published in January, Xi Xican, an assistant professor of economics at the prestigious Fudan University, attributed such a divide to China’s economy.

Xi pointed at China’s “extremely low” labor income as a percentage of GDP, which remains at around 40% in recent years compared to around 60% to 70% in developed countries. In addition, China’s spending on education and healthcare as a share of GDP is also lower than countries with a similar level of development, resulting in low quality and high prices for citizens.

“After considering those factors, we may find the seemingly contradicting views of youngsters on Bilibili not contradicting at all,” wrote Xi. Young people’s extreme optimism on the macro level and their pessimism and complaints on the micro level are both real. “This has prompted us to think about a fundamental issue of political and economic science: what is the ultimate purpose of our development? Is it for gaining a good GDP number, or increasing the people’s sense of gain and satisfaction?”

Last year, amid the pandemic, the “touching fish” philosophy took off, which saw people share slacking off tips about how to gain some “me time” at work. Lying flat is an even deeper response to the sense of being exploited both by the demands of work and the exhortations of the government to be more productive—many joke they are like leeks, that society seeks to harvest again and again. Against the backdrop of this fatigue, a Chinese policy decision to encourage people to have more children amid concerns over the economic impact of an aging population was met with a surprisingly strong wave of online rejection, and a resurgence of chatter about lying flat.

“You can’t stand up, but you don’t want to kneel down. Then you can only lie flat,” one Weibo user recently put it.