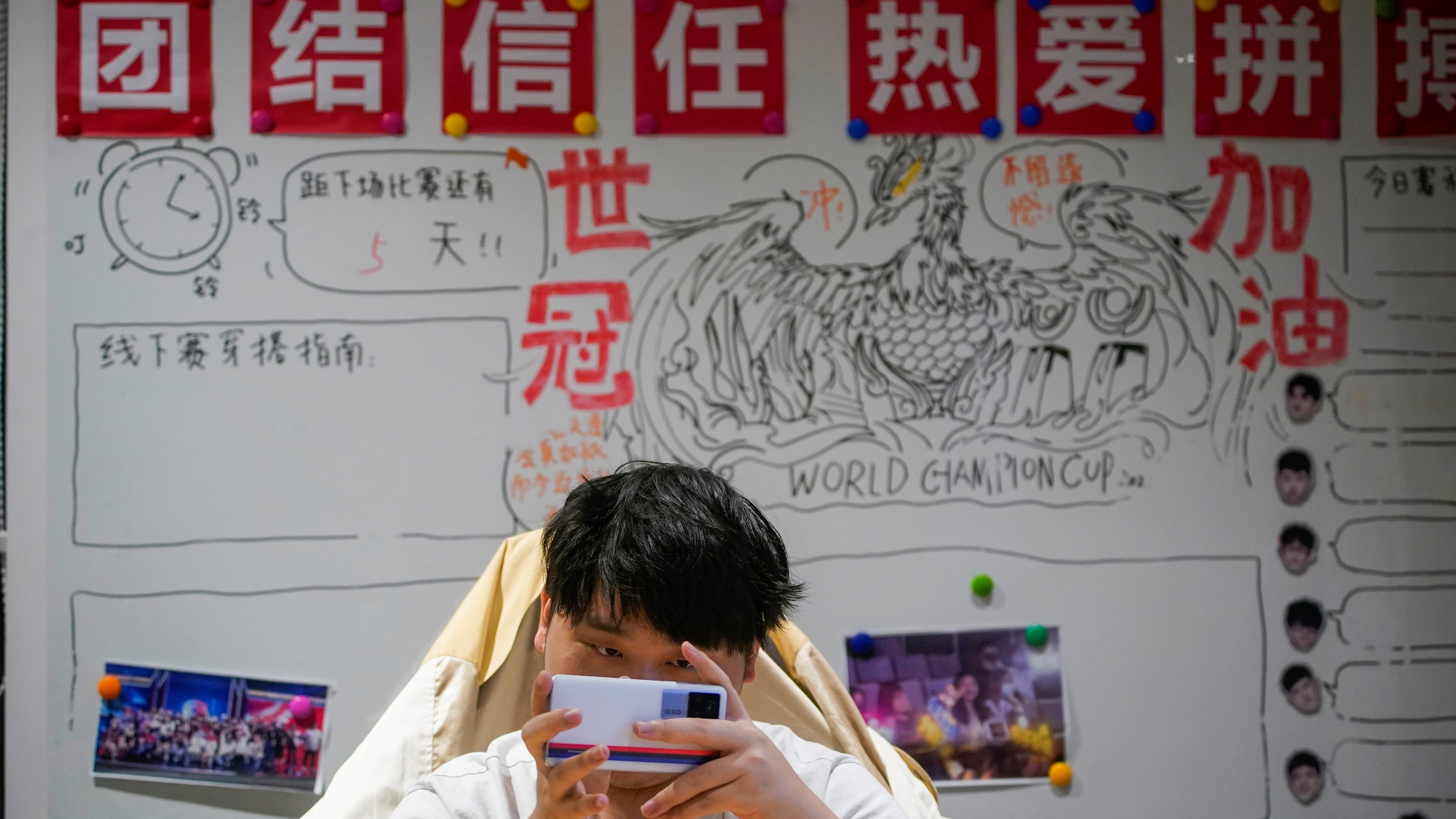 China may be cracking down on video game time for kids, but esports are still an arena of national competition and pride. When Chinese esports team Edward Gaming beat South Korea’s DWG Kia to win the the 2021 League of Legends world championship earlier this month, it sparked a frantic wave of celebrations across the country.

On the heels of that victory, the Chinese Communist Party inducted EDG’s Ming Kai into its ranks, a development authorities hailed as a way for the party’s “red energy” to spread in the industry. Ming, usually known by his in-game name CleverLove and a founding member of EDG, is the first player in China’s top professional LOL league to officially join the party, according to the team. In a photo posted by EDG of the ceremony held by party authorities in the Shanghai district of Huacao on Tuesday (Nov. 23), Ming is seen holding his fist up to his head, while facing the party’s flag.

In his application to become a party member, Ming, who is from the Chinese city of Wuhan, said he was in the city when it was under lockdown to stop the spread of Covid-19 last year. “Seeing the aid for Wuhan coming from places across the country, and how the party members among the doctors were always on the front line, their behavior has touched me deeply…After the pandemic, I have firmed my determination of joining the party,” he wrote in the letter, posted by EDG.

Shanghai’s Huacao district also shared the news on its Weibo account, saying it expects Ming to “continue to write heroic chapters” using his “red youth,” and inject “new red energy” into the industry. The party often uses the color red to refer to its spirit and ideologies, given that its flag is red and the color also a symbol of socialism globally. “Hope he can set a benchmark for party members in the esports industry, and pass on the outstanding personal will and qualities of party members to countless young players and all youngsters!” wrote the Huacao government.

China’s Communist Party has about 95 million members, including top entrepreneurs such as Jack Ma (who is now out of favor with officials). Since last year, most of those who have joined have been under 35, according to the South China Morning Post. Ordinary citizens have to go through a lengthy process that could last as long as three years, but applications are fast-tracked for those who are seen as having made exceptional contributions to the country.

Ming’s induction marks a way for the Party to cultivate its appeal among younger Chinese citizens at a time when the government is taking a closer interest in how young minds are shaped, both in school and afterwards. For that reason China has issued strict rules on game time, as well as creating censorship rules for video games, the top source of revenue for tech giants like Tencent and NetEase. Meanwhile, as regulators cast a harsh gaze at the private sphere, it has become increasingly vital for businesses to demonstrate loyalty to the Party, and show that they seek to operate in line with its vision for the country.