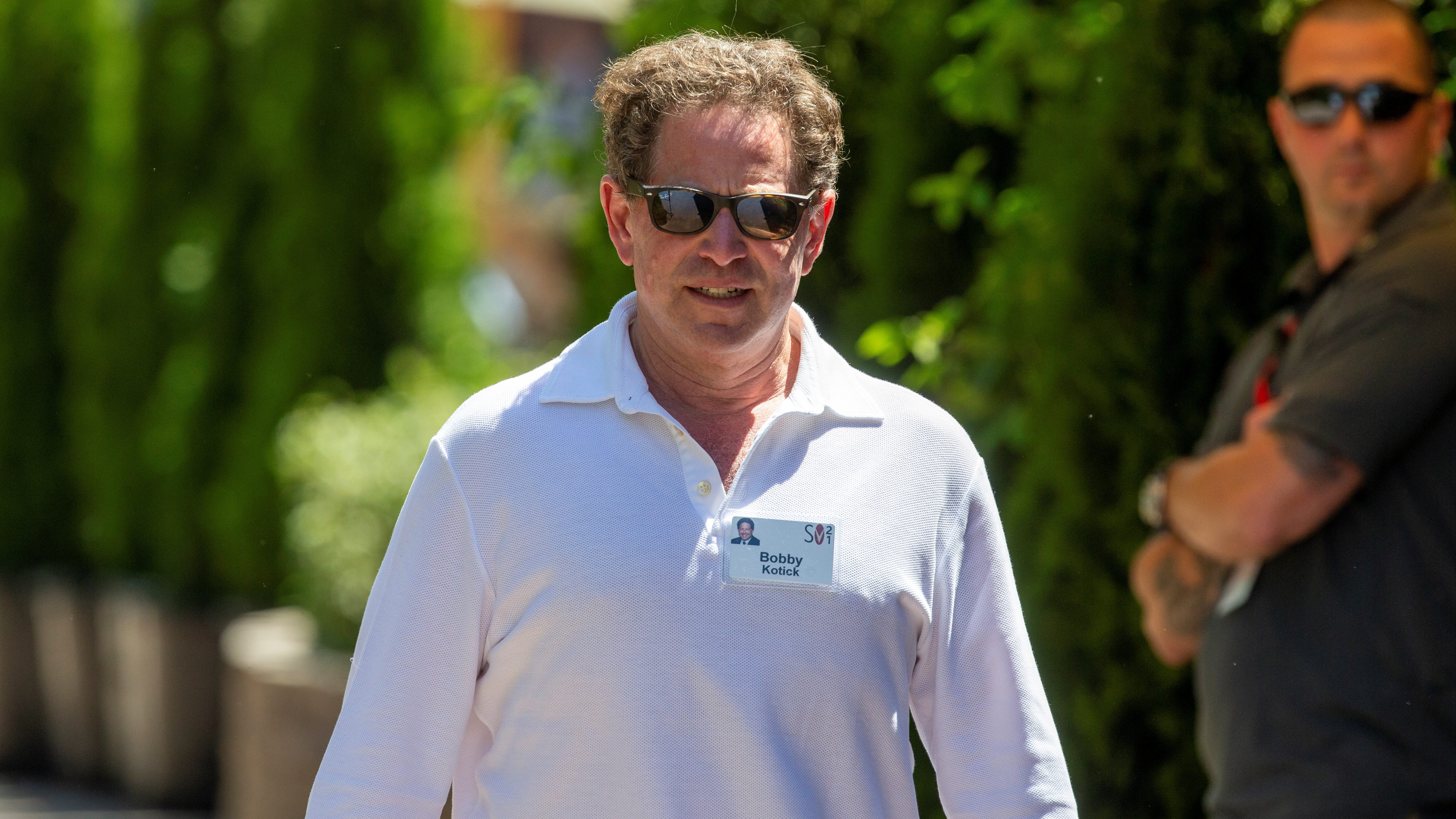 Bob Kotick, the longtime chief executive of gaming giant Activision Blizzard, is facing a barrage of calls to step down after a scathing Nov. 16 Wall Street Journal report that he knew about and downplayed allegations of sexual misconduct at the company. But despite an avalanche of accusations, ongoing regulatory probes, and an employee walkout, the Activision board is holding the line, and “remains confident” in Kotick’s leadership.

In a Nov. 16 message to employees, Kotick also showed no indication of an exit. “[Anyone] who doubts my conviction to be the most welcoming, inclusive workplace doesn’t really appreciate how important this is to me,” he wrote, in a memo that also promised to enforce a “zero-tolerance policy for inappropriate behavior.”

Activision Blizzard is the second largest publicly traded video game company by market capitalization. In the two days after the Wall Street Journal story, its stock fell more than 6%, inching closer to a 19-month low.

Regulators have been investigating allegations of sexual assault and mistreatment of female employees at Activision, which makes hugely popular games like World of Warcraft and Call of Duty, since at least 2018. Accusations detailed in the Journal story include a rape allegation from a former employee at an Activision-owned studio against her male supervisor, which Kotick settled out of court without informing the board. Some of the allegations are also directed at Kotick himself: that he threatened an assistant in 2006, and that his private jet pilot harassed a flight attendant in 2007. Both of those were settled out of court.

Many anecdotes also speak to Activision’s company culture. Several women complained of being inappropriately touched. Activision’s breastfeeding room didn’t have locks. At one party, scantily clad women danced on stripper poles. One hotel suite where some developers hung out was dubbed the “Cosby Suite,” complete with a massive portrait of Bill Cosby.

In September, Activision reached an $18 million settlement in a discrimination case with the Equal Employment Opportunity Commission (EEOC), which noted that employees had endured “sexual harassment that was severe or pervasive to alter the conditions of employment.” The three-year probe was only disclosed when the lawsuit became public this year.

The California Department of Fair Employment and Housing (DFEH)—which in July filed a lawsuit accusing Activision of ignoring complaints of harassment, discrimination, and retaliation by female employees, and of fostering a toxic “frat boy” culture—called the EEOC’s decision premature.

Since the EEOC settlement, Activision says it has fired or disciplined dozens of employees. “There is no place anywhere at our company for discrimination, harassment, or unequal treatment of any kind, and I am grateful to the employees who bravely shared their experiences,” Kotick said on Sept. 27. A month later, he announced the company’s new zero-tolerance harassment policy and vowed to increase the percentage of women and non-binary employees by 50%.

The EEOC case has also led to some major departures at Activision, including Jen Oneal, a co-head of Blizzard Entertainment and the company’s first female business unit head. In a Nov. 2 note announcing her departure, Oneal said she was leaving “not because I am without hope for Blizzard.” But the Journal reported that in a September email, Oneal wrote about being “tokenized, marginalized, and discriminated against” at the company.

Activision is now facing pressure from all sides to address its culture, starting with removing Kotick. As of today, an internal petition to oust him as CEO has over 1,337 employee signatures, representing more than 13% of the workforce. Earlier this week, over 100 employees staged a walkout. It was the second demonstration at the company since July, when DFEH filed its lawsuit.

On Nov.17, a group of the company’s shareholders also called for Kotick’s termination and changes on the Activision board (pdf).

The turmoil is even prompting pushback from other companies in the tech and gaming sphere. In an email to employees, Sony’s PlayStation chief wrote that Sony’s leadership was “disheartened and frankly stunned” by the allegations against Activision, which “has not done enough to address a deep-seated culture of discrimination and harassment.” The head of Microsoft’s XBox wrote in a similar email to staff that the company was “disturbed and deeply troubled by the horrific events and actions” at Activision. Microsoft is now in the process of evaluating its relationship with the game developer.