Activision Blizzard reported that 20 people have exited company and 20 more have been disciplined in its investigation of allegations of sex discrimination at the big video game giant.

The company said it has also added three full-time positions to our its ethics and compliance team and is planning to add 19 more in the future, including positions dedicated to investigations. It’s has also reorganized the Ethics & Compliance team to separate investigative resources from employee relations resources. And it is tripling its investment in employee training.

The actions are a response to the company’s own investigation into sexism complaints raised by the California Department of Fair Employment and Housing, which sued the company in July for sex discrimination in the workplace.

The state agency accused the company that makes games including World of Warcraft, Diablo, and Call of Duty of having a “frat boy” culture in which female employees are subjected to harassment, unequal pay, retaliation, and a failure to prevent harassment, the lawsuit said. Since that time, high-level leaders, mostly at the Blizzard Entertainment division, have exited the company.

Meanwhile, Activision Blizzard settled a similar complaint with the federal Equal Employment Opportunity Commission (EEOC) for $18 million. The state objected to that amount as too low, but it was hit with counter-allegations from the company that two attorneys working for the state had a conflict of interest, as they had previously been on the case at the EEOC.

“We look forward to resolving the case with the DFEH fairly in an appropriate court,” said spokesperson for Activision Blizzard, in a statement. “We share the EEOC and DFEH’s goal of a safe, inclusive workplace that rewards employees equitably and remain committed to the elimination of harassment and discrimination in our workplace.” 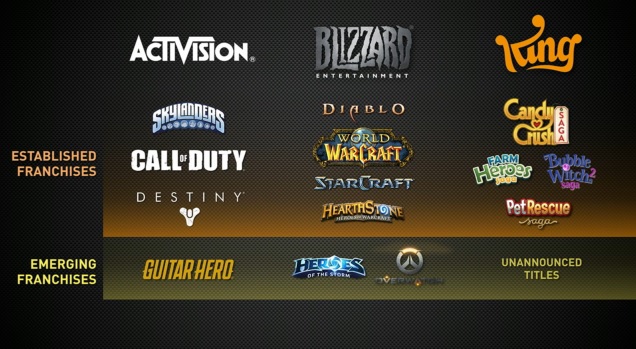 Above: Some of Activision Blizzard’s franchises

In its latest legal filing today, the company filed an “objection to non-complex designation,” which means that it wants the case moved to a court that specializes in overseeing complicated litigation. It cited several examples that make the case more complicated, including allegations by the EEOC that DFEH attorneys have violated ethical rules by switching jobs from the EEOC to the DFEH, and now are working against the EEOC.

And in another filing, Activision Blizzard asked for a stay and limit to discovery. It wants the court to halt proceedings in the case and allow discovery only on the EEOC’s recent allegations that DFEH lawyers have violated ethics rules.