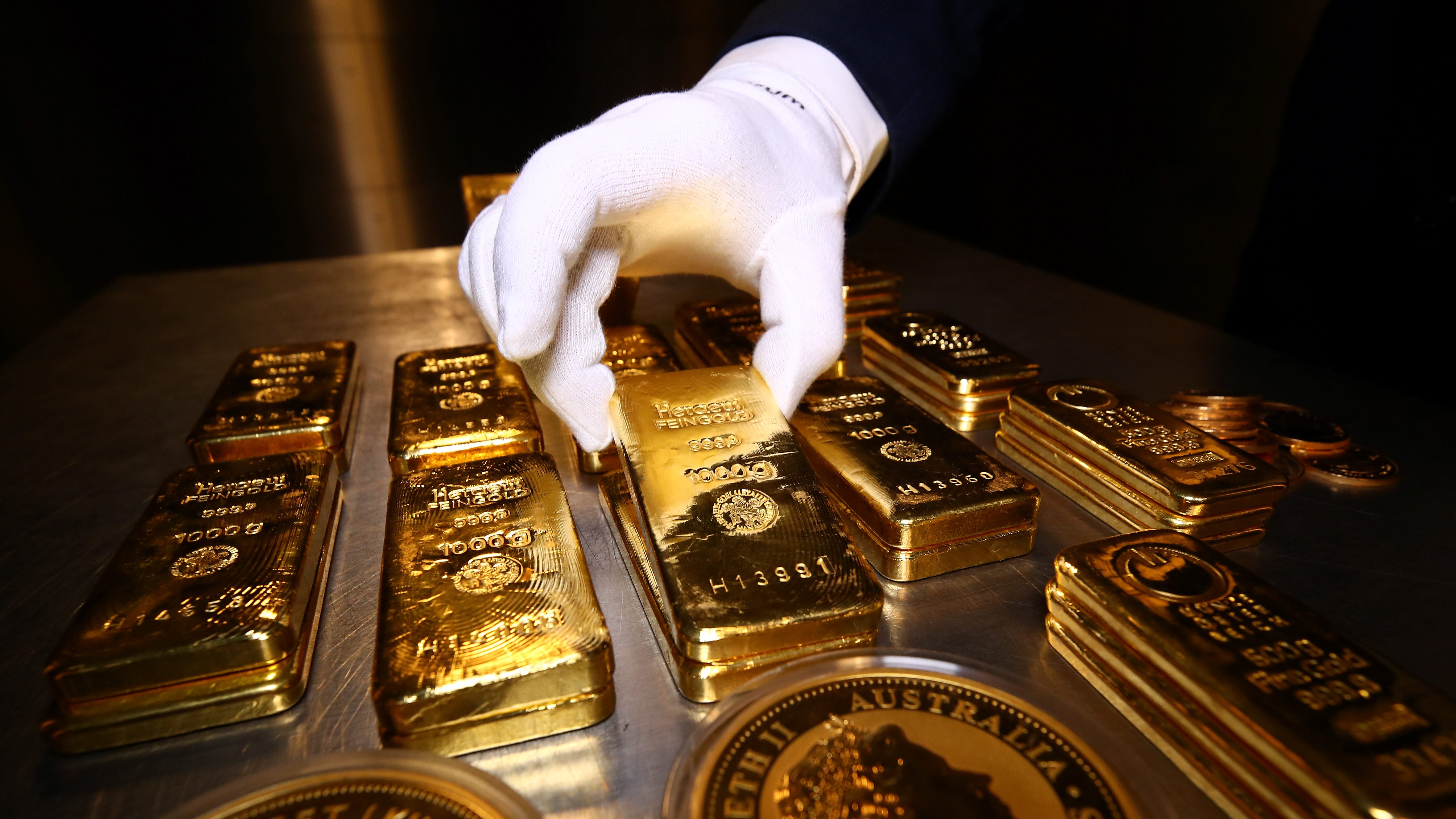 Frankincense and myrrh aren’t setting the commodities markets on fire, but gold is in high demand—as both Christmas gift and investment—for the second mid-pandemic holiday season in a row.

Daniel Fisher, the CEO of Physical Gold, which sells gold coins and bars, saw it first in November 2020. He called it an “extraordinary” time, in which his turnover jumped 2,000% compared to November 2019. “We couldn’t pick up the phone fast enough,” he said. Physical Gold sells through its web site but also takes orders over the phone, and it was through those conversations with new customers that Fisher and his staff learned of the rising popularity of gold as a stocking-stuffer.

The gift that keeps on hedging against inflation

Physical Gold sells bars of gold ranging from 5 g to 1 kg, as well as sovereign coins issued every year by the Royal Mint. A 2021 sovereign coin costs roughly £335 ($446), but older coins with historical value are costlier; a George V sovereign, minted between 1911 and 1932, costs around $470.

Coins and 5 g bars were of particular interest to customers who called Physical Gold last November to make their purchases. “These were people talking about how they worried about inflation, given how much money the government was printing for furlough programs during the pandemic,” Fisher said. “Some people wanted to pass down money to their kids or grandkids in a way that it didn’t lose its value over time, or they wanted them to learn the value of investment.” One man, Fisher recalled, spent a long time discussing how he could best shrink his inheritance tax by gifting his grandchildren gold. “The conversation landed on coins, because those are also free of capital gains tax,” Fisher said. “He ended up gifting his grandkids 30 or 40 coins apiece.”

People weren’t buying these coins last year because they couldn’t purchase other gifts—because supply chain snafus had delayed PlayStation deliveries or rendered Razor scooters out of stock. “I know this because we had supply chain issues with gold as well,” Fisher said. When customers called with orders, and Physical Gold could sometimes promise delivery only two or three months out, he remembered, “they’d say: ‘No problem. Lock me in.’”

The subsequent 12 months have been intensely active as well, Fisher said, as retail demand for gold stayed strong. Physical Gold doesn’t yet have numbers for the holiday season that’s just beginning; understandably, Fisher doesn’t expect yet another 2,000% bump in turnover. But he thinks that the UK is starting to see a “seasonality” to gold purchases that corresponds strongly with the run-up to Christmas.

The supply chain issues have improved, although Fisher said there are still “pockets where they say it’ll take two weeks to ship, rather than two days.” But while newly minted bars and coins are easy to source, convincing sellers to part with older coins is proving difficult. “If someone wants to buy 100 George V sovereigns, usually it would be quite easy to source them,” Fisher said. Now, though, the rising value of gold and the “uncertainty about the value of fiat currency,” Fisher said, is making people reluctant to part with their coins. “I’d have to tell the customer: ‘I can get them for you, but the price will be 5% higher.’ It’s an interesting dynamic, and I don’t think it’s ending any time soon.”

Like Fisher, North American gold retailers have been having a bumper pandemic. Last November and December, the Canadian firm Kitco Metals saw a 50% spike in sales compared to the same period in 2019 and 2018. Stefan Gleason, the president of Money Metals Exchange, a US dealer in precious metals, saw demand for gold double from Nov. 2019 to Nov. 2020—and double again from Nov. 2020 to Nov. 2021.

Gleason doesn’t spot a seasonal pattern to purchases yet, though. “More Americans are buying gold around the holiday season this year than last year,” he said, “but it’s hard for me to attribute that to anything besides the general uptrend in demand.”

Bart Kitner, the president of Kitco, is also cautious about attributing the winter’s surge in buying exclusively to gift-giving. In the summer of 2020, gold was

. By Nov. 2020, prices had cooled a little—a combination of events, Kitner said, that often leads to investor buying. And inevitably, investors looking at gold as an asset will outspend gift-givers, making the latter hard to spot within any larger surge in purchasing.

“People who buy gold as gifts probably would not spend more than $1,000 per purchase, and I think I’m being generous with that,” Kitner said. “Investors, on the other hand, will easily buy bars and coins for anywhere from $10,000 to $50,000 at a time. Approximately 5-10% of gold investors will spend upwards of $500,000 on bullion.” Kitco does sell a line in gifts and collectibles, and sales in that category also increased by 50% between Nov.-Dec. 2019 and Nov.-Dec. 2020. Kitner expects his 2021 holiday season to be less heated than last year’s. But given that gold is still selling for nearly $400 per ounce more than it was just before the pandemic, retailers will still—relatively speaking—have very happy holidays after all.