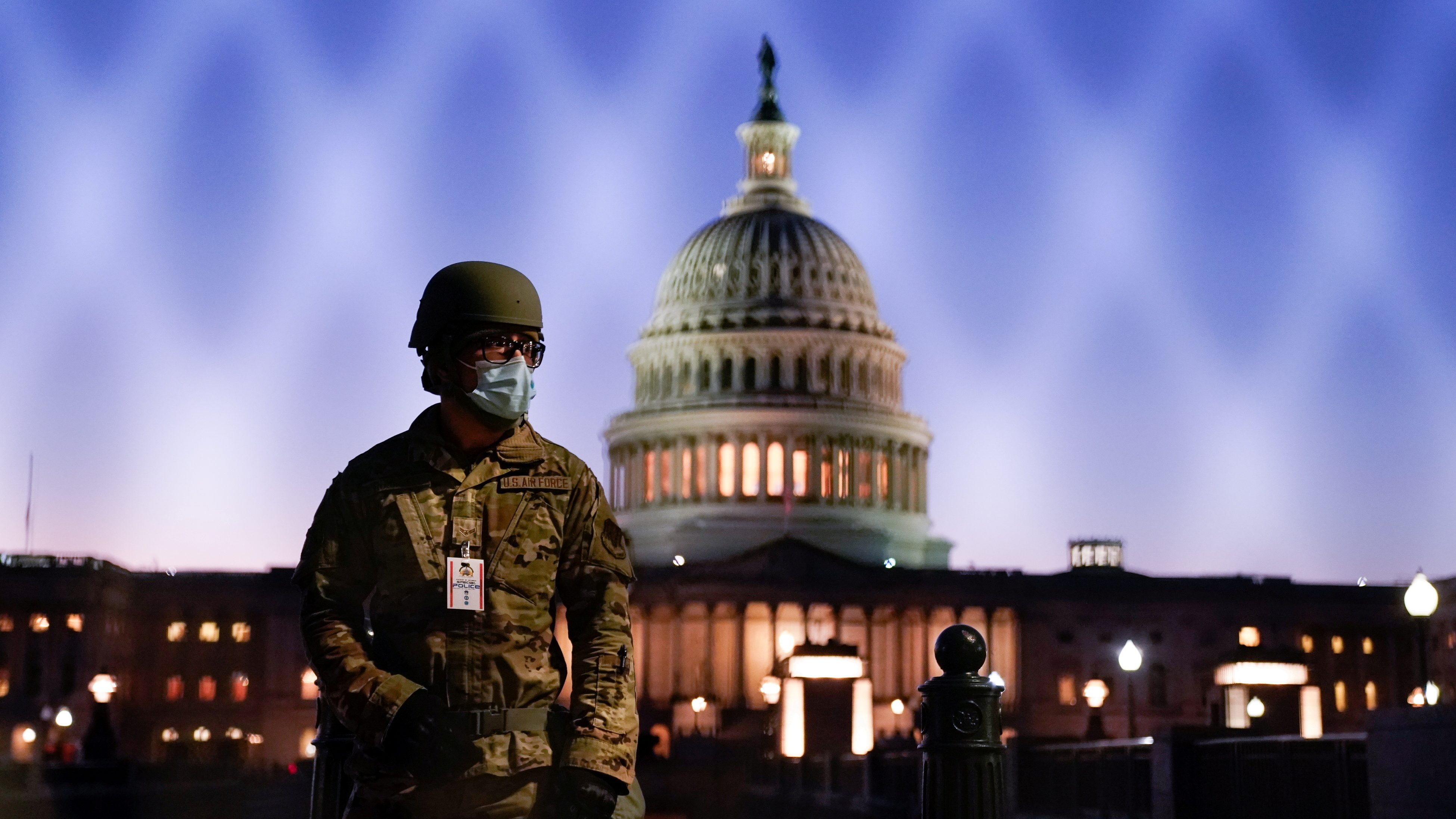 In the aftermath of an insurgency that briefly occupied the US Capitol, corporate America is flexing its political muscle. Unfortunately for the US, it shows just how much muscle executives have.

A few days after Donald Trump supporters stormed the seat of American political power, companies from hotel franchises to Wall Street banks said they will pause giving money to all politicians, or at least pull money from the ones who helped whip up the mob that broke into the Capitol by refusing to recognize Joe Biden won the November election. America’s tech giants have also cracked down, stripping the 45th US president and his supporters of their digital megaphones just days before his term ends.

Anyone who doesn’t believe the conspiracy theories about a stolen election probably has mixed emotions: grateful to see someone taking a stand, but simultaneously uncomfortable about who is taking it and how. The pause in political spending in the US raises direct, long-running questions about the influence that money has on society. That a handful of tech companies can effectively gag what’s said and published online also raises, albeit less directly, questions about money that gets spent in Washington. These issues go to the heart of the American republic and its capitalist system itself.

Karthik Ramanna, a professor at University of Oxford, doesn’t think corporations should get much credit for withholding some campaign money now. “It is naive to see corporations as heroes in this dark hour just because they are suspending political contributions,” Ramanna said to Quartz. “Part of the reason we are in this dark hour is the unrestrained meddling of corporations in our political process.”

Even Milton Friedman, the economist who championed shareholder primacy a half-century ago, acknowledged that the rules of the capitalist game should be set externally. Put another way, the government should be guarding the country from corporate America—not the other way around.

“Too many lawmakers have themselves become the employees of the shareholders—their electoral success tied to campaign contributions and other forms of deep-pocketed support,” Marianne Bertrand, professor of economics at the University of Chicago Booth School of Business, wrote in an essay in September.

There’s little question that political money from companies and wealthy individuals can tweak the rules in their favor, and that it’s a type of influence regular people don’t have. The corporate spending on campaigns resembles a shakedown, or a pay-to-play game, according to Douglas Melamed, a professor at Stanford Law School and former general counsel at Intel. The money opens doors and gives corporate managers a chance to make their case, giving them influence on policy.

“If they do not contribute, politicians will not listen to them, so they have no choice but to contribute,” he said. “That is why so many companies contribute to both parties and, often, to competing candidates.”

Not everyone is dismissive of the sudden shift in corporate political spending. The cash being taken off the table by companies from American Express and Amazon to Google and Citigroup is real money, amounting to millions of dollars in campaign contributions, according to Craig Holman, government affairs lobbyist at Public Citizen. It shows corporate America is as angry about the insurrection at the Capitol as the rest of the country is, and he says there was no grassroots campaign or pressure from shareholders trying to make them to do it.

“Such an unprompted and wide-scale action by business interests has never before happened in US politics,” Holman said. “It is already having a phenomenal impact, which could well be long-term in both scope and nature.”

Holman thinks there’s a chance that this could drive companies out of campaign fundraising altogether. He points out that tech company IBM has never funded campaigns and doesn’t give money to outside political groups, which hasn’t hurt the company’s bottom line and could become an example for other firms.

Big tech, meanwhile, is throwing its weight around in other ways. Amazon, by means of its cloud computing business, shut down Parler, a website with fewer restrictions on speech than Twitter. The social-media platform had become a haven for Trump supporters after Twitter cracked down on false claims from the US president and his advocates about election fraud. Apple and Google also blocked the company from their app stores. Trump himself got a permanent ban from Twitter and is at least temporarily frozen on Facebook and Google’s YouTube.

“The matter of censoring president Trump, who now has a history of inciting violence, is tricky business,” Oxford’s Ramanna said. “But one thing is clear: that should not be the decision of the CEOs of Twitter and Facebook.”

Even Twitter CEO Jack Dorsey, who said his company’s ban was the right thing to do, is uncomfortable with the concentration of power among so few tech firms. He argues there should be an important check on his company’s influence: Twitter is meant to only be one part of the broader discourse happening online. But when it comes to Trump and his supporters in recent days, he says, there hasn’t been a check—the most important West Coast tech firms have moved in lockstep.

“This moment in time might call for this dynamic, but over the long term it will be destructive to the noble purpose and ideals of the open internet,” Dorsey added. “A company making a business decision to moderate itself is different from a government removing access, yet can feel much the same.”

Here again, corporate political spending has its fingerprints on the concentration of key internet infrastructure that is in the hands of a small number of companies. Take Facebook, for example. By buying Instagram and WhatsApp, it acquired what became two of the world’s most important social media companies. The Federal Trade Commission sued Facebook in December, saying its investigation with a coalition of attorneys general showed Facebook has systematically eliminated competition with these buyouts, leaving consumers with few choices.

As the government threatens to break up the tech giant, Mark Zuckerberg’s company spent more than $24 million on lobbying and campaign contributions last year, up from about $13.5 million during the election cycle in 2016, according to data from OpenSecrets.org. The social media company didn’t respond to a request for comment. In December, Facebook said it competes “fiercely against many other services across the world.”

Tech companies learned the hard way that political contributions are a necessity, says Bruce Freed, president of the Center for Political Accountability, which tracks political disclosures and spending. Microsoft hardly spent anything on politics until it was hit with an antitrust suit, which the giant lost, during the Clinton administration.

“Microsoft was basically hands off in Washington,” he said. “The antitrust suit was filed and they ramped up at warp speed.”

He thinks the money can shape policy and influence the appointments at antitrust agencies, but that’s not been the main driver of their cautious approach to enforcement in recent years. He instead points to “widespread conservatism in antitrust thinking,” in particular, at the Supreme Court. Tech companies also represent a new challenge for officials, which may have slowed their response.

There are some protections in place. Since the Nixon administration, there’s been an expectation that these agencies would be sheltered from White House influence, Melamed says. Even the FTC, which isn’t immune to the desires of Congress, is a multiparty institution.

“Antitrust officials are usually chosen for substantive expertise and usually are not actively involved in constituent or contributor relations in Washington, and antitrust law itself is a rather technical field,” he said.

Freed at the Center for Political Accountability agrees that, at a minimum, political spending can facilitate conversations and open doors. But while corporate executives are panicked about who they’re associated with at the moment, he’s not convinced corporate political spending will disappear.

“Right now it’s easy for them to pause—the election is over and they’re not being asked to give,” he said. “But that asking will start up again in the fall. That question is, will the pause continue?”