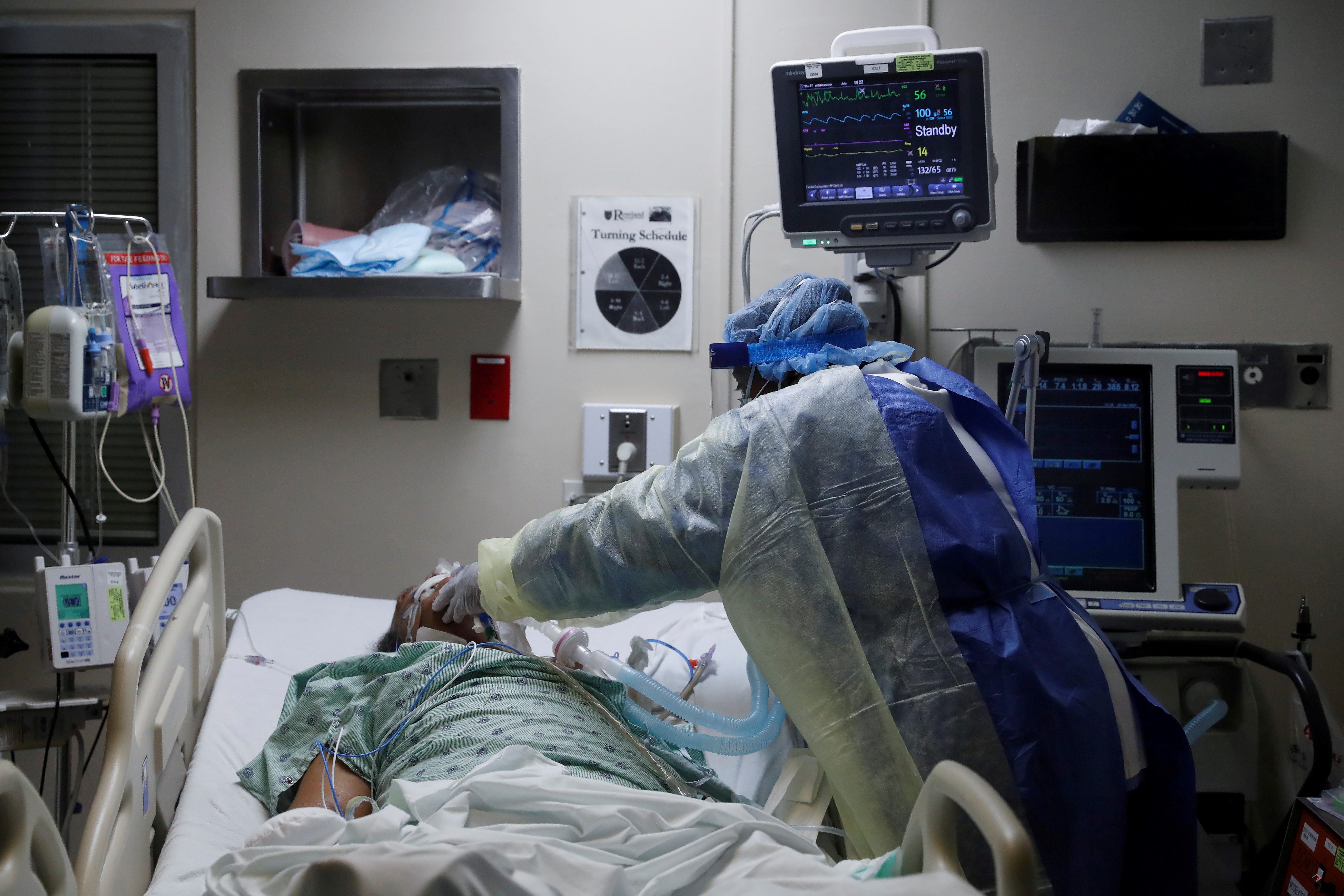 Potter, who left Cigna Health where he was a vice-president of communications in 2008, wrote that in his previous career, he was among those in the health insurance industry who spent huge sums to convince Americans that Canada’s single-payer system was “awful.”

The industry and its lobbying group, American Health Insurance Providers (AHIP), manipulated data and found the rare case stories they needed to spread disinformation campaigns suggesting that Canadians have long waits for healthcare, he said. Not only was that untrue, but in Canada, where there are no deductibles or co-pays, “no one gets turned away from doctors due to lack of funds,” he said. “In America, exorbitant bills are a defining feature of the system.”

Canada has been more successful at managing the Covid-19 pandemic than the US, Potter wrote, and Canadians who have been laid off because of it have not lost health insurance along with their income. In the US, millions are losing their jobs and coverage and they’re “scared to death,” he said.

“I’ll always regret the disservice I did to folks on both sides of the border,” he wrote.

Potter, who has written books about his wrongdoings in insurance, beginning with Deadly Spin: An Insurance Company Insider Speaks Out on How Corporate PR Is Killing Health Care and Deceiving Americans (Bloomsbury Press, 2010), has also recently come clean about manufacturing the patently false notion that Americans have more choice with the private insurance system than they would with a single-pay model. In a New York Times op-ed, he revealed that “those of us who held senior positions for the big insurers knew that one of the huge vulnerabilities of the system is its lack of choice. In the current system, Americans cannot, in fact, pick their own doctors, specialists or hospitals — at least, not without incurring huge ‘out of network’ bills.”

Some of the reactions to Potter’s tweet were biting: one journalist accused him of seeking pats on the back, and not doing enough to repair the damage he had done. Others, particularly Canadians who live in the states, were grateful to see a former insider debunk myths that have been a frequent source of frustration in everyday conversations.

It’s also possible, even probably, that Potter has inspired others to look at their own jobs and careers and do some searching. Few, however, are likely to take the next step and do a complete 180-degree turn. Those courageous individuals are rare, which is partly why we’re so drawn to their stories, Canadian writer Bruce Grierson explains in his book U-Turns: What If You Woke Up One Morning and Realized You Were Living the Wrong Life? (Bloomsbury Press, 2007.)

In his research, drawing on the stories of hundreds of people who reversed course in their professional lives, Grierson noted that many have what he calls a “secular epiphany” event. “Religious thinking stopped reflexively ruling human consciousness a couple of centuries ago; but the capacity to be “born again” is something no amount of post-enlightenment science has quite been able to purge from our genetic code,” he writes.

Potter, in fact, has often recounted the day he knew he had to change careers. He was visiting his father in east Tennessee, where he grew up, when he decided to scope out an event offering free health care to local families. Being curious, and in the business, he drove to the event to look around and was shocked to find long lines of people, standing in the rain for hours, waiting for the opportunity to see physicians, nurses, and dentists. Some people waited in their cars for two or three nights, he said recently. The lines led to animal stalls and barns. That day, he realized how broken the system was and how it easily could have been him in a queue that day, if not for some lucky breaks.

Indeed, Potter appears to be a classic U-turner, Grierson tells Quartz. (A quick disclosure: Grierson is also a former colleague.) These are people who merely quit doing the ugly job that had forced them to compromise their morals and inflict suffering on others. Like Potter, they spend years trying to undo the damage they did in that pre-epiphany life. “The literal meaning of repentance is to stop what you’re doing, turn around and reverse course,” Grierson says. “So it’s about more than just feeling contrition and saying ‘I’m sorry.’ It saying, ‘I’m sorry and I will now dedicate myself to the amendment of my life.’”

“The old belief system, whatever it was, is not simply an address to be vacated, but a house to be burned down,” he writes in the book.

But why do only some people in large industries finally reach for the torch? “It feels lousy to observe your own principles colliding with your behavior,” he tells me. “Cognitive dissonance builds up until something’s gonna blow. Quite a few of the people I interviewed framed their decision as no decision at all, because if they didn’t do it they would die. They literally could not continue to ‘live the lie.’”

Rather than seeking forgiveness from the church, people now turn to reporters and the media,  he adds. “Absolution may not be quite as reliable there.”

A moment that asks for truth

If the past is a guide, we might expect to see more whistleblower behavior. The combined impact of the pandemic and the Black Lives Matter movement are forcing all kinds of people to spend time examining past choices, and the ways they’ve benefitted or perpetuated unjust systems. This is environment that sets the stage for U-Turns, according to Grierson.

“I remember one of my U-turners was a bond trader who’d been working on Wall Street in the mid-’90s when the ‘peso crisis’ hit. Followed by the East Asian crisis. All these dominoes falling,” says Grierson. “With devastating effects on many millions of people in these countries. It suddenly hit this guy just how much was fundamentally wrong with the global financial system he was embedded in. And he just bailed. He left in the middle of a meeting and he never came back.”

Like that period in financial history, and the great recession of 2008, he continues, “the pandemic has exposed all sorts of uncomfortable fault lines and systemic fragility, and a lot of people are realizing they’re kind of on the wrong side of a sustainable plan. It’ll be interesting to see how many people pivot.”