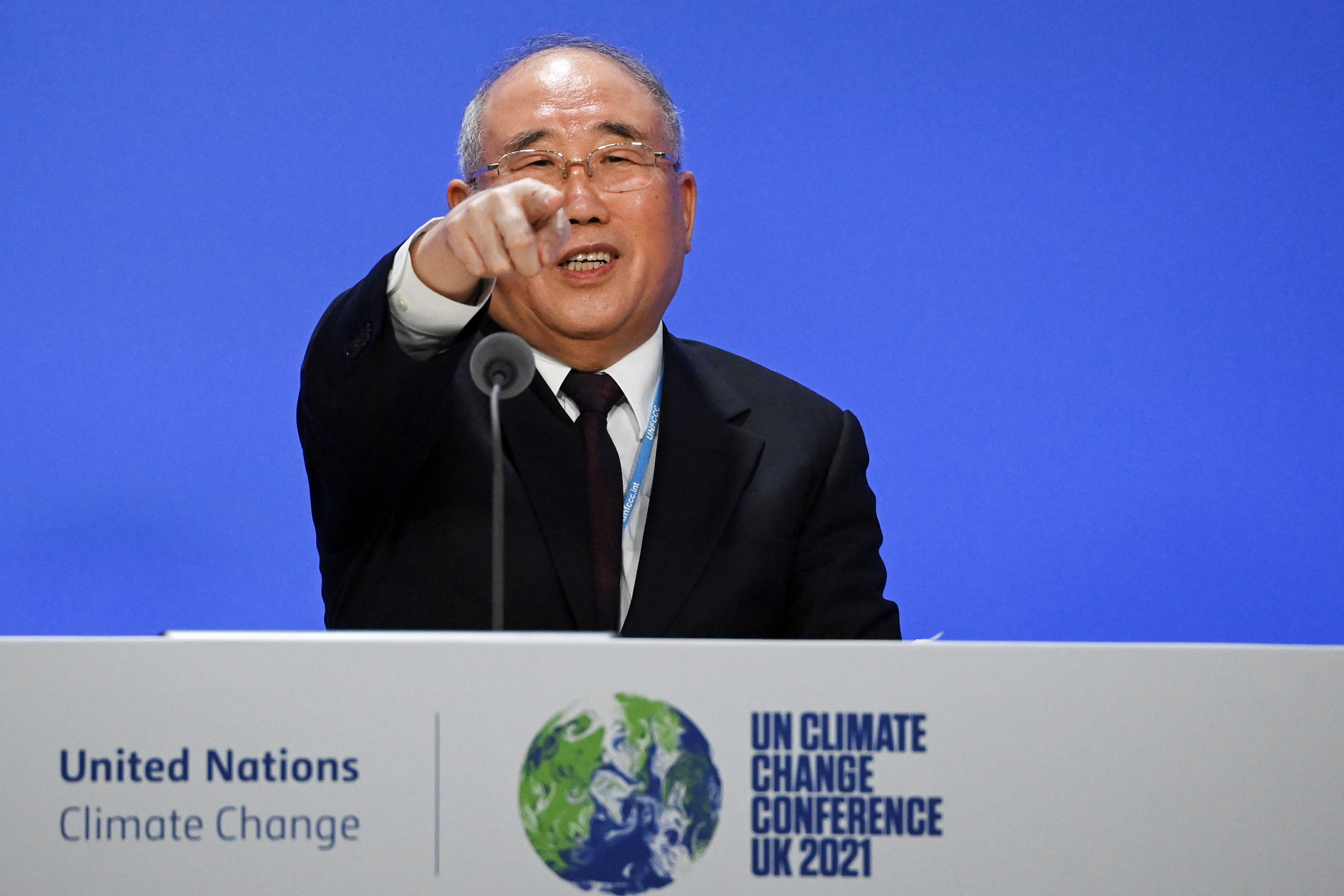 When countries talk about their relations they often talk about the importance of fostering people-to-people ties. Sometimes that phrase can seem like fluff from the dictionary of diplomatic buzzwords. And sometimes, personal ties can be crucial to getting stuff done—like the surprise US-China pledge to cooperate more deeply on climate change announced at COP26 yesterday (Nov. 10).

For example, it helps to know the person on the opposite side of the table from you is negotiating in good faith and shares at least some of your beliefs about what the goals should be. When China in February appointed veteran climate negotiator Xie Zhenhua as its special climate envoy, John Kerry—who has sat across the table from Xie many, many times over the past two decades—welcomed the announcement. Kerry, the US’s first presidential climate envoy, regards Xie as “a believer” in the imperative to fight climate change. In diplomatic terms, that makes them good friends.

How the US and China reached their agreement at COP26

That personal history goes a long way to explaining how the two countries were able to reach their agreement at COP26, despite conflicts elsewhere. In a joint statement, the two countries expressed alarm that efforts to reduce emissions are falling short of what is required to stop warming from exceeding 2°C. China is presently the world’s biggest greenhouse gas emitter, followed by the US, and at present, neither country is on track to make the kinds of reductions required to be in line with the Paris agreement.

“The two sides stress the vital importance of closing that gap as soon as possible, particularly through stepped-up efforts. They declare their intention to work individually, jointly, and with other countries during this decisive decade,” they said. After COP26 concludes, US president Joe Biden and Chinese leader Xi Jinping are set to meet virtually next week.

“To some extent, it is not an exaggeration to say that we are where we are today because of these two individuals who are committed to solving the problem of climate change and are willing to put personal and political stake in this issue,” said Li Shuo, senior global policy advisor at Greenpeace East Asia. “This is a very good example of politicians, or I should say statesmen, staying clear-eyed despite the very difficult geopolitics…the US and China cannot afford to decouple or disengage on this issue and that was the key message conveyed by the joint statement.”

China also agreed to reduce its methane emissions—the two countries will hold talks on those reductions in the first half of next year—though it didn’t sign on to a pact on methane announced earlier at the summit.

“There is more agreement between the US and China than divergence, making it an area of huge potential for cooperation,” said Xie.

Over the weekend, Xie joked about how much time he’s been spending with Kerry, according to New York Times reporter Lisa Friedman. In the months leading up to the UN climate summit, the two have met about 30 times, mostly virtually, noted Li.

In 2014, too, Xie and then secretary of state John Kerry helped shift the longstanding impasse between the US and China over China’s emissions responsibilities. That agreement was vital for the successful negotiation the following year of the Paris Agreement, the landmark climate treaty that saw the world sign on to the goal of limiting warming to 1.5°C above pre-industrial levels.

Over time though, opportunities for friendship between the US and China are diminishing.

The numbers of Chinese students in the US has declined, and most Chinese citizens, including president Xi Jinping, haven’t left the country in nearly two years because China’s zero-covid approach means a lengthy quarantine upon return—Beijing’s is 28 days. Against that backdrop, Li notes, China’s 60-person delegation to Glasgow is a signal of the seriousness with which the country regards the climate change crisis.