Though I probably wasn’t the first person to praise Apple’s addition of life-saving electrocardiogram (ECG) functionality to the Apple Watch Series 4, I was more than pleased with the 2018 announcement — I was thrilled. At the time, my wife was using an AliveCor ECG accessory to take readings whenever her heart fluttered, and doctors were unsure whether our kids had inherited her rare and often suddenly fatal genetic heart condition. A wearable ECG was a no-brainer purchase, so I rapidly bought Series 4 models for the two of us, and awaited either a price drop or more affordable ECG-ready model for our kids.

Two years have passed, and Apple has now blown two opportunities to offer ECG for less than $399, a price point higher than the “magical” $299 number that is commonly viewed as mainstream-friendly. Apple’s prior practice was to introduce new flagship devices by turning old flagships into midrange models, bringing last year’s technologies to a wider range of users. But in 2019, Apple instead killed the Series 4 to make room for a barely improved Series 5, and in 2020, Apple repeated that feat, replacing Series 5 with a nearly identical Series 6.

Since my kids’ occasional complaints of odd heart fluctuations make my own heart skip beats, Apple’s decision to keep reserving ECG for its most deluxe Watches struck me as galling. The company’s special events often spotlight customers whose lives changed thanks to early Watch sensor readings, and did so again this year. It made a huge deal about ECG when the Series 4 Watch launched, and if you’ve ever seen a video of someone collapsing mid-sport due to a heart attack, or — as I did — worked to resuscitate a family member whose heart failed, you’ll appreciate the value of early detection and the ability to share ECGs instantly with a doctor. This isn’t just feel-good marketing; health sensors such as ECG hardware actually have life-and-death-level importance.

But not everyone can afford $399+ wearables. Under Apple’s current pricing scheme, an Apple Watch with both ECG and cellular functionality — appropriate for a child without her own iPhone — costs $499 for the hardware alone, and that’s before carriers’ monthly service fees. (Alongside the Series 6, Apple announced a new Family Setup feature for just this purpose, notably restricting it solely to recent cellular Apple Watches.)

Apple did something even more egregious with the Apple Watch SE. Introducing the $279 wearable, Apple COO Jeff Williams claimed that the new model was built specifically to “make Apple Watch available to even more people,” which doesn’t make sense since Series 3 is still being sold for $199. If you look closely at the details, SE is essentially a repackaged Series 4 with just enough downgrades to artificially distance it further from the Series 6, so Apple can avoid cannibalizing flagship sales with a wholly acceptable midrange alternative.

I want to underscore that Apple actually had to work harder to create a downgraded SE than it would have by re-launching the Series 4. An all-new model requires new engineering, testing, production lines, international certifications, and marketing materials. Apple executives, including Apple Watch chief Williams, had to specifically choose to omit features that were previously working perfectly well, then commit people, time, and money to build something less capable.

There are two obvious counter arguments. First, the SE isn’t $299 — the price one might have expected from a year-old Series 5 as it exited flagship status — it’s $279. And second, maybe ECG functionality and other omitted Series 4/5 features, such as an always-on screen or (now useless) Force Touch sensor, made those devices too expensive to practically sell at that discount.

My first response would be simple: After two years, the Apple Watch Series 4 — with all of its features intact — would normally have been Apple’s $199 model. And I don’t believe for a moment that it was beyond Apple’s ability this year to profit at that price if it wanted. I won’t even dive into the company’s roughly $2 trillion market cap or nearly 40% profit margins. It could easily sell a $299 or $279 Apple Watch with ECG if it wanted to do so, period.

The second response is more complex. Historically, Apple plays the artificial distancing game whenever it fails to add compelling new tentpole features to a given year’s flagship device, but needs to find some way to keep selling more units anyway. Remember the iPhone 5S, which was barely different from the 5? To artificially distance its flagship and midrange models, Apple repackaged the prior year’s iPhone 5 in a plastic shell and called it the iPhone 5C. It could have kept the iPhone 5 around another year, but that would have eroded 5S sales, so it found a way to make the 5 less desirable and sell it for $100 less. 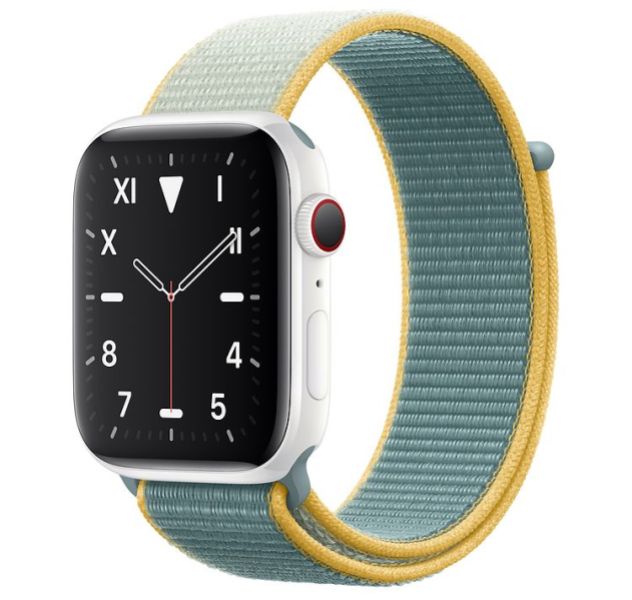 Above: The ceramic Apple Watch Series 5 could easily have been confused with plastic from a distance.

Apple could have done the exact same thing with the Apple Watch SE. Tossing the Series 4 guts into a plastic shell would have been fine for kids, though it might have alienated more discerning seniors — another worthy target audience for more affordable health-tracking wearables. But then, maybe that lower grade material wouldn’t have bothered many adults, as plastic watches have been popular across the world for years. Ironically, Apple’s plastic shell probably wouldn’t have looked much different from the ceramic Apple Watch Editions it was selling for $1,300.

Material swaps are fine ways to differentiate watches, and omitting an always-on screen or some other frill is fair game, but keeping new health sensors from naturally trickling down to wider audiences strikes me as inhumane. This isn’t to say that Apple doesn’t technically have the right as a business to recoup its investment in a just-released sensor, or create tiers of “good, better, best” products. I’m also not claiming that my own family’s heart concerns are the same as yours, or that the omission of ECG will prevent Apple from selling SE models. For many people, bigger screens and faster processors alone will be enough to seal the deal for $279, regardless of what might be missing compared with Series 4 or 5.

That said, my view is that Apple isn’t doing its best when it compromises the health of budget-constrained users just to save a few bucks or preserve the viability of a flagship device. It should have added such compelling new features to its flagships that ECG became table stakes for 2020-2021 wearables, not a key differentiator between wearables for wealthier and mainstream customers. If Apple truly cares about the health of its customers, this is a mistake worth correcting sooner rather than later, and making either the Series 4 or 5 available again at a reasonable price could mean the difference between someone living or dying.