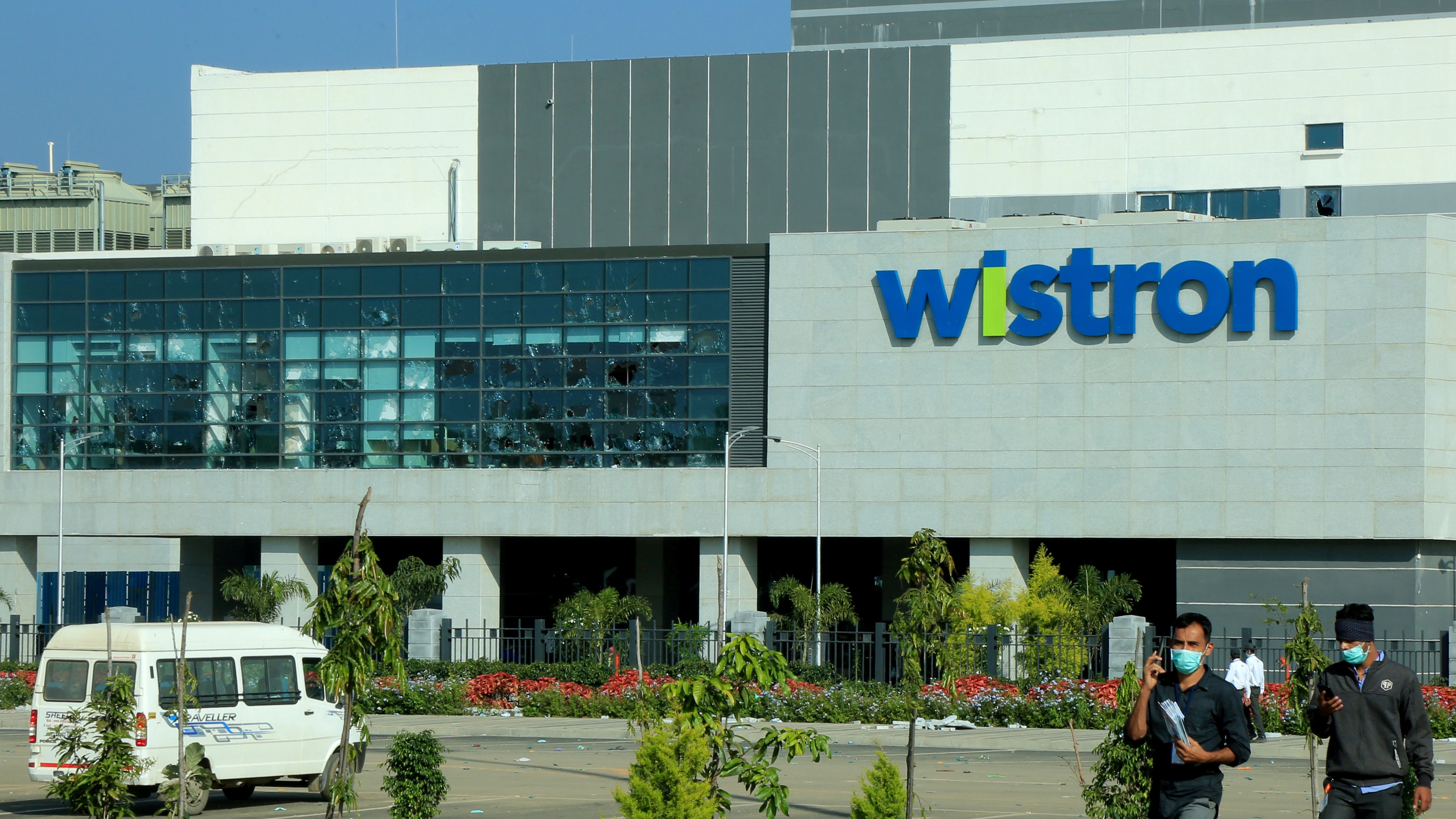 On the night of Dec. 12, as 2,000 workers from the night shift at Wistron facility on the outskirts of India’s IT hub Bengaluru were leaving the building, violence broke out. They ransacked offices of senior executives and looted thousands of iPhones and laptops, resulting in $7 million worth of damage and several arrests.

The rampage came after workers at the Narasapura plant were underpaid for months. A government investigation revealed several malpractices and Apple has since pressed pause on business with the Taiwanese company.

“We have placed Wistron on probation and they will not receive any new business from Apple before they complete corrective actions,” Apple told Bloomberg. “Apple employees, along with independent auditors, will monitor their progress.”

This could cause a slowdown in Apple’s business, which had only just started gaining ground in India in 2020 with the more wallet-friendly iPhone 11 and the launch of its online store.

It appears that Apple’s first supplier in India has grown too big for its boots.

The factory where the riots took place employs over 10,500 people. Managing that large a workforce was a challenge it couldn’t handle. When it introduced12-hour shifts at the plant in October, up from the earlier eight-hour shifts, it failed to properly address “the confusion in the minds of the workers” about their new wages inclusive of overtime, a government report said, according to Reuters.

Some employees were angry that their compensation wasn’t what they’d been offered upon hiring. For instance, Wistron promised engineering graduates Rs 21,000 ($285) per month, but paid them only Rs 16,000 ($217) at first, a Times of India report said.

The government probe also revealed several other lapses like the company not informing the Karnataka factories department of the new work shifts, a glitch in its attendance system causing employees’ presence to be incorrectly registered for two months, underpayment of wages to contract workers and housekeeping staff, and making women staff work overtime without legal authorisation.

The company’s management and human resources (HR) teams were spread too thin to cope, reports suggest.

Wistron has since admitted to and apologised for the mishandling of wages and taken steps to remedy the situation. These include firing the vice president who used to oversees its business in India and starting an anonymous hotline for complaints.

The Wistron probation is less than ideal for Apple’s big plans of manufacturing up to 96 million iPhones worldwide in the first half of 2021.

Already, due to supply chain constraints amid the Covid-19 pandemic, Apple’s Indian factories had shuttered for some months. Then, it faced similar headwinds in China. Just last month, Apple suspended business with Wistron-rival Pegatron after it was found to be exploiting student workers. And these are not one-off incidents. Apple’s manufacturing facilities have a history of labour law violations—and Apple has a notorious reputation of glazing over them.

Spread over 43 acres, the Narasapura unit of Wistron involved in the production of Apple’s flagship iPhones was constructed with an investment of Rs3,000 crore. By now, it was making four models of the iPhone, including the second-gen iPhone SE, not just for domestic sales but also for export. Parts of the assembly line have reportedly been damaged in the arson.

Recovering from the physical damage may be the easiest bit, though. It’s the expansion plans that are in jeopardy.

Currently, less than 2,000 of Wistron’s workers are employees while the rest are on contract. Over the next two years, Wistron had committed to increasing its workforce to 20,000. However, these plans could now get derailed.

It had also earmarked around Rs1,300 crore for India investments over the next five years—a commitment to qualify for the federal government’s production-linked incentive plan. Wistron could lose most of this year’s incentives if operations stay suspended, daily newspaper The Economic Times reported.

Apple did not comment on Wistron’s violations or its future plans in India.

Despite the bad spell, Apple’s plans to ramp up production in India may not have to reach a complete standstill.

Another partner, Foxconn—also a Taiwanese company–announced plans to invest $1 billion in India as US-China relations turned sour. What’s more is that it’s Make in India plans to produce the iPhone 11 for domestic sales as well as exports are also pegged to Foxconn, not Wistron.