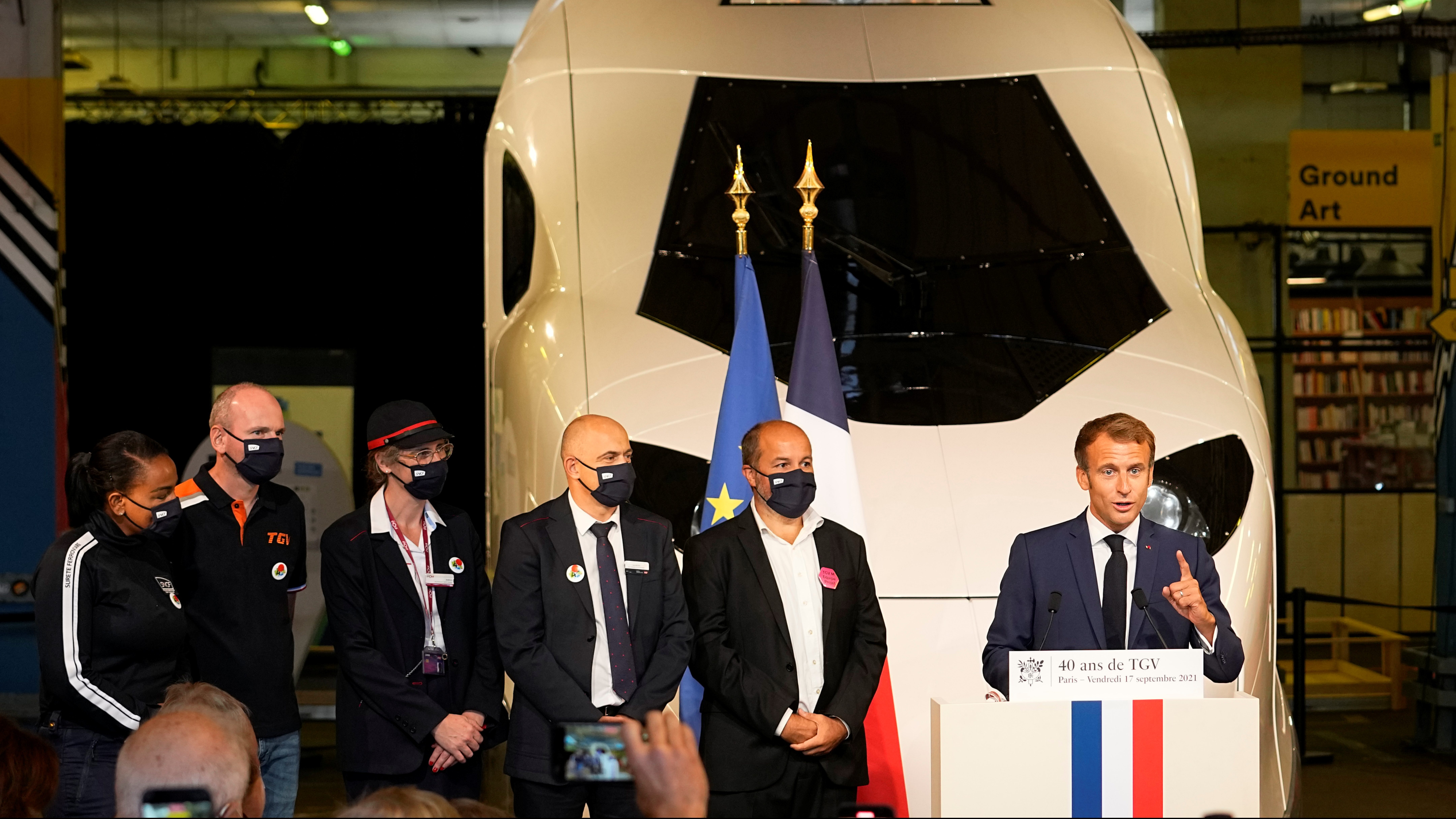 French president Emmanuel Macron, still seething over losing an Australian submarine deal to the US, touted a safer investment back home when he debuted a mockup of the newest high-speed TGV train today.

The new model will fit more passengers and be more cost and energy efficient, Romuald Gicquel, the managing director at the manufacturer Alstom, which is developing the TGV-M, told regional broadcast network France Bleu.

Macron’s government has promised to invest €6.5 billion, or $7.6 billion, in high-speed train lines this year. The TGV-M is part of a broader effort by the government to modernize the rail system as its the state’s operator, SNCF, opens itself up to bids from competitors.

While the French have found plenty of reasons to complain about the TGV over its 40 years of existence—some say the trains are too loud, while others say they are too expensive—the country is nevertheless often cited as one of the pioneers of high-speed rail along with systems like that of Japan and China.

The debut of more innovative railways abroad almost always begs the same question stateside: Why doesn’t the US have anything close to this?

“We are embarrassingly far behind the rest of the world,” says Rick Harnish, executive director of the High Speed Rail Alliance, which advocates for a national high-speed rail program.

But Harnish maintain the US can still catch up to its rivals by finishing regional high-speed projects that are in the works, as well as modernizing the lines already in operation.

Biden’s plan to modernize the rails is slow-moving

Americans were promised high-speed rail more than a decade ago when former president Barack Obama allocated $10 billion in the stimulus bill for US railroads.

“There’s no reason why Europe or China should have the fastest trains, when we can build them right here in America,” the president said in a statement at the time.

Still, many of the high-speed projects that received funding through this investment never materialized, and others—such as a 171-mile link in California’s Central Valley—are still dragging on. The US remains, for better or worse, a car-dependent country.

While both president Joe Biden and transportation secretary Pete Buttigieg have touted the potential benefits of high-speed rail, the administration didn’t allocate any funding for such projects in its $1.2 trillion infrastructure package. Instead, it proposed $66 billion to renovate already-existing Amtrak lines, which Harnish says is an important step.

There are other high-speed rail lines in the works, including one connecting Dallas and Houston and others in Nevada and Arizona. These projects have been plagued with budgetary and logistical concerns, but Harnish maintains that for the US to inch closer to other countries with high-speed rail systems, “the most important thing to do is to get a segment running.” He said that his organization is advocating for a national system that is made up of 20% high-speed lines and 80% upgraded existing lines with trains that travel faster and more frequently.

While France still holds up the TGV as an example for other countries, the rail line has not always been profitable, and other ambitious European projects—such as the Munich-Verona line—have never gotten off the ground.

Elsewhere, the coronavirus pandemic hampered a number of rail projects in the works, including a $17 billion line from Kuala Lumpur to Singapore that was canceled at the end of last year and a 225-mile-an-hour train from London to Birmingham in the UK that may soon be scaled back due to budgetary concerns.

Still, Harnish says he doesn’t see any reason for the US to give up: “Basically every country that has high-speed rail today thought at some point they weren’t going to do it.”