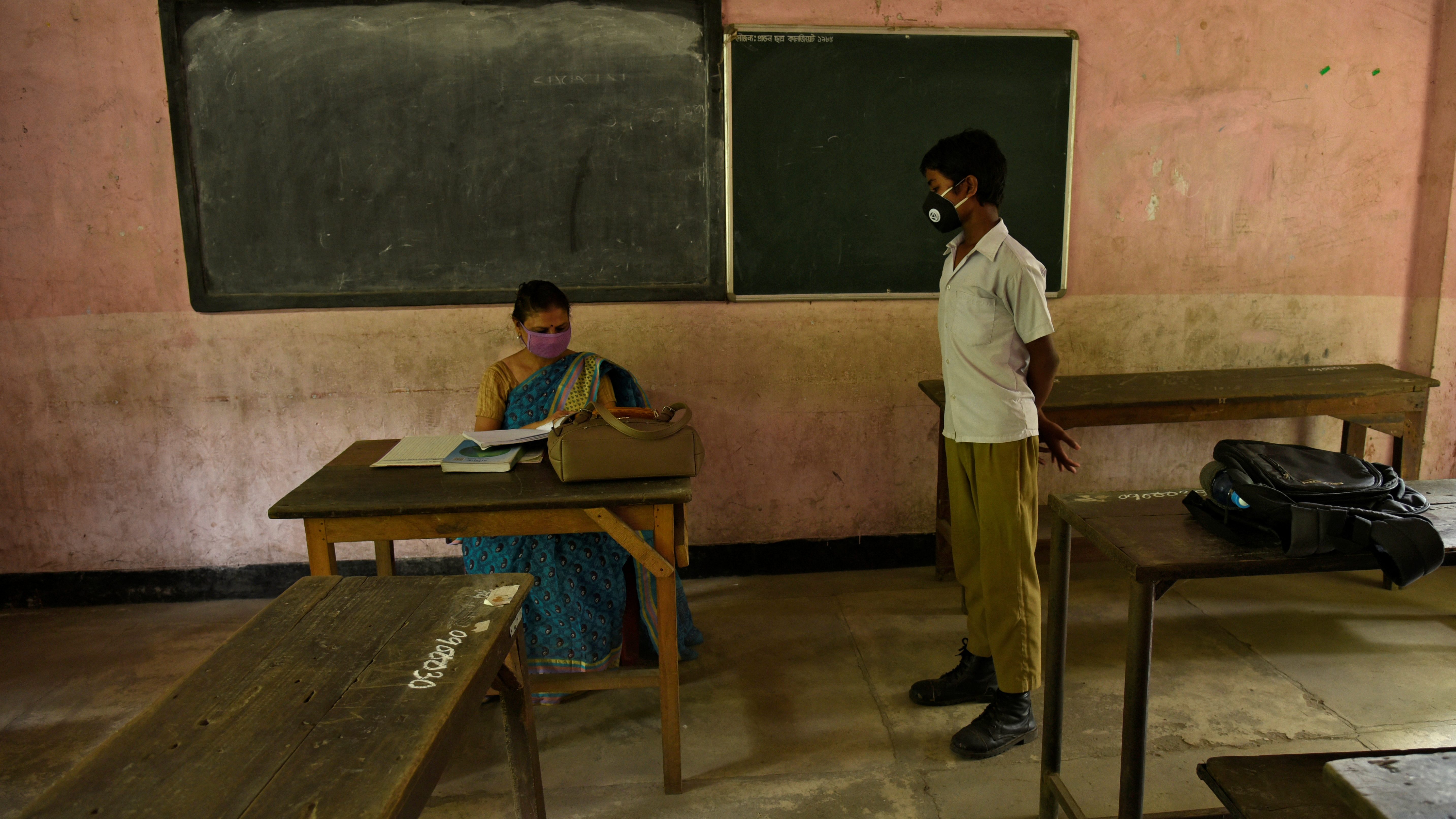 Millions of children in India face a bleak academic future because of Covid-19.

Nearly 30 million children do not have a digital device to access education online, according to data presented by the Indian ministry of education in parliament on Aug. 2 (pdf). According to these data, compiled by the states as part of a survey ordered on Feb. 1, the eastern state of Bihar alone reported that nearly 14 million children did not have access to a computer, tablet, or smartphone.

In the state of Chhattisgarh, the ministry reported that over 28% of kids did not have the requisite tech. This number went up to 70% for the union territory of Jammu & Kashmir. Only Rajasthan, among the largest states in India, reported that no child went without a digital device.

Schools in India have been shut for the most part since March 2020,  opening briefly only for high school classes last year, and some states like Uttar Pradesh and Haryana have only just begun allowing in-person classes with restrictions. In India’s rural districts, experts wonder why schools remain shut.

“I do not see why schools should be closed in rural areas at this time. Even if classes cannot be held at the normal level, some useful activities can surely be conducted to ensure that children continue to study in some fashion and do not lose their connection with the school,” Jean Drèze, economist and visiting professor at the department of economics at Ranchi University, told Quartz. “The closure policy seems to be geared to the interests of urban middle-class children, who are safe at home and able to study online, unlike many of their rural counterparts,” he added.

The fear now is that children who have been out of physical school and have spent long months without access to online education will eventually fall out of the academic fold. In Latehar, a hamlet deep inside the eastern state of Jharkhand, children are fast losing even basic literacy skills. “With the village closed in the last 16 months, primary education is at a standstill,” found a ground-level survey by Road Scholarz, a group of freelance scholars and student volunteers interested in action-oriented research. “Most children are just milling around, some are working in the fields,” the report said.

This is a particularly alarming trend in villages where marginalised groups like dalits and adivasis (tribals) reside. While the motivation to send children to schools is high among families, often the cost of that—in terms of losing a working hand in the field, for instance—is often a barrier.

“It is possible that many children will not return to school when the schools reopen, because they have lost the habit of going to school,” Drèze said. “But a much larger problem is looming in the form of children being unable to keep up with the curriculum because they have forgotten what they had learnt earlier,” he added.

Students are currently being automatically promoted to the next class in the absence of exams, which does not account for the fact that their learning levels may have actually regressed. “This is likely to enhance drop-out rates in the near future. And even if they don’t drop out, these children’s learning achievements are likely to be permanently impaired by the prolonged closure of schools at this time,” Drèze warned.

Schools have also been key in boosting child nutrition, which may have been completely derailed because of the pandemic.

In the absence of midday meals in schools

In most states, nutritious mid-day meals, served at local schools and Anganwadis (village family centres), are a proven social nudge for families to send children to school.

Mid-day meals faced a huge setback in the absence of physical schools, leaving children at the grave risk of becoming malnourished. While the central government directed states to deliver mid-day meals—either as hot cooked meals or cooking supplies like grain and oil—directly to the students, its implementation has left much to be desired.

India already performs poorly on the Global Hunger Index (GHI)—ranking 94 among 107 countries in 2020—and with sharply rising poverty and unemployment, its ranking might likely decline even further.

According to the GHI, a peer-reviewed annual report jointly published by Concern Worldwide and Welthungerhilfe, nearly 35% of India’s children below the ages of five suffer from stunting, a classic indicator of extreme malnourishment.

“While child stunting has seen a significant decrease—from 54.2% in 2000 to 34.7% in 2020—it is still considered very high,” the note on India’s ranking on the GHI says. “At 17.3%—according to the latest data—India has the highest child wasting rate of all countries covered in the GHI.” Children with extremely low body weight are termed as “wasted,” which also serves as an early indicator of child mortality.

“If and when schools reopen, it would be good for mid-day meals to resume as well, with due safeguards,” Drèze said. “Meanwhile, we need better provisions for take-home rations, including nutritious items like boiled eggs, already provided in some states.”