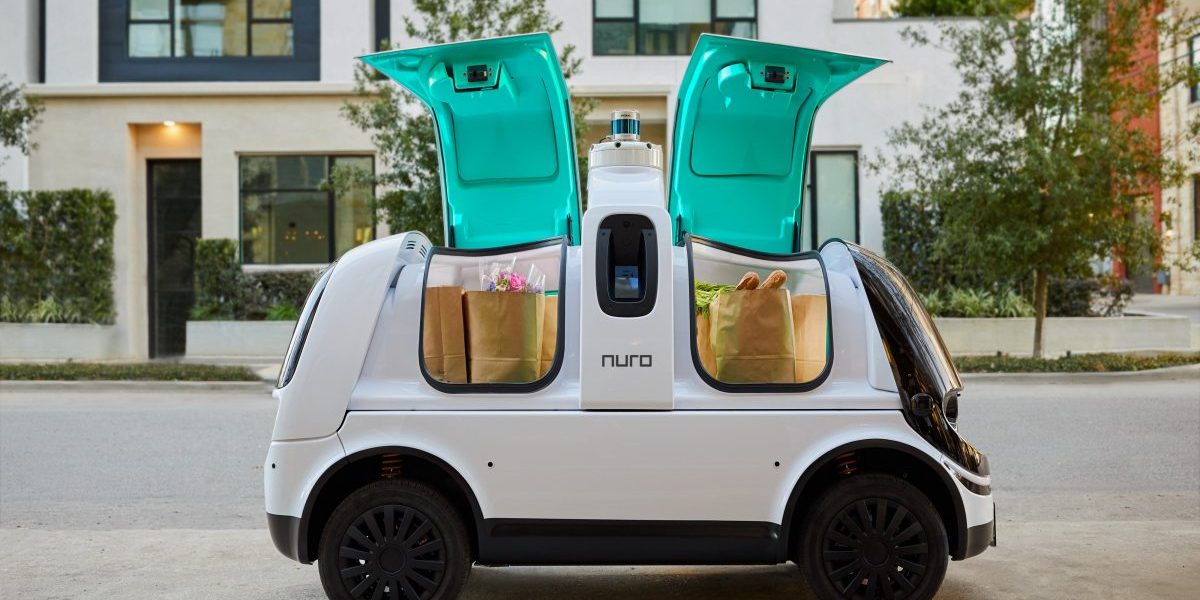 During an online event this week hosted by the Consumer Technology Association (CTA), three panelists — Cruise’s Eric Danko, Wing’s Nick Devereux, and Nuro’s Matthew Lipka — spoke about the need for regulation of autonomous delivery systems during health crises like the pandemic. All three asserted that their companies, which continue to or recently began delivering food, medical supplies, and essential goods to customers, have been hampered by a patchwork of local and federal laws that don’t adequately reflect the current technology landscape.

Some experts predict the pandemic will hasten the adoption of autonomous technologies for goods transportation. Despite their need for disinfection, self-driving cars, autonomous drones, and robots can minimize the risk of spreading disease. But the laws haven’t caught up with the use case, according to Danko, Cruise’s director of federal affairs.

“What’s interesting is that we’re seeing the first organic [application of] self-driving technology that’s a categorical social good no one could’ve imagined, even a few months ago … Ultimately in our industry, we need a rule-making to update [the] Federal Motor Vehicle Safety Standards [specifying the design, construction, performance, and durability requirements for vehicles], which were written at a time when nobody could’ve conceived of the idea of self-driving vehicles. The majority of those standards bake in the assumption of a human operator.”

Momentum at the federal level has largely stalled. The U.S. Department of Transportation’s (DOT) recently announced Automated Vehicles 4.0 (AV 4.0) guidelines request — but don’t mandate — regular assessments of self-driving vehicle safety, and they permit those assessments to be completed by automakers themselves rather than by standards bodies. Advocacy groups including the Advocates for Highway and Auto Safety almost immediately criticized AV 4.0 for its vagueness. And while the House of Representatives unanimously passed a bill that would create a regulatory framework for autonomous vehicles, dubbed the SELF DRIVE Act, it has yet to be taken up by the Senate. In fact, the Senate two years ago tabled a separate bill (the AV START Act) that made its way through committee in November 2017.

That said, there’s been recent progress at the DOT’s National Highway Traffic Safety Administration (NHTSA), which in March moved to make changes in standards regarding autonomous vehicles. Those standards could clarify that all forward-seated passengers in a driverless vehicle should receive the same level of protection as someone seated in the front passenger seat does now, which might change how airbags deploy on what had been known as the driver-side position. They might also give companies trying to create autonomous vehicles more leeway when approaching federal standards that might not apply to them, like those that refer to a driver’s seat or a steering wheel.

Elsewhere, Nuro received a two-year autonomous vehicle exemption from the NHTSA — the first ever granted — to support deployments without the equipment required for passenger vehicles. The agency said Nuro’s vehicle qualified because of its low speed (25 miles per hour maximum) and because it’s designed solely to carry goods rather than human occupants. The company is only permitted to produce and deploy up to 5,000 vehicles during the exemption period, and it will have to report information about the vehicles’ operation (including the automated driving system) and conduct outreach in communities where it will deliver goods.

“Wing has gone through the process of getting waivers and exemptions, but that’s a difficult, time-consuming approach,” Devereux, who leads Wing’s policy and government affairs efforts, said. “We’re hopeful we can work with the FAA on a more streamlined approval process for expanded operations, a process that is truly scalable, so that the next time we’re in this kind of situation, we can react quickly, easily, and effectively.”

The FAA’s work to test and evaluate the integration of civil and public drone operations into the national airspace system remains ongoing. The Integration Pilot Program (IPP), which began in 2017, aims to bring together state, local, and tribal governments including the City of San Diego, the City of Reno, and the Memphis Shelby County Airport Authority with private sector entities such as drone operators and manufacturers. But it’s set to end in October 2020, along with the exemptions the FAA granted to existing operators.

“We made a compelling case for the value of this technology — it’s plain to see when you’re trying to limit human contact. What we need to do now is [prompt] action from our regulators and others to prepare with urgency for the next emergency,” Devereux said. “[W]e need the regulators to truly embrace a risk-based, performance-based approach to improving operations that shouldn’t be just a top-line message, but it needs to trickle down to all of what they are doing.”