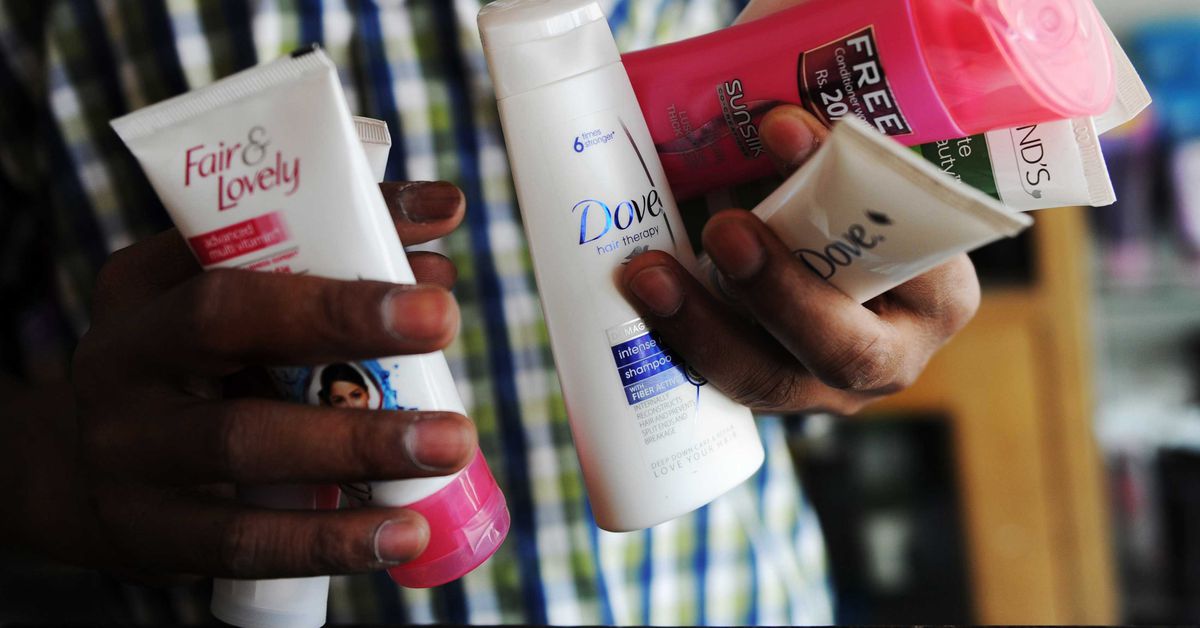 Growing up in Mumbai, India, Seema Hari was used to being ridiculed and bullied for having darker skin than most people. When she was about 7 years old, moms would warn their kids not to play with her on the playground. People called her “kali kaluti,” an Indian derogatory slur for being dark-skinned, or a “bhangi,” which means a scavenger member of the lowest untouchable castes. She was also used to her relatives berating her parents for not taking measures to lighten her skin, and telling her that no one would love and marry her.

“I knew very early on that something was wrong with me, because of how people addressed me and my dark skin,” Hari, who is now an engineer, model, and anti-colorism activist, told Vox. While her parents never pressured her to use skin-lightening products, the constant discrimination from other people traumatized her to the point that she became depressed and suicidal. “I didn’t have a lot of friends. I always thought I was handicapped or something. Somehow everyone wanted to fix me for having darker skin.”

Colorism — a form of prejudice that places a higher value on people with lighter color skin — differs from racism because discrimination commonly occurs within, rather than between, racial groups. Historically, darker skin has been deemed undesirable and equated with being poor in many cultures due to Western colonialism and exposure to Eurocentric wealth and beauty. As a result, the beauty industry has long played into these insecurities for profit, perpetuating the cultural cycle.

However, as the world undergoes a racial reckoning in the aftermath of the police killings of George Floyd, Breonna Taylor, and other Black people, a slate of companies unveiled major changes to address the longstanding controversy of selling and marketing skin-whitening products in Asian, African, and Middle Eastern countries. Johnson & Johnson announced this month it will halt selling certain Neutrogena and Clean & Clear product lines in Asia that were promoted as dark spot reducers and skin whiteners. Unilever followed suit, announcing it will revamp certain terms and names of skin-lightening products, especially its Fair & Lovely products, which are prominent in India. Similarly, the cosmetics giant L’Oréal — whose Garnier product line in South Asia was widely advertised to whiten skin — announced this weekend it will remove the words “white,” “fairness,” and “light” from its products.

While the announcements come as pressure mounts for companies to address any perpetuation of anti-Blackness and racism, South Asian activists, including Hari, have been sounding the alarm on the issue of colorism for decades. Hari explained that colorism can feel so isolating because it often happens within an ethnic group, meaning “the people close to you may also harbor the same prejudices against you as a darker-skinned person.”

Societies with widespread colorism have long histories of European colonization and Western influence. According to research by scholar Sarah L. Webb, colorism began to take root the moment when societies associated superiority and privileges with people of European descent, who possess features such as white skin, bright-colored eyes, and straight hair that were heavily promoted as the standard of beauty, wealth, and power. The beauty and fashion industries have long profited from the perpetuation of Eurocentric beauty standards that created insecurity in many dark-skinned communities.

“Skin-lightening products have been the cornerstone of that perpetuation, and it’s extremely insidious the way it was presented,” said Aditi Mayer, a photojournalist and sustainability advocate who grew up in Los Angeles. “Although I have lighter-skin privilege within the South Asian community, when I think about my experiences growing up, Fair & Lovely is something that was always on our vanity dressers. I didn’t think I understood at that point in time the ties between larger understandings of colonialism and how that affected our standards of beauty.”

Colorism can be found across the world. In many Asian countries, dark-skinned people are discriminated against. In the Philippines, Likas papaya soap is a common household brand that purports to make a person’s skin lighter. Growing up a dark-skinned Filipina, I was also coerced into using skin-lightening products like papaya soap and a whitening brand called Eskinol.

In 2018, American celebrity Black Chyna traveled to Lagos, Nigeria, to promote a skin-whitening cream. In Japan, beauty pageants had a no-tanning rule, and during the Jim Crow era in the United States, the “brown paper bag test” was prevalent in black communities, in which skin color was compared to a brown paper bag and people with a darker skin tone weren’t allowed in certain social events or activities.

Many skin-lightening products also contain hazardous chemicals that could lead to severe health risks. Prolonged exposure to dangerous chemicals such as mercury and hydroquinone could lead to skin damage, poisoning, and liver and kidney malfunction. Skin-lightening products that contain these chemicals, typically imported from Asia, are banned and illegal in Europe under safety regulations — yet business is thriving.

Colorism is deeply ingrained in South Asian cultures. For centuries, India’s caste system has dictated almost every aspect of Indian society or way of life. Mayer said that in India, having a darker skin color is a signifier of how much time a person worked outside and was exposed to the sun. These darker-skinned Indians, who perform hard labor, are typically lower in India’s caste system as opposed to their lighter-skinned counterparts, who have the luxury of staying indoors.

Bollywood also played a role in perpetuating colorism. Famous actors and actresses were typically light-skinned Indians, who made huge amounts of money not only from acting roles but also from advertising skin-whitening products in television commercials. Priyanka Chopra, for instance, has been the subject of criticism for the roles she played in several skin-whitening ad commercials in India. In 2014, the year that India’s advertising council imposed a ban on any ads that depicted dark skin as inferior and other discriminatory marketing that praised light skin, Chopra was asked about her appearance in Unilever’s Ponds White Beauty commercial and defended her endorsement. But in 2017, after moving from Bollywood to Hollywood, Chopra retracted her previous defense of the Ponds commercial in an interview with Vogue, expressing regret and apology for endorsing the products.

Seeing Chopra’s reversal only deepened the wound for Hari. “It’s not okay to be the light-skinned superior beauty for all these years, then switch countries … and just abuse the anti-colorism cause,” Hari said.

The recent killings of Black people at the hands of police and the growing Black Lives Matter movement have become turning points for anti-colorism, especially regarding accountability with big brands, according to Mayer. But anti-colorism activists, like Hari, claim these companies have always known how discriminatory their skin-lightening products were and continued to ignore the concerns of activists. It’s only because the Western world started to pay more attention and spotlighted the severity of the issue, she said, that companies decided to take further action.

“It’s at this point now where brands have to say and do something, because their silence is seen as complicit,” Mayer said. “But it’s hard to discern what is authentic and what is performative during this time.”

Mayer also emphasized that Black communities have always been a champion of pushing these conversations, in part because of the generational trauma they experience. When Hari moved to the US, she reveled in how many Black women unapologetically celebrated their dark skin. She said that was a moment when she realized how deeply colorism had affected her life. Ironically, she began her modeling career after a trip back to India, where she met a makeup artist who admitted to not knowing how to do makeup on dark-skinned women and asked if she could practice on Hari. Eventually, the artist brought in photographers and did a full photo shoot with Hari.

“When I went back to visit India, I already had this perspective that dark skin is beautiful,” Hari said. “Even though I still had some self-esteem issues, I realized that if I said no to that opportunity, then that just goes against my values that everybody is beautiful and everybody is worthy. That changed everything for me.”

Rachel Ramirez is a reporter covering environmental justice, race, and business. She was born and raised in the Northern Mariana Islands, a US territory in the Pacific Ocean. Her work has appeared in Grist, the Financial Times, Rolling Stone, HuffPost, and other publications. Find her on Twitter @rachjuramirez.