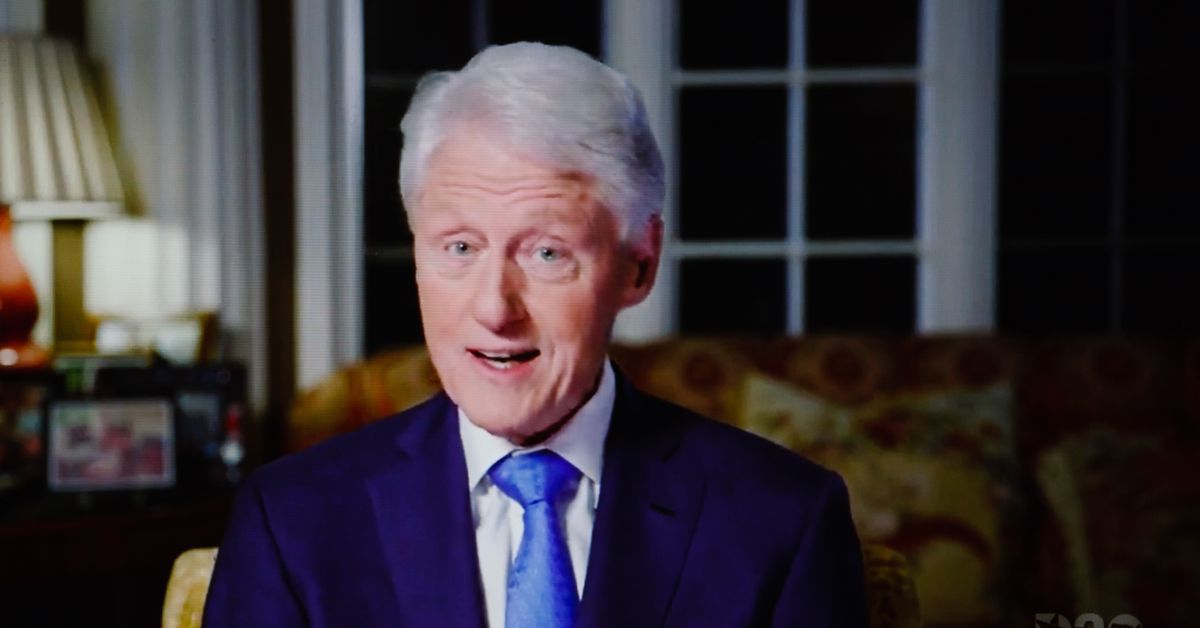 Even though Tuesday night’s Democratic National Convention spent plenty of time showcasing the party’s future, it also contained a remnant of the past: former President Bill Clinton.

Unlike Clinton’s nearly hour-long speeches of conventions past, the all-virtual format meant he had to keep his remarks to a tight five. Pundits generated plenty of content on Tuesday musing about what Clinton’s shortened remarks meant about his stature in the Democratic Party. But it’s worth listening to what Clinton was actually saying.

Clinton’s speech was essentially a synthesized version of his 1992 campaign’s unofficial slogan: “It’s the economy, stupid.” It also demonstrated how the Democratic Party’s old guard — Clinton and 2020 Democratic nominee Joe Biden himself — have been influenced by the party’s progressive wing and its gradual move to the left.

“Joe Biden wants to build an economy far better suited to our changing world,” Clinton said. “Better for young people. Better for families, working and raising their kids. Better for people who lost jobs and need new ones. Better for farmers tired of being collateral damage in trade wars. Better for workers caring for the sick, elderly, and people with disabilities.”

He then ticked through a laundry list of ideas of how to achieve that goal — now broadly supported by both the progressive and centrist wings of the Democratic Party: a higher minimum wage, affordable higher education and health care, cheaper prescription drugs, and paid family and medical leave.

There are some comparisons to be made between Clinton’s 1992 campaign and Biden’s 2020 one. Clinton was the last Democratic presidential candidate to successfully unseat a Republican incumbent (George H.W. Bush) after his first term. He also ran during a recession, albeit one less severe than the current one.

But where Clinton ran unabashedly as a moderate who could execute some Republican ideas the GOP couldn’t even do — welfare reform and curbing the national deficit — Biden is now taking a decidedly different path.

Rather than taking the Democratic Party back to the Clinton playbook of the 1990s, Biden is instead embracing the stature and ideals of New Deal President Franklin Delano Roosevelt.

“Much like FDR faced a structural crisis of economic insecurity, we’re at a similar place,” Biden campaign adviser Jared Bernstein, who served as Biden’s chief economic adviser in the Obama administration, told Vox recently. “The vice president recognizes that the extent of market failure here is not something you can fix with a Band-Aid and that structural reforms are necessary.”

Biden and Clinton are of the same political era. But their plans for the country are very different.

Biden and Clinton (who is a few years younger than the former vice president) came up in the same political era. Their formative political years in the 1970s and ’80s saw the country swing from the Great Society progressivism of Lyndon Johnson — which created Medicare, Medicaid, and other public welfare programs — to the anti-government ethos of former Republican President Ronald Reagan.

That market-oriented centrism and Reagan-esque idea that “government is the problem” came to dominate the Democratic Party. After years of losing to Republican presidential candidates, the Democratic Party forged a centrist identity under Clinton. As president, Clinton kept his promise to “end welfare as we know it,” passing and signing a bipartisan bill created with congressional Republicans that caused some in his own administration to resign in protest.

But Biden’s own economic policy is perhaps most closely being influenced by current events; a once-in-a-century pandemic still raging throughout America. Covid-19 has taken a steep toll on the country’s economy. Millions of Americans are out of work and could face a wave of evictions without continued government assistance and few jobs to apply to.

Those close to Biden recently told Vox that watching the country fall into two debilitating recessions in the past 12 years has had a profound effect on the former vice president and broadened the scope of what he hopes to do if he’s elected president. As Barack Obama’s vice president, Biden helped shepherd the country out of the 2008 recession, yet many working families never enjoyed the full benefits of that recovery.

With America in yet another economic calamity, Biden now envisions a much larger role for government in his administration than past Democratic presidents have been comfortable with. He is thinking of government as a force for good, rather than the Reagan critique that Democrats operated under for decades.

On Tuesday night, Clinton was one of many speakers who echoed this vision for Biden’s presidency.

“[Biden’s] given us smart detailed plans to invest in areas vital to our future,” Clinton said. “Innovative financing for factories and small businesses; good jobs in green energy and conservation to combat climate change; a modern infrastructure that brings small town and rural America the connectivity and investment others take for granted; and a plan to ensure that Blacks, Latinos, Native Americans, women, immigrants, and other communities left behind are full participants in the economy and our society.”

In other words: It’s the new economy, stupid.

Will you become our 20,000th supporter? When the economy took a downturn in the spring and we started asking readers for financial contributions, we weren’t sure how it would go. Today, we’re humbled to say that nearly 20,000 people have chipped in. The reason is both lovely and surprising: Readers told us that they contribute both because they value explanation and because they value that other people can access it, too. We have always believed that explanatory journalism is vital for a functioning democracy. That’s never been more important than today, during a public health crisis, racial justice protests, a recession, and a presidential election. But our distinctive explanatory journalism is expensive, and advertising alone won’t let us keep creating it at the quality and volume this moment requires. Your financial contribution will not constitute a donation, but it will help keep Vox free for all. Contribute today from as little as $3.