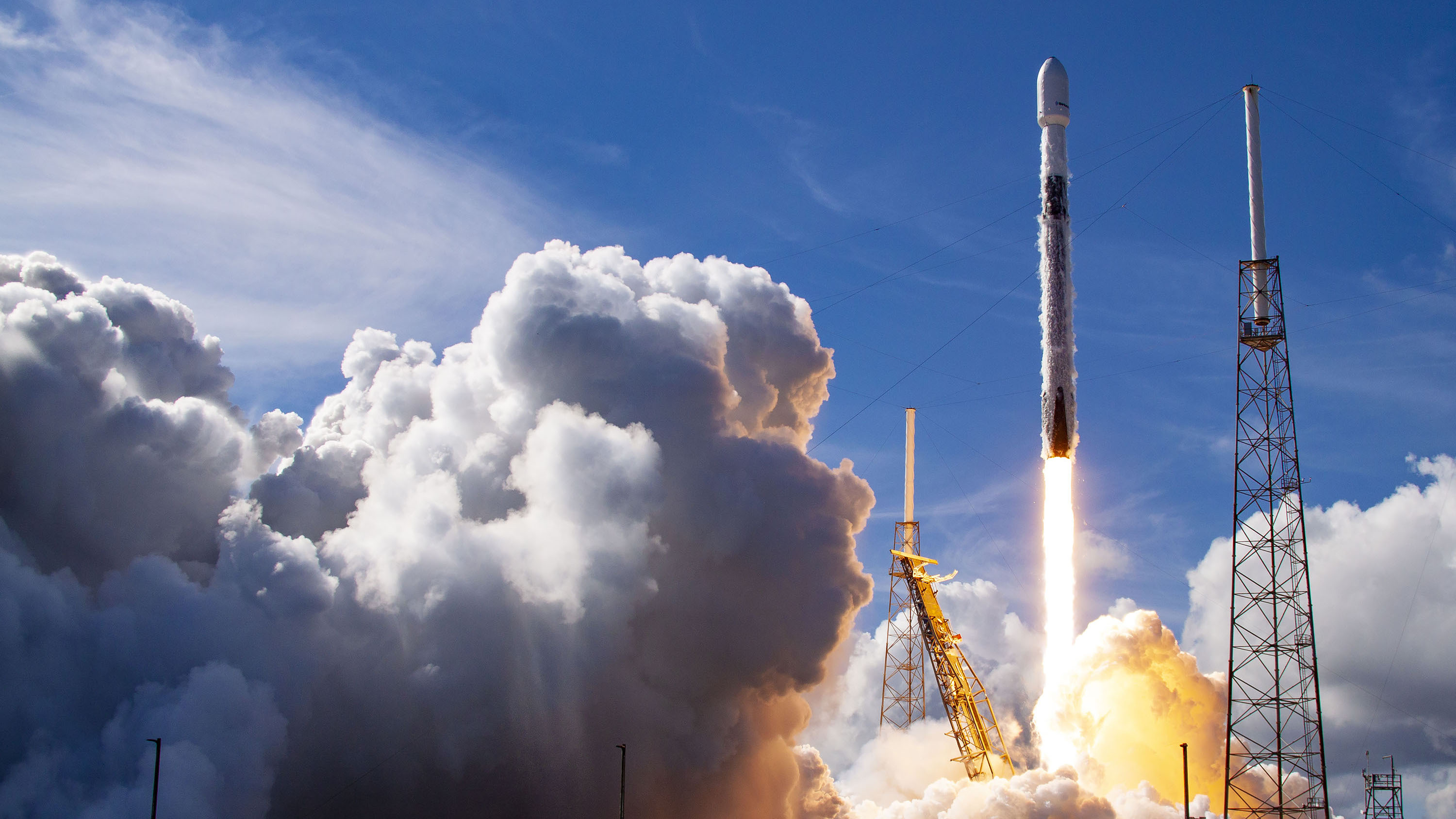 The answer, for now, is no.

The two firms share much in common: Aspirations to cut the cost of access to space with reusable rockets, wealthy founders who emerged from Silicon Valley, and even employees who have jumped from one company to the other. Their rivalry has played out in Twitter spats and fights over patents, launch site leases, and most significantly, lucrative government contracts for satellite launches and moon landers.

Now, Blue Origin’s New Shepard vehicle has finally demonstrated the ability to carry space tourists above the atmosphere, and executives are promising a move to a monthly flight cadence for paying passengers and experimental payloads. Blue has definitely come a long way since 2010, when it received development funding from NASA but wasn’t sure about how to obtain it.

“We said, ‘Give us an invoice,’ and they went ‘Huh?’” Dennis Stone, the NASA executive in charge of the program, said. “They never invoiced anybody; they never had to.”

Breaking down Blue Origin vs. SpaceX

Bezos’ company is still behind SpaceX on a number of key fronts. Above all, Blue Origin still doesn’t have a vehicle that can carry payloads up into space on a permanent basis by placing them in orbit. It is designing a rocket called New Glenn—named after astronaut John Glenn—that was intended to debut in 2020, but now isn’t expected to fly until the end of 2022. In comparison, SpaceX’s orbital rockets, particularly the Falcon 9 and its reusable first stage, now dominate the launch industry.

When New Glenn does arrive, it has the potential to be a game-changer because it is intended to be much bigger than the Falcon 9, and totally reusable. On the other hand, SpaceX is developing its own huge, totally reusable rocket, called Starship. It has already done test hops with the second stage, and test-fired the booster for the first time this week—two key demonstrations we haven’t seen from Blue Origin.

Or, consider human spaceflight: A day after New Shepard took four people to space for a few minutes, four astronauts hopped into the SpaceX Dragon spacecraft that brought them to the International Space Station and took it for a nearly hour-long spin around the orbital habitat to park at a different port.

Or, satellites: SpaceX now operates the largest satellite network in the world, called Starlink, that it uses to deliver broadband internet to customers on earth. Amazon, not Blue Origin, is launching a similar satellite network, but has yet to put any spacecraft in orbit.

It’s not that outsiders lack confidence in Blue Origin. The company has the capital and the team to deliver innovative space hardware. United Launch Alliance, the joint venture of Boeing and Lockheed Martin that is the US military’s preferred launch company, hired Blue Origin to build the engine for its next rocket, called Vulcan. But delivery of prototype engines has been delayed—which hasn’t escaped public attention.

Indeed, NASA officials and industry observers have long thought that Blue is the only likely competitor for SpaceX—and they’d like to see a competitor establish itself to help drive down the cost of going to space. That day has yet to arrive.