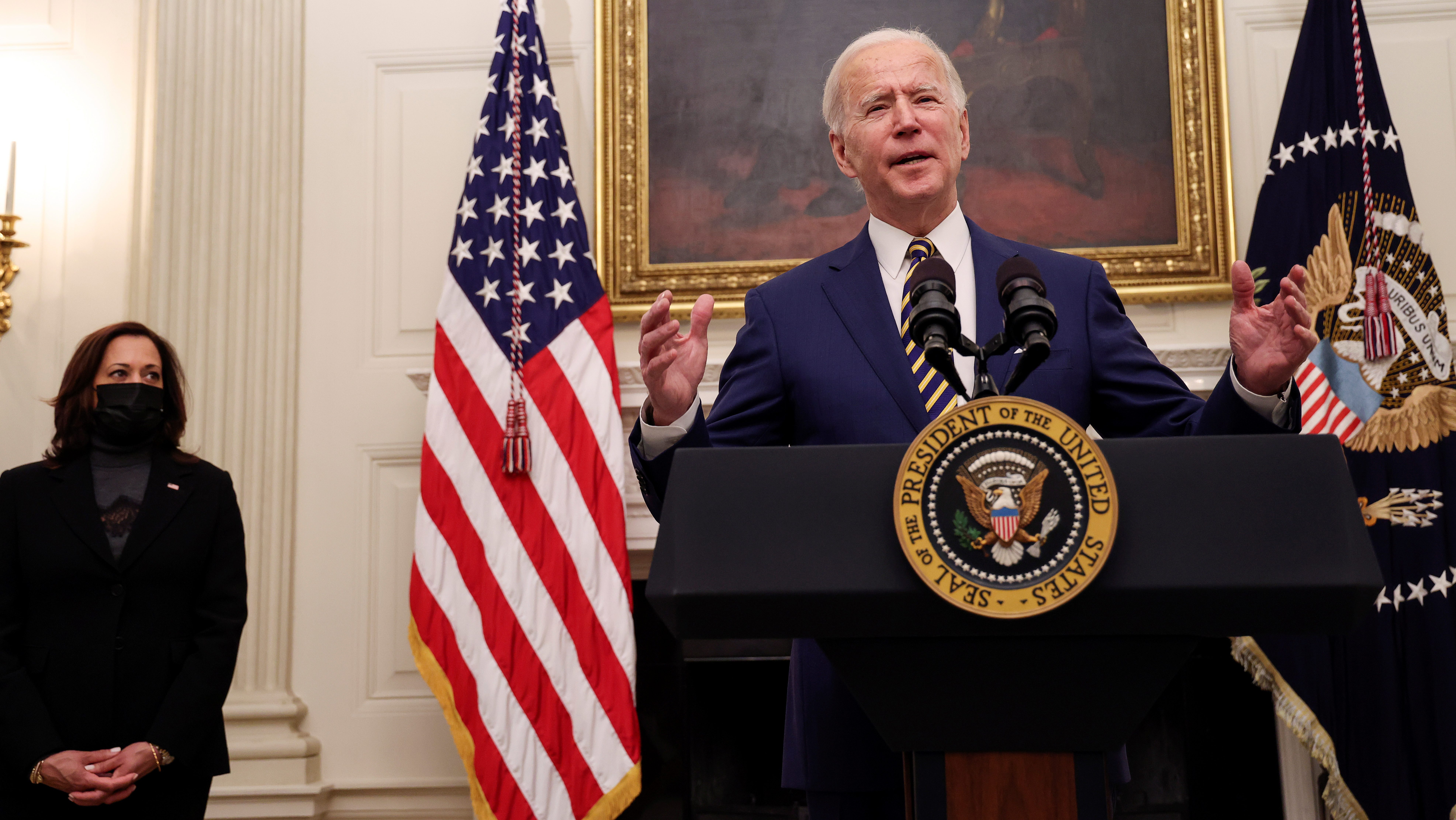 Since the Covid-19 pandemic began, the news has been filled with stories of US companies that have failed to keep employees safe, whether by not providing PPE or by making it impossible for workers to spread out and maintain a safe distance.

For many delivery workers, restaurant servers, caregivers, and food processing workers, quitting out of safety concerns has been out of the question—because whether they would be eligible for unemployment benefits is unclear under current laws. At the very least, proving that fears of catching the virus at work are justified would fall on the claimant.

Now, US president Joe Biden wants to do away with the confusion.

In a fact sheet released by the White House on Jan. 22, the new administration announced it would help “ensure that unemployed Americans no longer have to choose between paying their bills and keeping themselves and their families safe from Covid-19 by asking the US Department of Labor to consider clarifying that workers who refuse unsafe working conditions can still receive unemployment insurance.”

If such a clarification were to materialize, it would be a welcome game-changer for US workers, though it also would likely invite pushback from conservative lawmakers. As the New York Times reported, some Republicans worried last year that low-paid workers would quit their jobs and give up on finding work because of enhanced unemployment benefits, which paid an extra $600 per week. Research suggests their concerns were overblown. For example, a paper (pdf) from the Groundwork Collective and the National Employment Law Project found that a majority of Americans currently collecting unemployment insurance worked in industries where the average total pay is higher than average weekly unemployment benefits.

It’s reasonable to believe that if the rules changed, most people would still choose to keep their jobs over collecting unemployment insurance—provided they were comfortable with the amount of risk they face in the workplace.

Implementing a policy like the one the Biden administration requested would result in workers, particularly low-wage workers, having more choice over their safety, says Erica Groshen, an economist at Cornell University and a former commissioner of the US Bureau of Labor Statistics. The alternative is workers continue to toil under unsafe conditions with “no financial alternative” since they need to continue to pay rent and put food on the table, she says.

Giving more workers options wouldn’t just offer people a financial alternative to jobs with proven safety risks. It also would help lower Covid-19 transmission rates during a time when combating the virus is key to an economic recovery. According to Goshen, the policy also could nudge employers to pay more and create safer working conditions.

The administration’s language on the topic is hardly forceful, so its request of the Labor Department may not signal that real change is around the corner. But Biden already has signed an executive order directing the US Occupational Safety and Health Administration to beef up its Covid-19 workplace safety guidelines and step up enforcement, which had been non-existent under the Trump administration. Soon, companies that fail to comply with safety rules could face stiff fines.

Between both changes, the message to US employers is clear: Make sure your employees feel safe. It’s the right thing to do, and you will face consequences if you don’t.