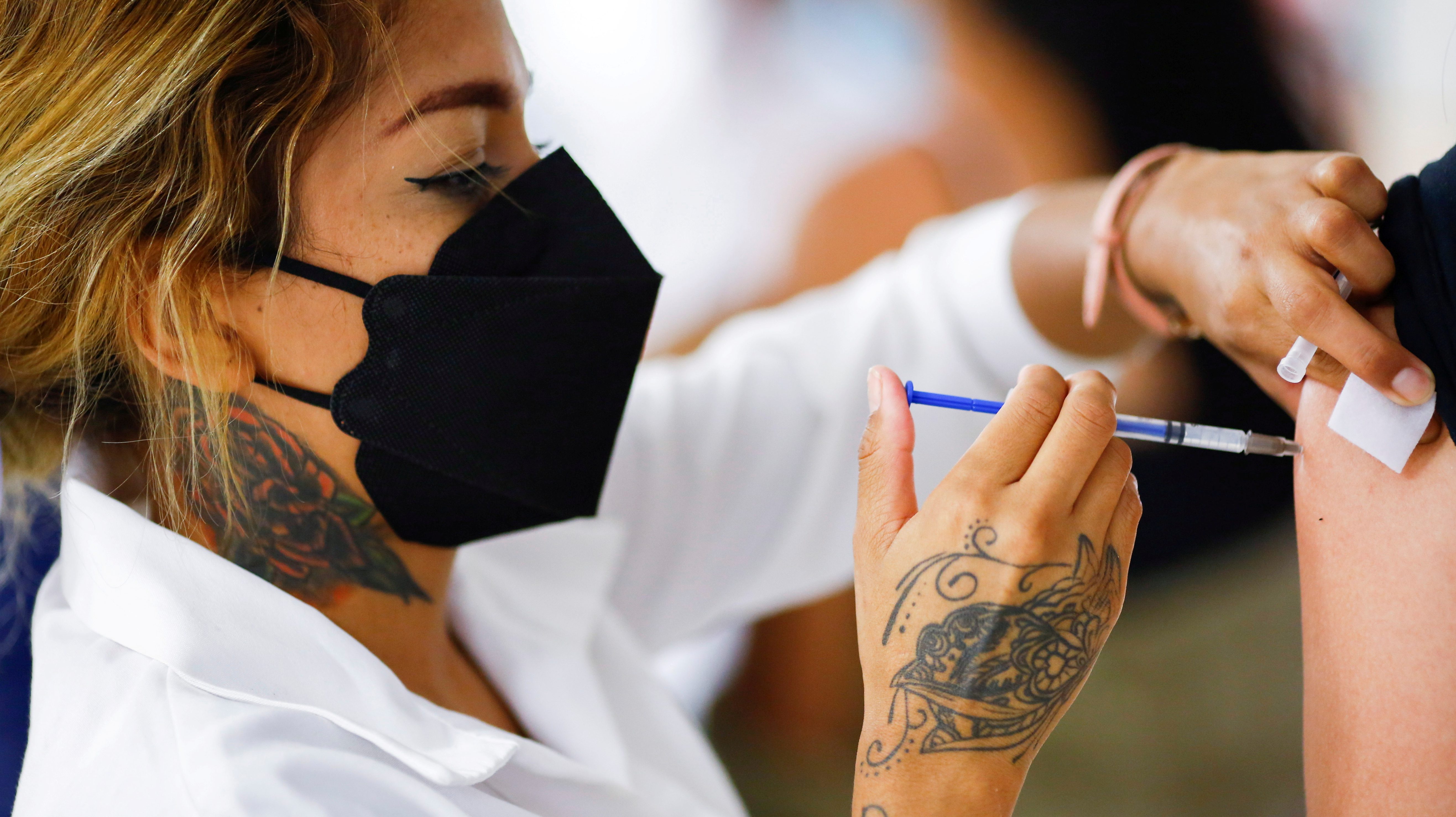 The White House surprised private businesses in the US on Sept. 9 by announcing it would ask the Occupational Safety and Health Administration (OSHA) to draft an emergency rule directing companies of more than 100 employees to adopt Covid-19 vaccination mandates. US president Joe Biden said that “patience is wearing thin” with the 25% of eligible Americans who have yet to get vaccinated.

Private employers weren’t the only focus of Biden’s new measures. Federal employees and contractors, and anyone who works in healthcare facilities that receive federal funding, will soon be required to get vaccinated or face termination. Private-sector employers, however, will have the option to offer workers a way out of getting a jab by getting tested for Covid-19 weekly. Like other mandates, the new rule is expected to allow exemptions for medical or religious reasons.

The costs of the technology and labor required to verify that workers are vaccinated or that they have tested negative every week may seem onerous or politically unjustifiable by some company owners. Meanwhile, some Republican leaders are already calling on employers to ignore Biden’s proposed rule, despite the risk that Covid-19 poses to employees’ health. All to say that once the new regulation is issued formally and withstands any legal challenges, there will almost certainly be employers who ignore the requirement.

So then what happens? And can workers do anything about it?

According to legal experts who spoke to Quartz, yes. In fact, workers could play a major role in helping OSHA police the new mandates.

How will OSHA enforce the new rules about Covid-19 vaccination mandates and testing?

To be sure, since the text of the temporary emergency standard that Biden is proposing is not yet available, businesses, lawyers, and legal scholars can only speculate as to how the rule will be enforced, says Vanderbilt University law professor Jennifer Shinall. The White House has only said that companies that disregard the rule could face fines of up to $14,000 per violation. However, there is no national registry for vaccination, as Shinall notes, so how would the government keep track of which companies are in compliance?

The way OSHA operates right now, it would be up to employees to file a complaint with the agency (by phone, email, mail, or in-person) if they know or suspect that their employer is not checking for proof of vaccination or testing employees. “There’s no private right of action granted to employees under OSHA,” which means a worker can’t sue their employer directly for violating an OSHA rule, says Shinall, but workers can file complaints or become whistleblowers in a more formal process. OSHA then could decide whether to investigate the claim.

“Maybe if enough workers complain and file formal complaints with OSHA, about Covid or multiple workplace safety issues, OSHA will then eventually do an inspection,” Shinall says.

But OSHA was already lax about enforcement before the pandemic and has been strongly criticized for ignoring workers’ complaints during the pandemic, too, she adds.

Shinall doesn’t expect that to change. Instead, she speculates that the forthcoming regulation will essentially turn OSHA’s existing guidance around Covid-19 in the workplace into a formal rule.

Mere guidance would not hold much water in a legal challenge, should an employer who is putting employees at risk of a potentially fatal respiratory illness be brought to federal court by the Justice Department, she explains. However, as a new standard, the vaccine or testing requirement would have teeth. “If one of these [hypothetical] challenges ends up in federal court, the court has to give that rule, what’s called Chevron deference, which means, basically, a large degree of deference to the agency for oversight.”

Ian Carleton Schaefer, who chairs the New York employment and labor practice at the law firm Loeb & Loeb in New York City, suggests that companies may be required to report their vaccination rates to the federal government, perhaps using the apps that many companies already have in place. Or companies may be expected to self-report vaccination and testing compliance under an honor system. “And then if there’s an investigation, OSHA comes in and has the authority to do audits unannounced,” he says. Either way, he warns, “you won’t want OSHA knocking on your door, and finding you’re not in compliance.”

Although OSHA is not known for being aggressive, that could change. The agency might decide to make examples of noncompliant companies, to serve as a warning to other businesses, he says, suggesting that big employers perhaps might be “named and shamed” and fined large amounts.

The pressure to comply might also come from employees. Despite the vocal anti-vax or anti-mandate minority, a majority of US workers do support workplace policies like the ones Biden hopes to impose. Schaefer notes that companies are already under a lot of pressure to answer return-to-office questions, like whether it will be safe and how they can be sure.

For employers who were on the fence about adopting a mandate, Biden’s mandate will give them political cover to move forward and provide clarity. And if they don’t, there could be a “groundswell of pressure” from workers “raising complaints and raising grievances, if they’re in a unionized environment,” Schaefer says, “because I don’t think anyone wants to go back to an office or workplace where they don’t know what the other risk factors are going to be and what the company has done to safeguard their health and wellbeing.”

Fortunately, the process of complaining to OSHA is a light lift for employees. They can contact the agency without a lawyer and without providing documentation of the issue.

“Depending on the nature of the gravity of the complaint, especially if one is centered around a company’s protection against Covid at work or failure to protect its Covid spread, it would very likely get the attention of OSHA investigator and trigger a complaint or an investigation or an audit into that particular workplace,” Schaefer says.

OSHA did not immediately respond to Quartz’s requests for information.

What does Biden’s “game-changing” vaccine-mandate directive mean for employers?

Schaefer gives Biden credit for “a significant, and really game-changing type of directive that might not have precedent in modern labor history,” he says. Within his practice, he has seen many companies that “didn’t want to force in a paternalistic way,” he says. “There are definitely people who just didn’t want to make a decision because they thought there was no right decision. And so by now having the government say it, it relieves them, it absolves them.”

That doesn’t mean compliance will be easy for everyone. “For the vast majority of large employers, it’s going to require them to scramble to get their infrastructure set up to be able to get the paperwork, get the certification, figure out how to track it and how to ensure the safeguarding of information on a need-to-know basis,” Schaefer says.

“It’s also going to require employers to make difficult choices” about employees who object to both testing and vaccination, he says. Does that mean the person no longer has a job, or just that they can’t come into the office? It’s so far unclear how the rules will apply to remote workers, but Schaefer believes companies should expect that it will.