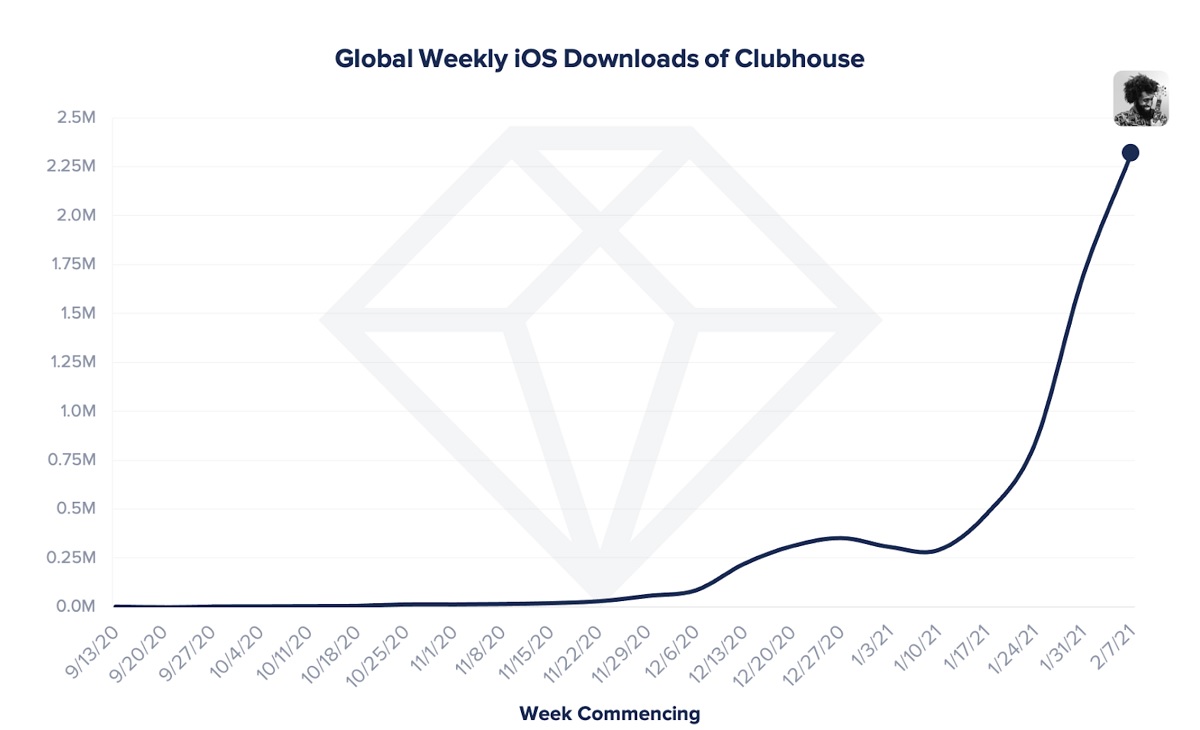 The audio social chat app is invitation-only and is available on iOS, but it has seen an explosion of growth in the past couple of months as users invite their friends to join.

As of February 1, it had over 3.5 million global downloads and 8.1 million by Feb 16, 2021, and has quickly garnered attention in the UK, Germany, Japan, Brazil and Turkey, said Lexi Sydow, an analyst at App Annie, in a blog post.

“It is like plugging into the zeitgeist in real-time,” said Jon Radoff, CEO of game development platform Beamable, in a message. “I learn an enormous amount in every conversation I’ve experienced.”

Radoff’s Game Industry Cocktails room has been running nonstop for four days now, as different moderators take over the conversation and keep it going. I’m joining him at 6 p.m. tonight for a talk on game venture capital.

I’ve been a regular, especially during my evening jogs, when I have time to listen. I’ve frequently joined rooms with 5,000 people listening to luminaries like Marc Andreessen, cofounder of Andreessen Horowitz, which led a $100 million investment round for Clubhouse on January 25. Other well-known figures who joined conversations include Elon Musk and Mark Zuckerberg.

I like it because I get to join instant panels on game topics. There are regular discussions about virtual reality, blockchain and cryptocurrency, gamng careers, raising money, the acquisitions frenzy, and more. Anyone can create a room, and you can invite all your friends to join, and they can invite their friends. You see the rooms that your friends are in, and you can explore other rooms randomly.

There are a lot of tech people and celebrities on the platform, as well as influencers. I have seen more game people join, but that community is still nascent. Clubhouse is at its strongest when it has spirited but civil debates. Last night, Eros Resmini, former chief marketing officer for Discord, joined a session talking about Discord vs. Clubhouse. Only once have I see an audience member ask something totally off topic, when he asked if anyone in the room knew how to fix a Wii U game console.

The app has had 2.6 million downloads in the U.S. to date, and invitations are increasingly easy to get. Facebook is reportedly building a rival audio chat product, and other competitors on the global scene include Dizhua, Tiya, Yalla, and Quilt.

Not everybody is a fan of Clubhouse, as it has a kind of elite (or elitist) audience at the moment.

“My impression is that Clubhouse is just another example of Silicon Valley trying to ‘sex-up’ an existing solution that isn’t broken,” said veteran public relations man Jonathan Hirshon, in a message. “It’s called a conference call over IP. Yes, the user interface is good and the overall UX works, but I’m highly skeptical this concept can’t be easily cloned by Twitter, Zoom, or Cisco.”