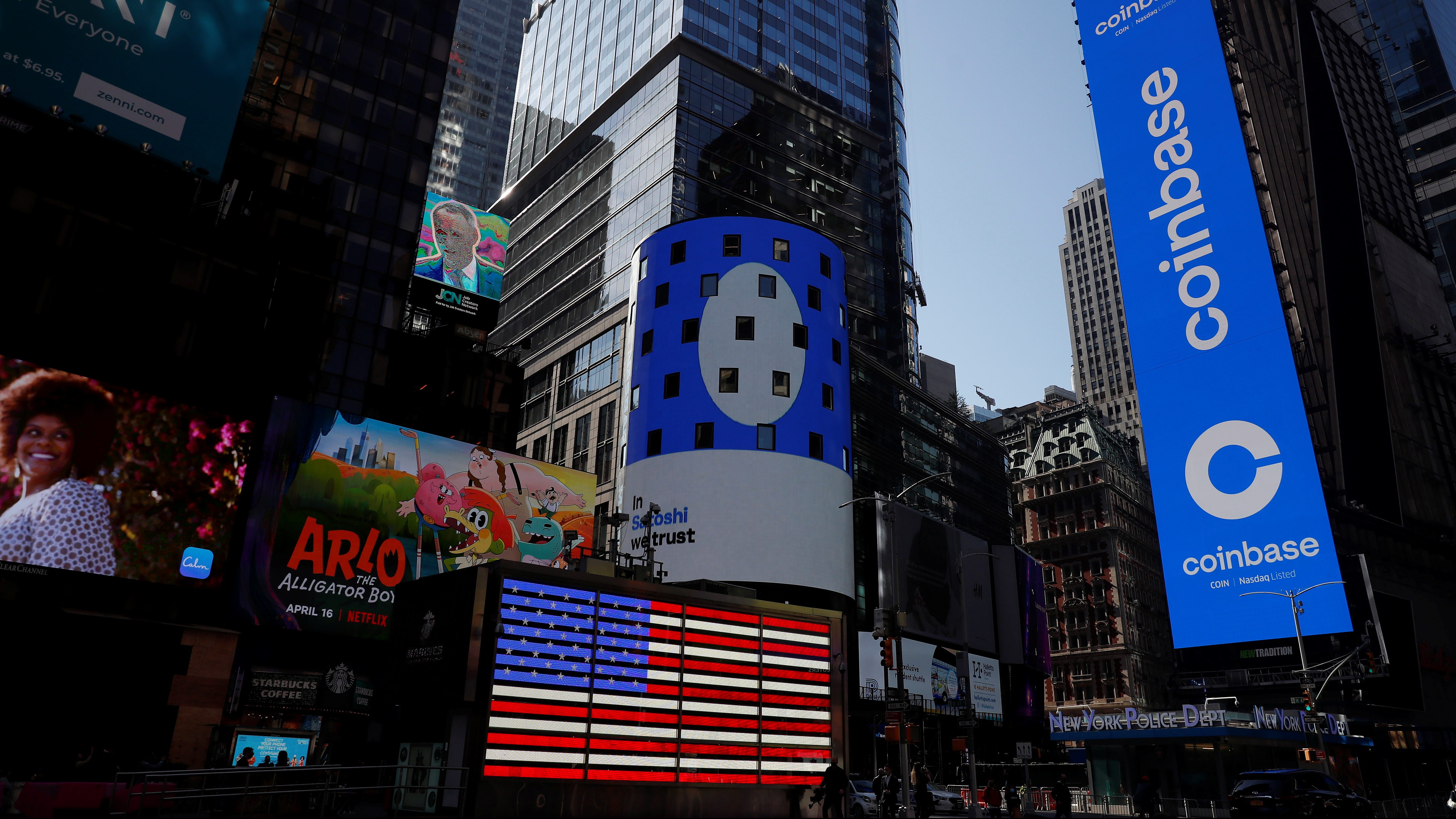 For crypto fans, Coinbase’s $86 billion IPO is a stamp of validation for bitcoin and the nascent world of digital assets. Coinbase’s bottom line is poised to be a major beneficiary of that optimism.

The eight-year-old crypto exchange didn’t raise any money through the direct listing, which is fine for Coinbase because it has more than $1 billion on its balance sheet. Instead of cash, the listing provided a new stamp of approval: The largest US trading venue for digital assets will have audited financials and undergo greater scrutiny from investors and regulators, providing a new level of transparency into a company that is a key part of the $2 trillion crypto market.

Scores of crypto assets, from dogecoin to ether, surged as bitcoin climbed to a record of more than $64,000, up from about $7,000 a year ago, according to CoinDesk data.

Why bitcoin prices climbed to a record high

Coinbase is now a mega-cap stock, which is seen as a sign that crypto has gone from a curiosity to a piece of the mainstream financial system, said Gil Luria, director of research at investment firm D.A. Davidson. The surge in prices shows the market is betting the Coinbase IPO “will pave the way for more investors to be involved in crypto assets.”

Soaring prices for digital assets is great news for Coinbase, which makes most of its money from transactions. Its profits tend to rise and fall depending on whether crypto is increasing or decreasing in price. Coinbase reported 2.4 million monthly transacting users (MTUs) in March 2018 when bitcoin was trading as high as $11,000 or so; MTUs plunged to around 900,000 in December of that year as the original crypto asset’s price dropped some 70% to about $3,000.

“There will be crypto winters, and Coinbase’s results will not be as good when crypto assets are declining,” Luria said.

There have been false dawns before. When bitcoin futures started trading on a major exchange in Chicago in 2017, it was seen as an onramp for institutional investors to plug into the crypto market. That turned out to be a peak—a year later bitcoin prices had cratered some 80%, from about $18,000 to around $3,500. That was even after Goldman Sachs set up a trading operation for bitcoin derivatives, which was also regarded as something that would legitimize digital assets.

Coinbase shares ricocheted almost like a crypto asset during their first day of trading, changing hands as low as $310 and as high as $429.54, before closing at $328.28, according to FactSet. The company’s market capitalization puts Coinbase well ahead of exchanges like Nasdaq and Intercontinental Exchange, which operates the New York Stock Exchange.

Such a high valuation isn’t much of a surprise in Luria’s view, as markets and trading for stocks, commodities, and derivatives are well established, highly competitive, and have less room for growth. He thinks Coinbase is more like cloud-computing company Snowflake or e-commerce software company Shopify, which have long runways of expansion ahead of them.

“That’s what these guys are—they’re an open-ended growth story and market leader,” he said. “That’s how the market is treating them valuation-wise.”