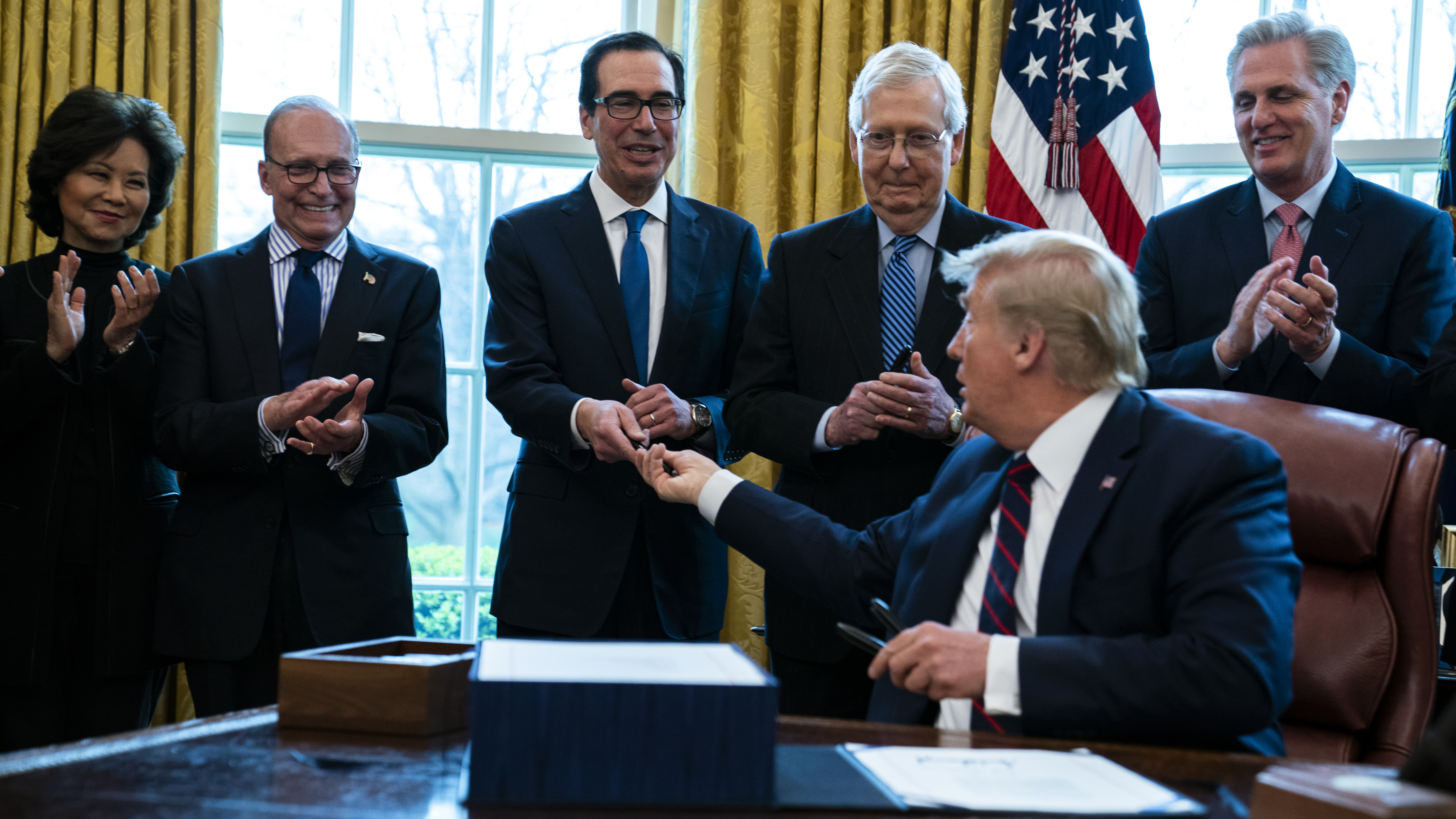 All over the United States, small business is suffering and unemployment is rising. To respond, Congress created a $350 billion fund to keep workers on payrolls amidst a pandemic they couldn’t anticipate. President Donald Trump signed the law on March 27.

But entrepreneurs who have closed up shop or lost revenue because of the fight against coronavirus, from dentists and restauranteurs to wine importers and pet groomers, still don’t know when they’ll get these rescue funds.

“My own guess is that the start-up of these loans is going to be slow, but for us, the sooner the better,” says Greg Hunnicut, a contractor in Houston, Texas, who has paused work for his five employees, as well as various subcontractors. His customers have been understanding thus far, but he has several houses in various stages of demolition waiting to be built back up. “I don’t know how long everyone will be patient.”

The plan is to push the funds out by having the Small Business Administration guarantee low-interest bank loans up to $10 million, which can be forgiven if used for immediate payroll costs—hence the name Paycheck Protection Program. The loans are intended for any business with fewer than 500 employees, including self-employed people, and are available retroactively from Feb. 15 so that workers can be rehired.

But the SBA only guaranteed $28 billion worth of loans in all of 2019, and is now facing the challenge of doling out more than ten times as much money, as fast as possible. The Treasury Department said today that applications will open April 3. Banks say they are waiting on government guidelines before they start pushing money to their customers.

“We do not currently have a start date for accepting applications as we are awaiting final guidance on program specifics from Treasury and the SBA,” a spokesperson for Wells Fargo, one of the largest US small business lenders, told Quartz earlier today. “Once we receive these specifics, we will know more about when the program will become operational and when lenders can begin disbursing funds.”

“The PPP legislation was done really fast, but with no means to implement and no real usable guidance,” Will Katz, regional director of the Small Business Development Center at the University of Kansas, says. “I’m not blaming the legislators. Bold is good right now. But I think it was misguided to tell people they could walk into a bank and walk out with cash.”

Katz thinks banks will receive guidance later this week or early next. “In the meantime,” he says, “people are calling their banker, and their banker can only say, ‘I don’t know yet.’”

For now, he advises small businesses to try to talk their current bank, so that the institution can get an idea of the demand for loans.

Katz also suggests that they apply for an existing program: the Economic Injury Disaster Loan. Its terms are not as generous, but it is available now; owners can apply and decide not to accept the EIDL if they get access to the Paycheck Protection loans. Unfortunately, many applicants report that the website for the EIDL program is crashing under heavy demand.

In Washington, SBA and the Trump administration’s under-staffed Treasury are rushing to put together rules to get the money out to the public. There is currently no undersecretary for domestic finance in the Treasury Department and the SBA is run by its third supervisor in three years, who has only been on the job for a few months.

The White House is reportedly sending additional staff to the SBA, among them an aide to Ivanka Trump, in an ad hoc attempt to get the program off the ground.

The best and most useful iOS 14 widgets

Speed, demand, and responsibility: How messaging app Line dealt with 2020

Report: Samsung to kill the Galaxy Note in 2021 to focus on folding phones

The 12 Days of Christmas: the story behind the holiday’s most annoying carol