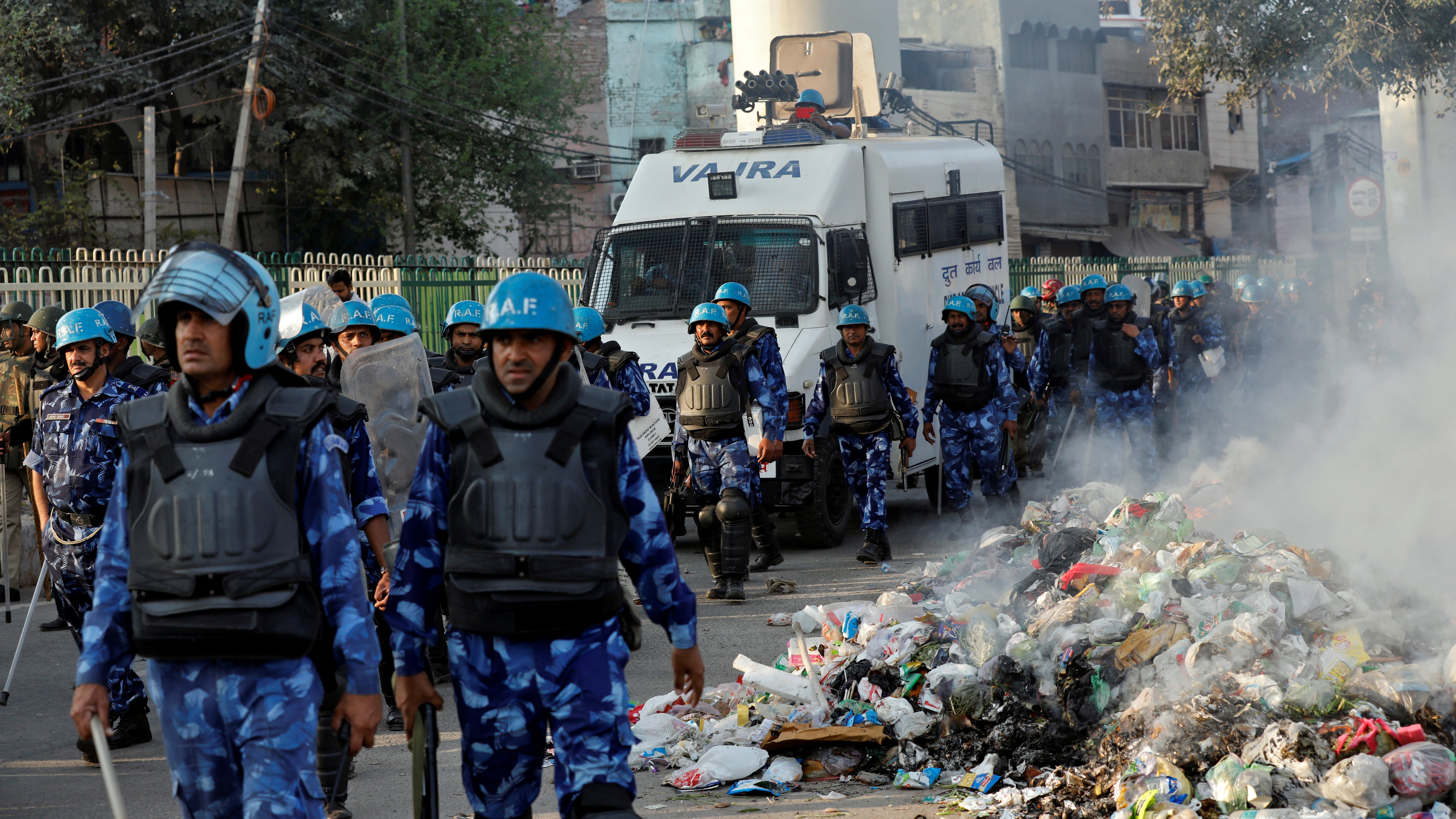 Delhi chief minister Arvind Kejriwal today (Feb. 26) asked the Indian government to call in the army to quell violence in the city.

At least 20 people, including a policeman, have lost their lives since riots broke out in the city on Feb. 24 over a newly-introduced but fractious citizenship law.

However, media reports indicated that the Indian home ministry may not be in favour of deploying the army.

Over the past two days, violent mobs have burnt down shops and houses, vandalised religious places, fired guns, and created overall mayhem in Delhi, especially its northeastern outskirts. The affected areas include Jaffrabad, Maujpur, Chandbagh, Karawal Nagar, Gokulpuri, Shahdara, and Bhajanpura, among others.

A curfew has now been imposed in these parts and the police have also issued shoot-at-sight orders against rioters.

The Delhi high court, in a late-night hearing yesterday, directed the police to ensure safe passage for those injured. It asked officials to submit a compliance report, including updates about the injured, along with details of medical assistance provided to them.

The court will again meet today at 2:15pm to take stock of the situation.

In some areas, locals and civilians took out peace rallies and marches emphasising religious unity.

The key reason behind the riot has been the Citizenship Amendment Act (CAA) passed by the Indian parliament last December, which has been viewed by many as being discriminatory towards India’s Muslim community. For the past two months, huge protests and demonstrations have been held in Delhi and other parts of the country against the law, which have been largely peaceful.

Violence broke out in Delhi a day after a local Bharatiya Janata Party (BJP) leader, Kapil Mishra, threatened to trigger clashes. On Feb. 23, Mishra led a pro-CAA crowd against a group of women protesting against the law. The BJP leader gave an ultimatum to the police to quell the protests in three days. “We won’t listen to you if roads are not vacated by then,” he had said.