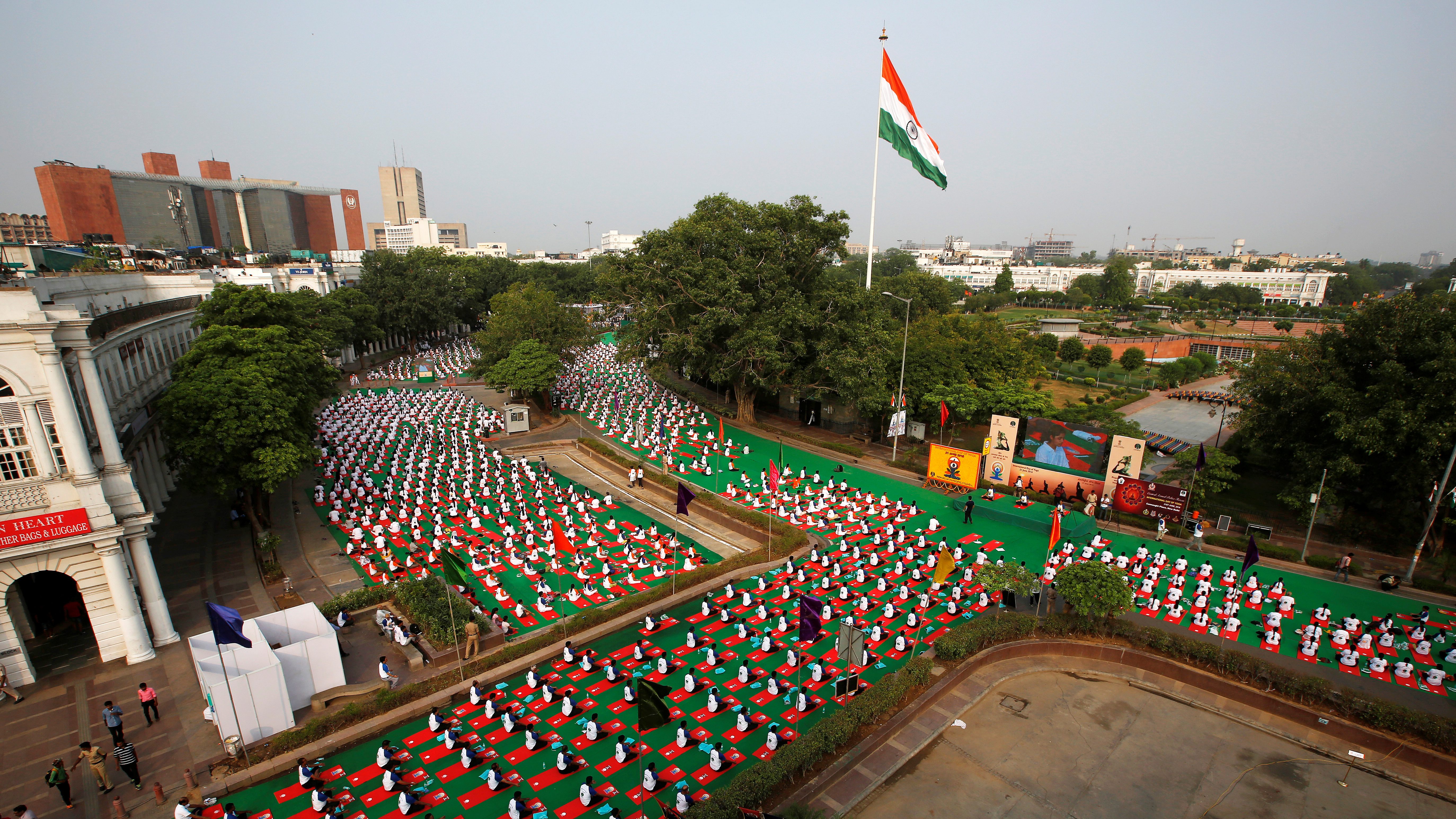 The Delhi government has earmarked Rs 84 crore to install the Indian flag in 500 locations across the city. This move was announced under the Aam Aadmi Party-led state government’s “Deshbhakti budget” in March for the year 2021 to 2022.

The budget includes various elements of “deshbhakti” or nationalism in schemes for the several departments, including health and education. Among other things, the government proposed the creation of a “Deshbhakti curriculum” that will assign “one period daily to instill in the young minds of students the pride and sentiments of unity and brotherhood, love, and respect for the country.

The idea, according to the Aam Aadmi Party, is to celebrate 75 years of Indian Independence, while also attempting to make the flag ubiquitous in the capital. “So even if someone is going out 2 km from their home, they will get to see the tricolour flying in all its glory and feel patriotic,” deputy chief minister Manish Sisodia had said in March.

Initially, the budget presented in March allocated Rs45 crore ($6 million) for the installation of 500 flag masts. But this figure was increased to Rs84 crore, according to the tender floated by the Delhi government’s Public Works Department on July 24.

The tender calls for bids till Aug. 9 to install 35 metre-high mast flags at 495 locations in Delhi. It has set the timeline for the completion of the construction of flag poles to 150 days. Five of the remaining poles are scheduled to be up before Independence Day on Aug. 15, The Indian Express newspaper reported.

Going by the total amount in the tender, each flag pole will cost nearly Rs16.8 lakh to install.

While the total allocation is barely 1% of the capital’s budget of Rs69,000 crore for 2021 and 2022, it has come under scrutiny in a city that was hit by the migrant crisis over the last year and has just about recovered from a tsunami of Covid-19 infections which left hundreds of families devastated and its health systems overburdened between April and May.

“Giving Rs 84 crore to install 500 flags is a complete travesty,” said Right to Food activist Anjali Bharadwaj. “There are many pressing issues that need the government’s attention like providing nutrition to children living in poverty and issuing ration cards to those in need of subsidised foodgrains. So if the government has the resources why can they not focus on these issues?”

The state government seems to have spent much less than this earmarked amount on other more crucial schemes under education, health, labour, and social welfare departments, according to an analysis by Scroll.in of the state Outcome Budget for the year 2020 to 2021.

During that period, it spent only Rs62 crore on providing students in government-run schools with mid-day meals, the outcome budget for the Directorate of Education shows. During the same period, the state spent only Rs20 crore to grant scholarships to 260,000 “educationally backward/minority students”.

What explains AAP’s decision to spend money on putting up flags then?

Analysts see it as an attempt to situate the party in a political landscape defined by the Bharatiya Janata Party, especially as it seeks to politically expand beyond the capital in states like Gujarat, Punjab, and Goa.“The party is struggling to redefine itself between the BJP and the rest of the parties in India,” said sociologist Shiv Vishwanathan. “They are wasting their time [with such initiatives].”

In March, chief minister Arvind Kejriwal made this aim at positioning evident, while defending the decision against attacks from the opposition. “There should be no politics over patriotism,” said Kejriwal. “The country belongs to all… I want to ask the BJP will the tricolour be hoisted in Pakistan if not in India?”

Bigger than other schemes

Although a small percentage of the overall budget, the Delhi government’s expenditure on other schemes is significantly lower than the amount it aims to spend on erecting flag poles, according to the outcome budget for the 2021-2022 period.

The outcome budget for the Directorate General of Health Services shows the state spent only Rs70 crore to run its mohalla clinics, the AAP-run government’s much touted public health initiative. Among other public health programmes, it spent only Rs8.5 crore on the special immunisation programme for measles, mumps and rubella, and typhoid, under the Directorate for Family Welfare.

The Delhi Commission for Women, which runs a rape crisis cell, an intervention cell for domestic abuse and acid attacks, a helpline for women in distress and counselling was granted only Rs40 crore under the outcome budget for women and child development.

The figures in the outcome budget for the commission for child rights were even lower. Delhi Commission for Protection of Child Rights, which deals with cases of violation of children, and their education and health, was granted only Rs7 crore.

Nearly every year between October and November, Delhi is engulfed by pollution coming in from various sources including from the crop burning fields in neighbouring Punjab and Haryana. The outcome budget has little to show on what the Delhi government has done to work towards cleaner air except that it has granted a little over Rs28 crore as subsidies for the purchase of two and four-wheeler battery operated vehicles.

The amount of money spent on schemes for the welfare of marginalised communities was significantly lower than the amount secured for the flags, according to the outcome budget.

For instance, only Rs48 crore was spent on providing financial assistance to reimburse tuition fees and Rs1 crore on scholarships to students from Scheduled Caste, Scheduled Tribe, Other Backward Classes and minority communities, the outcome budget under the welfare department shows.

Only Rs65 crore was spent on improving the living conditions and improving roads, drains, toilets, and other public facilities in bastis populated by Scheduled Caste communities.

When it comes to providing water supply, the state spent only Rs10 crore to ensure piped supply to the capital’s rural areas, the outcome budget for the Delhi Jal Board shows.

The spokesperson for the Delhi government and AAP MLA Saurabh Bharadwaj did not respond to Scroll.in’s queries about the need for the expenditure of Rs84 crore on installing tricolours in the city.

In the capital, one of the most pressing issues at the moment is of hunger and food security, and this is where the Delhi government could use its resources, said Bharadwaj. “We have had to approach the courts time and again to ensure that the government provides rations to families who do not possess ration cards,” she said.

This article first appeared on Scroll.in. We welcome your comments at ideas.india@qz.com.