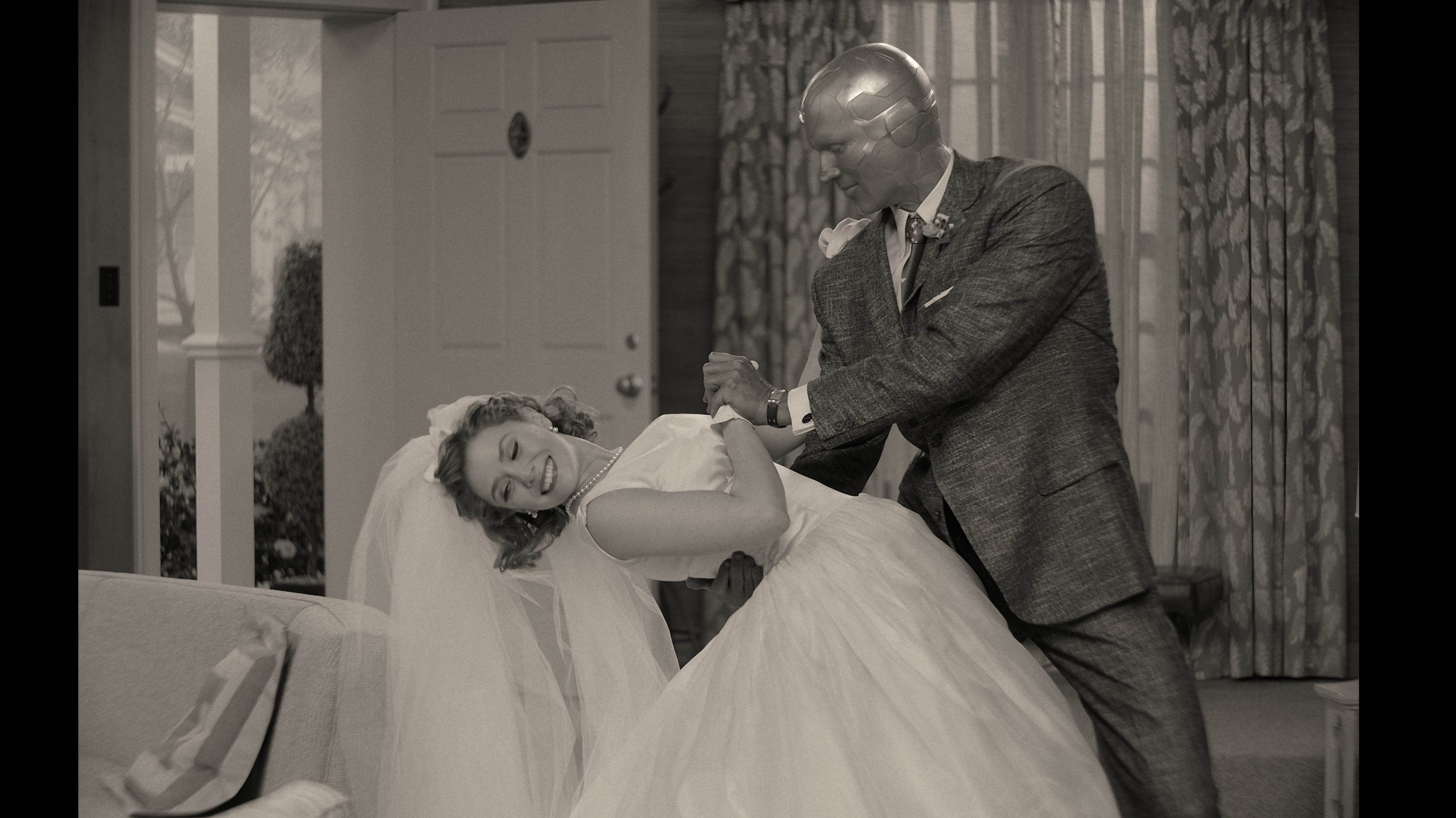 The next phase of Marvel’s superhero cinematic universe—the most expensive and highest-grossing film series of all time—will begin with a television sitcom.

WandaVision, which debuts tomorrow on Disney’s streaming service, Disney+, marks the first foray into TV production for Marvel’s movie studio and the start of “Phase Four” of its superhero narrative (Previous Marvel shows, like Jessica Jones on Netflix, were produced by a different production company within Marvel.). The vast apparatus behind making blockbuster superhero films for Disney is shifting some of its gears toward streaming, in accordance with Disney’s strategy to grow Disney+ into the world’s premier entertainment hub.

Because of the shuttering of parks and theaters due to the pandemic, Disney+ has become vital to Disney as a company much quicker than anyone anticipated. Some of its theme parks are closed (and the others have attendance restrictions) and its movies have been delayed. Disney reported its first quarterly loss ever in August, hemorrhaging $5 billion. Its lone bright spot has been Disney+, which already has nearly 90 million subscribers and is rapidly growing.

Inspired by one of Marvel’s weirdest recent comics, WandaVision plucks two ancillary heroes from the Avengers squad—the Scarlet Witch and Vision—and drops them into suburbia, providing viewers a peak into their relatively normal lives following the events of the Avengers: Endgame movie. The show is filmed, in part, in the style of a classic American sitcom. Its first episode is shot in black-and-white and filmed in front of a live studio audience. It’s more I Love Lucy than action epic.

That makes it a curious series to kick off Marvel’s crucial next phase, which will bounce regularly between theaters and streaming for the next three years. Indeed, WandaVision was not supposed to be the initiative’s launchpad. That honor was meant for The Falcon and the Winter Soldier, a far more traditional superhero show—but its August 2020 release date was delayed due to the Covid-19 pandemic. (It is now scheduled to premiere in March.)

This left WandaVision, likely the most experimental piece of content Marvel has ever done for TV or film, as Disney’s most crucial streaming debut since the launch of the Star Wars series The Mandalorian in 2019.

WandaVision might suddenly have outsized importance for Disney, but the Mouse House has several failsafes in the waiting. From now through 2023, it will release new Marvel content—either on Disney+ or in theaters—basically every few months. Following The Falcon and the Winter Soldier, Black Widow is slated for theaters. Following that, Loki, a series focusing on the infamous Thor villain, hits Disney+.

But it all starts with WandaVision, which does not feature the elaborate action sequences or universe-trotting spectacle most Marvel fans are accustomed to. It will serve as Disney’s first attempt at proving it can hook audiences—and reel in subscribers—with a story that is not only based on characters outside the “core” team of comic superheroes, but one that’s also not even really a superhero story at all. (That is, not yet. The show’s first few episodes hint at a larger mystery holding it all together.) It’s about as big a risk as Disney takes—and it needs a successful showing to continue the company’s streaming momentum.