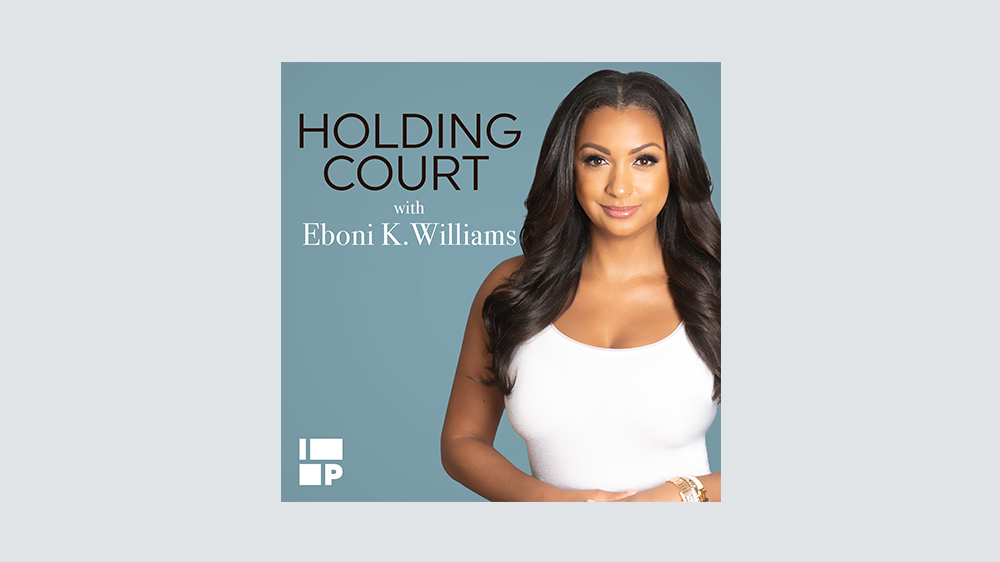 Williams — an attorney, journalist, TV host and author — recently starred on “The Real Housewives of New York City,” becoming the first-ever Black cast member to be on the Bravo show.

“Holding Court with Eboni K. Williams” will head into its second season later this month under its new network. The podcast hosted by Williams features cultural observer Dustin Ross as they dive into headline-making court cases and current events to examine American culture and the justice system. Some examples of cases covered on “Holding Court” include the latest with Brittany Griner, Travis Scott and R. Kelly, all covering the intersection of law and culture.

The mission of WMG’s Interval Presents is to create and amplify podcast content that resonates with diverse, culture-forward millennial and Gen Z listeners. Williams’ podcast joins a growing slate of podcasts at Interval Presents, which includes “Rap Radar,” hosted by music journalists Brian “B.Dot” Miller and Elliott Wilson, plus upcoming shows that will be hosted by Lupita Nyong‘o and Jason Derulo.

The first season of Williams’ podcast was produced by her own production company, Uppity Productions, which will continue to produce the second season alongside Interval Presents.

“Interval Presents and ‘Holding Court’ are perfectly aligned for this moment — where the intersection of law, social justice and culture has higher stakes than ever before. I couldn’t be more thrilled about the new partnership,” Williams says in a statement. “Our audience can look forward to more unfiltered, of-the-moment conversations that unpack the legal cases and pop culture news captivating the nation at all times.”

Allan Coye, general manager of Interval Presents, commented: “As a lawyer and entertainer, Eboni brings a unique and much-needed perspective to conversations about the biggest headlines and pop culture topics of today. ‘Holding Court’ examines trending subjects in a thought-provoking and entertaining way, which aligns closely with our vision at Interval Presents. We’re excited to help amplify Eboni’s voice and execute on her creative vision as our partnership develops.”

Williams starred in the most recent season of “The Real Housewives of New York City,” which concluded a year ago. In March, Variety revealed exclusively that “New York” will undergo a full reboot and is expected to launch its next season with a new cast (which has yet to be announced), with original cast members returning for a legacy spinoff of the show. Last year, in an interview with Variety, Williams discussed her “difficult” experience on the reality show.

Prior to “RHONY,” Williams was a host at Sean “Diddy” Combs’ Revolt TV. She graduated with a law degree from Loyola University New Orleans College of Law and worked as an attorney, representing clients in homicide, rape, drug, sex crime and federal offense cases. Transitioning to journalism, she then became a CBS News correspondent in 2014 before joining Fox News, appearing on shows such as “Hannity,” “Outnumbered,” “The Five” and co-anchoring “Fox News Specialists.” In 2017 she wrote a book titled “Pretty Powerful: Appearance, Substance, and Success.”

“Holding Court” was nominated at the 2022 Webbys for “podcasts, news and politics,” and was the only female-fronted show to be nominated in that category. Season 2 of “Holding Court” premieres on Aug. 31 with new episodes dropping each Wednesday.

Listen to the trailer for the new season of “Holding Court with Eboni K. Williams” below: