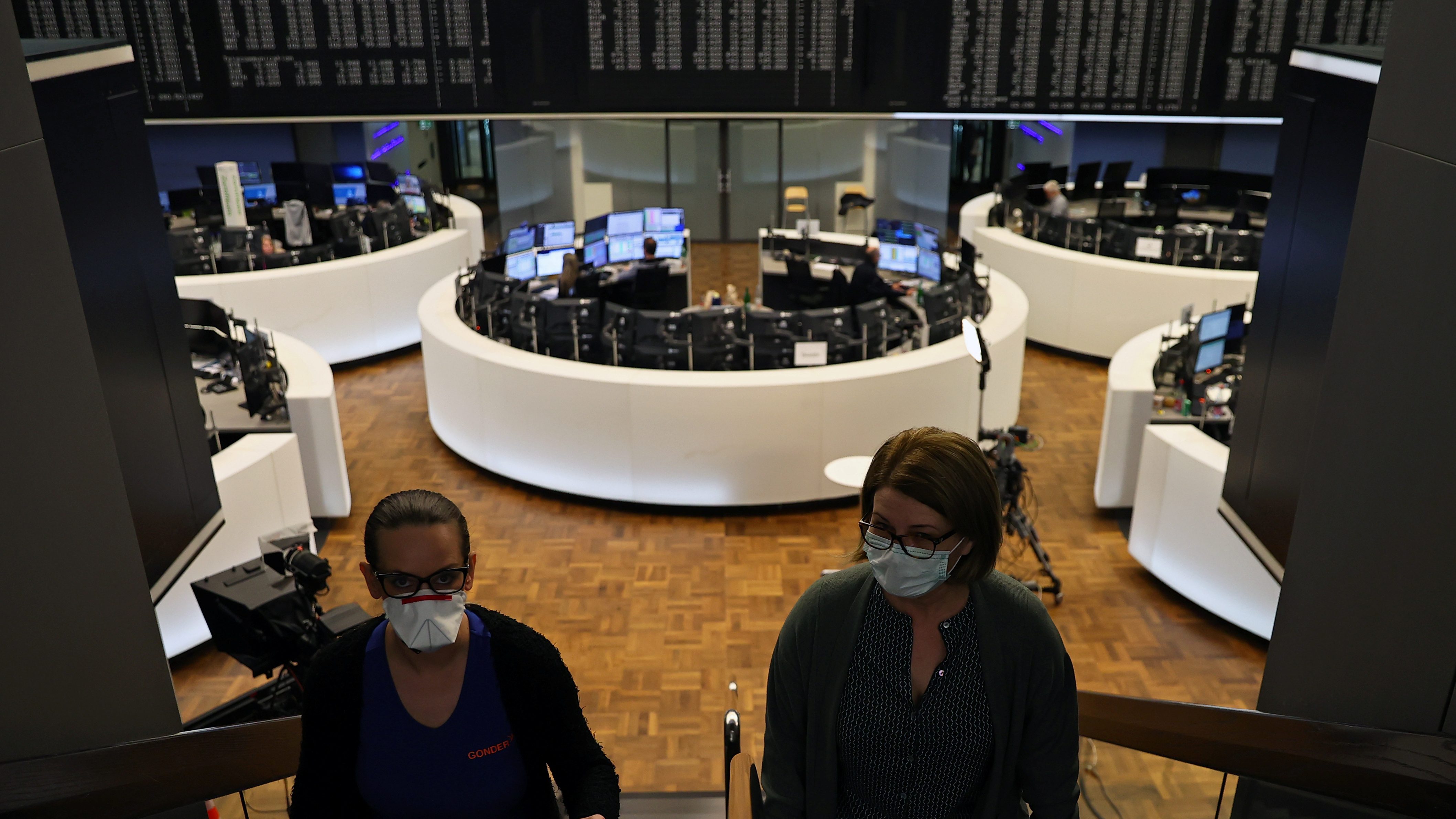 From Frankfurt to New York, stock markets have had a grizzly week. Their decline reflects growing concern that the nascent economic recovery could stumble.

There’s plenty to worry about. In the US, hopes for a second round of federal spending to support the economy have dimmed. And in Europe as well as America, a second wave of Covid-19 infections and hospitalizations will mean more people staying home and spending less. The S&P 500 Index of large US companies perked up slightly today, but is still down about 4% this week. Germany’s DAX fell more than 8%, and France’s CAC 40 benchmark lost 7%. West Texas Intermediate crude oil has already declined by almost 10% and is headed for its worst week since April.

Economists say the prospect for stimulus had been driving the US stock market. But Congress is at an impasse over an aid package that could range from $500 billion to more than $2 trillion. Whether further support can be agreed on, and how big it will be, will depend on who wins next week’s election. The outcome could cause more gridlock in decision making, but it might also break the logjam. Much depends on the combination of parties that come to power in Washington, and whether the same party holds the presidency and both branches of Congress.

Another economic setback might seem surprising, given that the latest estimates show US gross domestic product grew at a record annualized rate of 7.4% in the third quarter. But that figure reflects the economy snapping back from an especially deep hole in the second quarter, when GDP contracted 9%. The value of goods and services produced in the US still hasn’t recovered from the ground it lost during the previous wave of infections.

French president Emmanuel Macron and German chancellor Angela Merkel addressed their countries this week to prepare residents for tighter restrictions in the coming days. Non-essential businesses in France will be required to close, and activities outside the homes will be curtailed. In Germany, bars and restaurants will close, except for carry-out food, while shops will have restrictions on how many people are allowed inside.

As Europe hunkers down to contain the virus, the European Central Bank suggested today that it would take steps to boost the economy. The central bank kept its deposit rate at -0.5% and signaled it would probably buy more bonds to keep interest rates contained and ease financing. ECB supervisor Kerstin af Jochnick said the “possibility of a double-dip recession cannot be ruled out yet” as new restrictions are implemented across the euro area to reduce Covid-19 infections.

Ludovic Subran, chief economist for Allianz, predicts “strictness for confinement”—a proxy for measures that restrict person-to-person contact to stem coronavirus infections—is poised to increase in the US, returning to levels even above those in June that choked off economic growth. “In such circumstances we cannot exclude a scenario of negative growth in Q4 2020,” he wrote.

One place that’s not headed for a double-dip recession is China, where Covid-19 infections appear contained and the government has unleashed robust infrastructure spending to support the economy. The SSE Composite Index, a benchmark of stocks listed on the Shanghai Stock Exchange, has risen 0.5% during the past five days and has rallied about 7% this year.