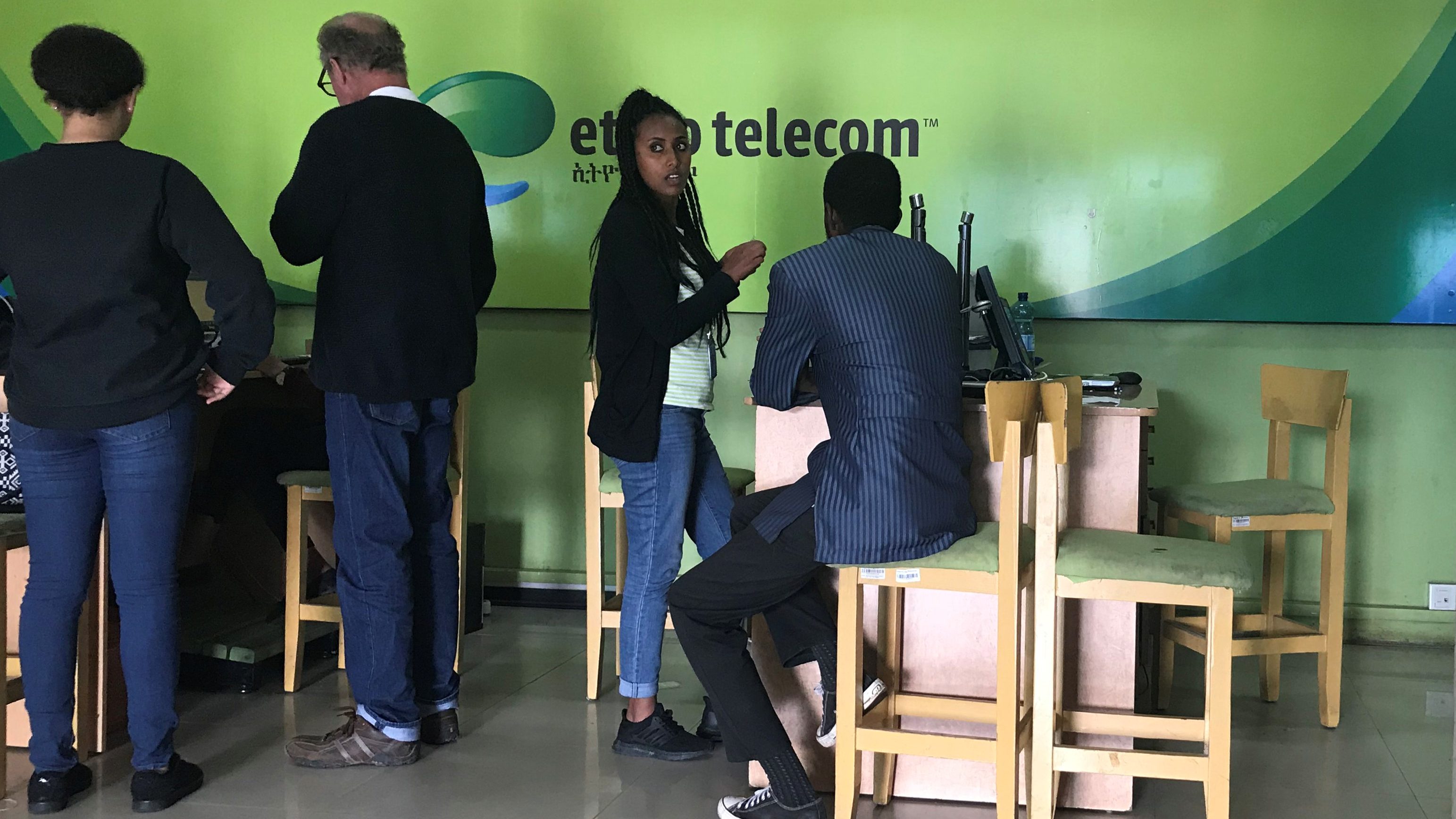 Ethiopia’s planned opening up of the country’s telecommunications sector had international companies jostling to be among the first to get a slice of a largely untapped industry in Africa’s fastest growing economy.

But reports have emerged that the government’s regulators have abruptly decided that it would no longer take competing bids for operating licenses from a dozen foreign mobile network operators.

The decision, which was leaked to media via sources close to the negotiations has dimmed corporate enthusiasm for Ethiopia which has been touting its economic reform over the last decade, most recently under the reformist leadership of prime minister Abiy. Now, two years after Ethiopia first teased the world with plans that as much of half of the country’s telecommunications industry was up for grabs, there is still no clear timetable for its implementation.

State-run Ethio Telecom remains the sole provider for phone and internet services for a country with a population of 110 million people. The Ethiopian government had long been wary about privatizing the sector until 2018, with a major policy shift under Abiy soon after he took office. The government also said it was pondering the sale of shares in other state assets, including the national carrier, Ethiopian Airlines.

But Ethio Telecom’s monopoly on the market will remain unchallenged for the time being, with a rift between management of the sole state run provider Ethio Telecom and the state regulator Ethiopia’s Communications Authority (ECA), reportedly contributing to the suspension of the process. The latter’s courting of foreign entities keen on ownership of the country’s telecommuncations infrastructure reportedly didn’t sit well with Ethio Telecom. Among those whose offers were screened before being ultimately sidelined were sector giants including France’s Orange and Saudi Telecom. They were jostling for two licensing slots that were to be made available by the ECA.

At a press conference in Addis Ababa late last month, Ethio Telecom’s chief executive Frehiwot Tamiru announced the company had raked in over $1.3 billion in revenue over the course of the fiscal year, surpassing expectations. Using an array of colorful pie charts as part of a PowerPoint presentation, the CEO added that some 46 million people, just under half the country’s population had now subscribed to Ethio Telecom’s service.

But when a journalist inquired about the planned handover of 40% of the sector to foreign companies, there was a cagey response. “The liberalization process is overseen by the Ministry of Finance and the Ethiopian Communications Authority,” Frehiwot Tamiru said. “Your question would be best addressed by someone from one of those institutions.”

On the Ethiopian Communications Authority homepage, documents detailing how “interconnectivity” between the market’s stakeholders, including use of each other’s infrastructure would work. There are no updates as to what led to the breakdown in the process or when the initiative would be restarted. Emails to ECA director general Balcha Reba requesting clarification have thus far gone unanswered.

Internet penetration in Ethiopia remains low at a paltry 19%, with users of telecommunications services in Ethiopia regularly complaining of slow and unreliable service. The Ethiopian government has often resorted to shutting down the country’s internet service whenever a spate of political instability or violence breaks out also contributes to the unpredictability factor. After the assassination of popular musician Hachalu Hundessa on June 29 and a breakout of violence a day later, internet was shutdown and remained that way for three weeks, reportedly costing the Ethiopian economy $100 million.