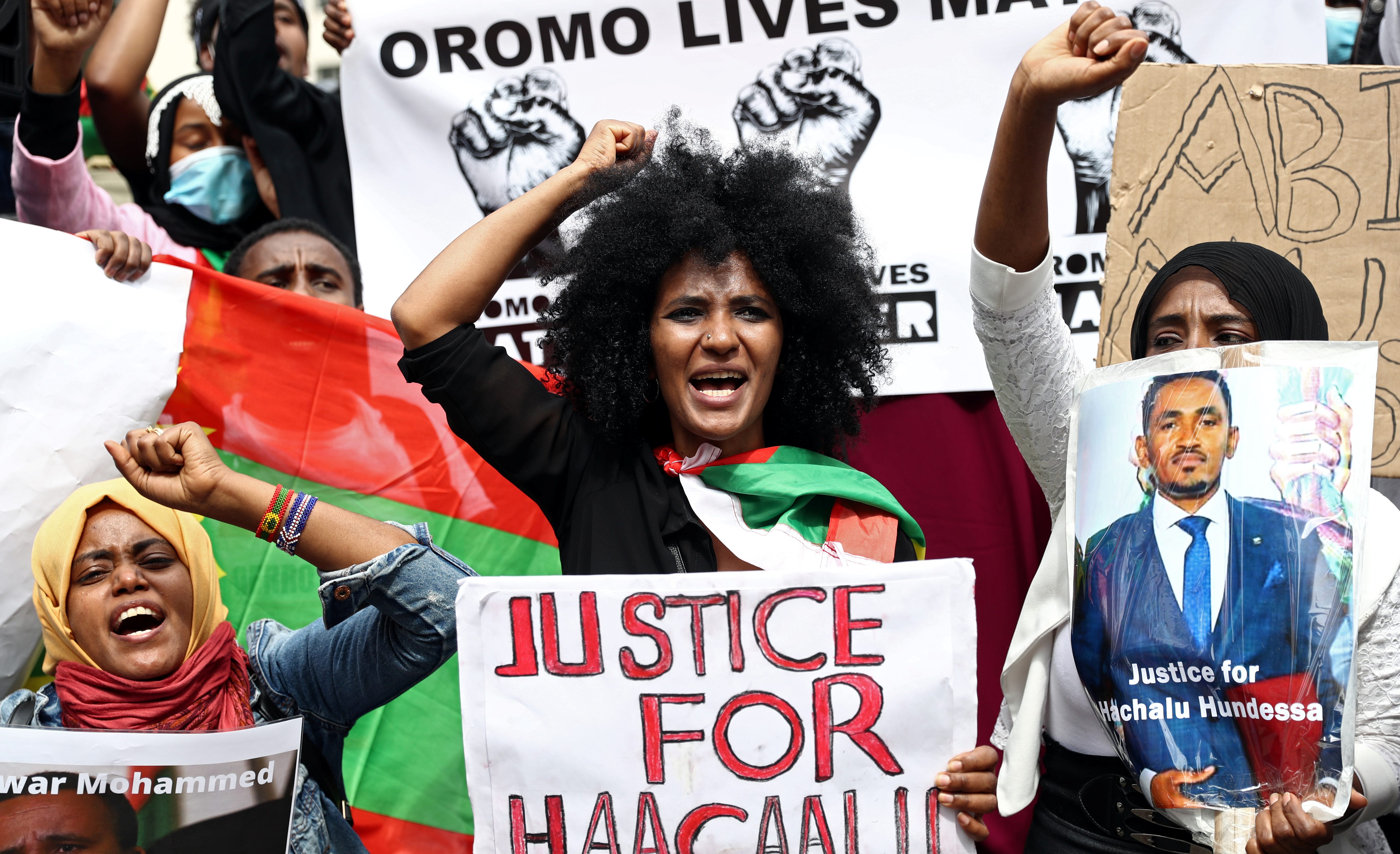 Oromia, one of the regions in Ethiopia’s ethnically constituted federation and the country’s most populated one, also happens to be the political constituency of prime minister Abiy Ahmed.

Unfortunately, the region is the country’s biggest security challenge.

Ahmed’s efforts to address simmering ethnic conflict across Ethiopia have been mostly successful. His government has managed to improve relations between the Oromo and Somali groups, which had previously clashed. And ethnic Gedeos, who had been displaced from Oromia have by and large returned to the region.

The latest spurt of ethnic clashes was triggered by the murder in late June of Hachalu Hundessa in Addis Ababa. He was a 34-year old Ethiopian singer and activist for the rights of the Oromo. Ethnic violence ensued around the capital and the regional state of Oromia.

At least 239 citizens and security personnel have been killed. The internet was also shut down across Ethiopia, a common tactic the government uses to prevent the spread of violence nationwide. It has now been partially restored.

The violence points to the need for Abiy to address the tensions around Oromia. Failure to do so will mean that ethnic tensions and violence in Ethiopia will continue.

Why Oromia is a hotbed of ethnic tensions

Formation of Oromo based ethno-nationalist movements that fought for freedom and equality began in the era of Haile Selassie who ruled as Emperor from 1930 to 1974. Oromo Liberation Front, the most famous of them, was established in 1973.

The political narratives exploited by ethno-nationalist Oromo groups were designed to pit one group against another. In particular, most ethno-nationalists wrongly accused the Amhara people, and the country’s imperial past, for what they refer to as their history of marginalization.

Class-based oppression was undeniable. Additionally, most of the country’s peasants, regardless of their ethnicity, received the brunt of the exploitation. But there is no consensus on the marginalizing of any particular group. Nonetheless, the marginalization narratives succeeded in creating ethnic hatred towards non-Oromos in Oromia.

In fact, the Amhara people are not only Ethiopia’s poorest, but widely recognized as the poorest in the world. This despite being blamed for marginalizing the rest.

Since he came to power in April 2018, Abiy has attempted to bring ethno-nationalists to the political centre. There have been positive responses. For example, members of armed groups returned home at his invitation.

But of those who returned, the Oromo Liberation Army refused to disarm. It has been in conflict with the Ethiopian army in Guji and Wollega within the Oromia region for more than a year.

This has led to the killing of local administrative officials, mayors of towns, and government security officers. Innocent citizens have also been kidnapped.

In a country that has been ravaged by the politics of ethno-nationalism, most occurrences are interpreted along ethnic lines. Consequently, the government blames the ethno-nationalist political opposition for inciting ethnic violence. Following Hundessa’s death, the government arrested powerful activist Oromo Jawar Mohammed and other political leaders. It accused them of using the tragic death of Hundessa to incite ethnic violence.

The government raided the Oromia Media Network—which was founded by Jawar Mohammed who was until recently its director—and detained some journalists. The network was calling for more violence. Even Facebook took down some of the network’s posts for inciting violence.

Sadly, given the high level of ethnic polarization such promising starts have faded.

The recent violence, challenging as it has been, is not the biggest test the government is facing. The Tigray People’s Liberation Front, once a dominant force within the former Ethiopian People’s Revolutionary Democratic Front, remains a bitter critic of Ahmed’s leadership.

After the Ethiopian parliament indefinitely postponed the general election due to the Covid-19 pandemic, Tigrayan officials vowed to forge ahead with their own regional elections. This is a decision that Ahmed’s new Prosperity Party and many other political organizations consider unconstitutional.

Despite challenges over the past few years, Ahmed’s government has achieved high marks on multiple fronts. For instance, the number of internally displaced people fell by more than 1.4 million.

Most of Ethiopia—with a population of more than 110 million—is stable, except for pockets of violence and conflict in Oromia.

Progress in institution building efforts such as good governance, and security sector reforms, liberalizing the economy by easing ways of doing business, and environmental protection efforts are also encouraging.

Through his new Prosperity Party, Ahmed has been preaching unity.

On the economic front, besides accelerating the construction of the Grand Ethiopian Renaissance Dam, and defending the country’s right to use its water resources, he has taken measures to save an economy that was on a cliff.

Regionally, besides mending Ethiopia-Eritrea relations, which earned him a Nobel Peace Prize—Ahmed has supported Somalia’s quest towards peace and reconciliation with Somaliland. His efforts to bring Sudan out of the shadows of ethnic conflict are also highly recognized.

As the government attempts to ensure much needed nationwide peace and security, it should design strategies to help shift the country’s priorities towards economic transformation.

To effectively quell security challenges, Ethiopia’s federal government must also take swift action to protect citizens’ constitutional rights to live and work in any part of Ethiopia. It must also act decisively to improve bureaucratic efficiency to serve and protect its citizens.