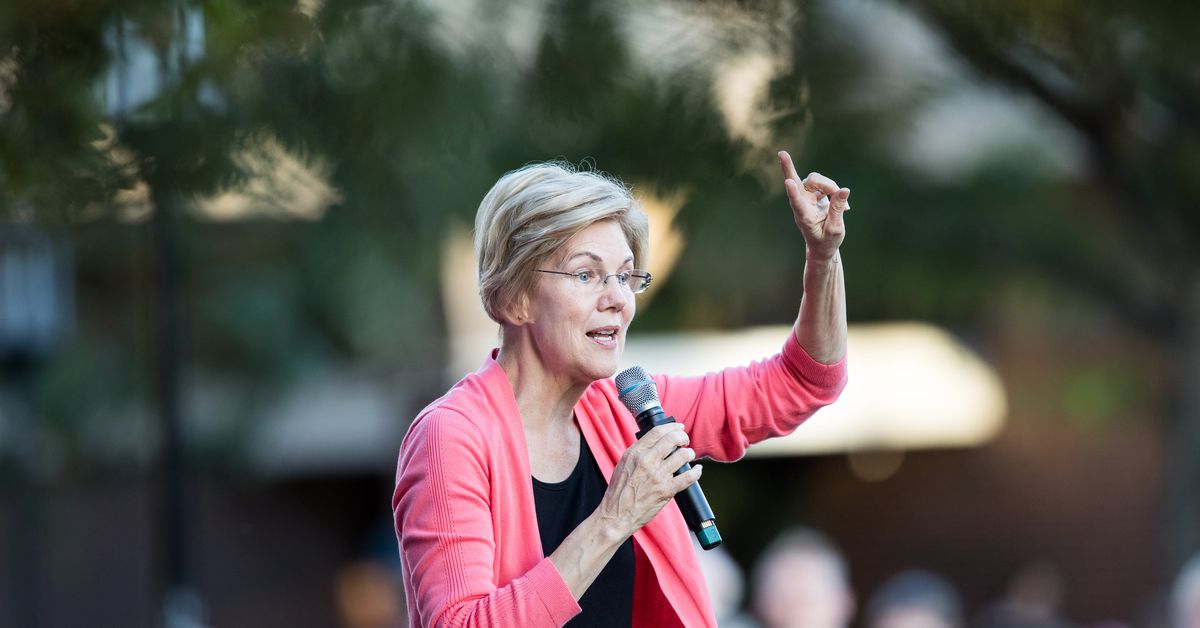 Child care workers in America are in an untenable position right now. Some are on the front lines of the coronavirus response, caring for children of essential workers while often lacking health insurance themselves. Others are unable to make ends meet as families keep their kids at home and day care centers shutter.

Meanwhile, parents are left wondering whether their children’s care providers will even be in business when the pandemic is over, making child care possibly harder to find and more expensive than before.

Now, Sens. Elizabeth Warren (D-MA) and Tina Smith (D-MN) are releasing a proposal to fix the problem. The plan, posted on Medium on Wednesday and provided to Vox exclusively ahead of publication, would set aside $50 billion for America’s child care system in the next coronavirus relief package. The money would be used in three main ways: to provide hazard pay and other support to those still caring for the children of essential workers, to help other providers keep paying their staff while they are closed, and to shore up the child care system (including boosting wages) for the future.

“When the time comes,” Warren and Smith write, “we will not be able to rebuild our economy if this country’s child care system has collapsed beneath the economic burden of this pandemic.”

The proposal is far more ambitious than the $3.5 billion set aside for child care in the recent federal stimulus legislation. And thus its prospects in the Republican-controlled Senate are uncertain, to say the least. But it is in line with what child care experts say is necessary to make sure child care providers can keep paying their workers during this time and reopen when it is safe to do so — and to remedy some of the inequities that have left child care workers in this country underpaid, overworked, and unacknowledged.

“We have only two options as a country: we can either do what is needed to stabilize the child care system, or we can watch child care providers collapse, one by one in our communities, leaving families with fewer options and hamstringing our economic recovery,” the senators write. “We are prepared to fight in Congress to save this system from collapse and strengthen it for the challenges ahead.”

The challenges facing child care providers right now are severe. Many have closed their doors during the pandemic, either by order of state officials or because so many parents have pulled out their children that they can no longer remain open. But many day cares rely entirely on parent fees for their operating budget — if children aren’t coming, and parents aren’t paying, they have no money to pay staff. In a March survey of more than 6,000 child care providers by the National Association for the Education of Young Children, 49 percent said they had lost income as a result of families being unable to pay, and that number has likely risen since then. The result has been layoffs of child care providers around the country, many of whom were already struggling to make ends meet on an average wage of just $10.82 an hour.

What’s more, child care facilities already operate on a low margin, and even a brief closure could drive many out of business. In the NAEYC survey, 30 percent of providers said they would have to shut down permanently if forced to close for two weeks or more.

Some child care providers have kept their doors open to care for the children of essential workers. However, they also face serious challenges. Miren Algorri, who operates a day care in Chula Vista, California, told Vox last month that while her facility remained open, she was worried she would have to close because she was running low on disinfectant and other cleaning supplies. Meanwhile, child care workers around the country are more likely than other workers to lack paid sick leave and health insurance, making those still caring for children during this time especially vulnerable if they get sick themselves.

To remedy these problems, child care groups have called for a $50 billion investment in the system. The proposal by Warren and Smith would direct that money to states, territories, and tribal nations through expansion of the existing Child Care Development Block Grant program, with an eye toward three main goals:

Helping those still caring for the children of essential workers

“These providers are faced with the double whammy of increased costs (due to longer operating hours and the need for more intensive and frequent cleaning), and less revenue due to significantly reduced enrollment,” the senators write. Their plan would give workers hazard pay and increased paid leave, as well as eliminating all child care fees for essential workers like doctors, nurses, and grocery store workers, allowing them to get care at no cost during the pandemic.

Supporting providers who are closed

“Closures necessary to prevent the spread of the virus have left tens of thousands of child care providers without revenue to pay their workers or their basic operating expenses,” the senators note. Their plan would make up for the lack of parent fees during this time to keep closed child care providers afloat, allowing them to keep staff on payroll. The plan also allocates funding to train child care workers on new health and safety protocols, and it provides mental health support. The recent federal stimulus package also provides money to pay closed providers and to help essential workers with child care fees, but child care experts say it is far less than is needed.

Investing in the system for the future

The senators say their plan also includes enough money for states to go beyond the current crisis and make investments for the future, such as increasing child care worker pay and bolstering infrastructure. Such investment would help begin the process of strengthening America’s child care system, something Warren and other 2020 Democratic candidates began calling for long before the pandemic began. They note that even in the best of times, care is unaffordable for many families, while the workers who provide it remain underpaid. Warren introduced legislation last year aiming to establish universal, affordable child care throughout the country. The proposal with Smith is less sweeping but would allow states to make some of the investments that Warren and others have said are necessary.

Overall, the plan proposed by Warren and Smith is ambitious, but it’s in line with what experts have said is necessary to keep child care providers afloat now so that they can return to work when the crisis abates. “Child care will not be there for us when we’re all ready to go back to work if we don’t include them specifically, in a targeted, effective way, in the relief packages,” Kim Kruckel, executive director of the Child Care Law Center, told Vox earlier this month.

And the senators argue that without help for child care providers, true economic recovery will be impossible. “When the economy can start to safely get back on track,” they write, “millions of parents will not be able to return to work or reopen their own small businesses if they cannot find safe, affordable, and reliable care for their children.”

Four questions to ask before going back to the office

The best tips for managing remote workers in extraordinary times