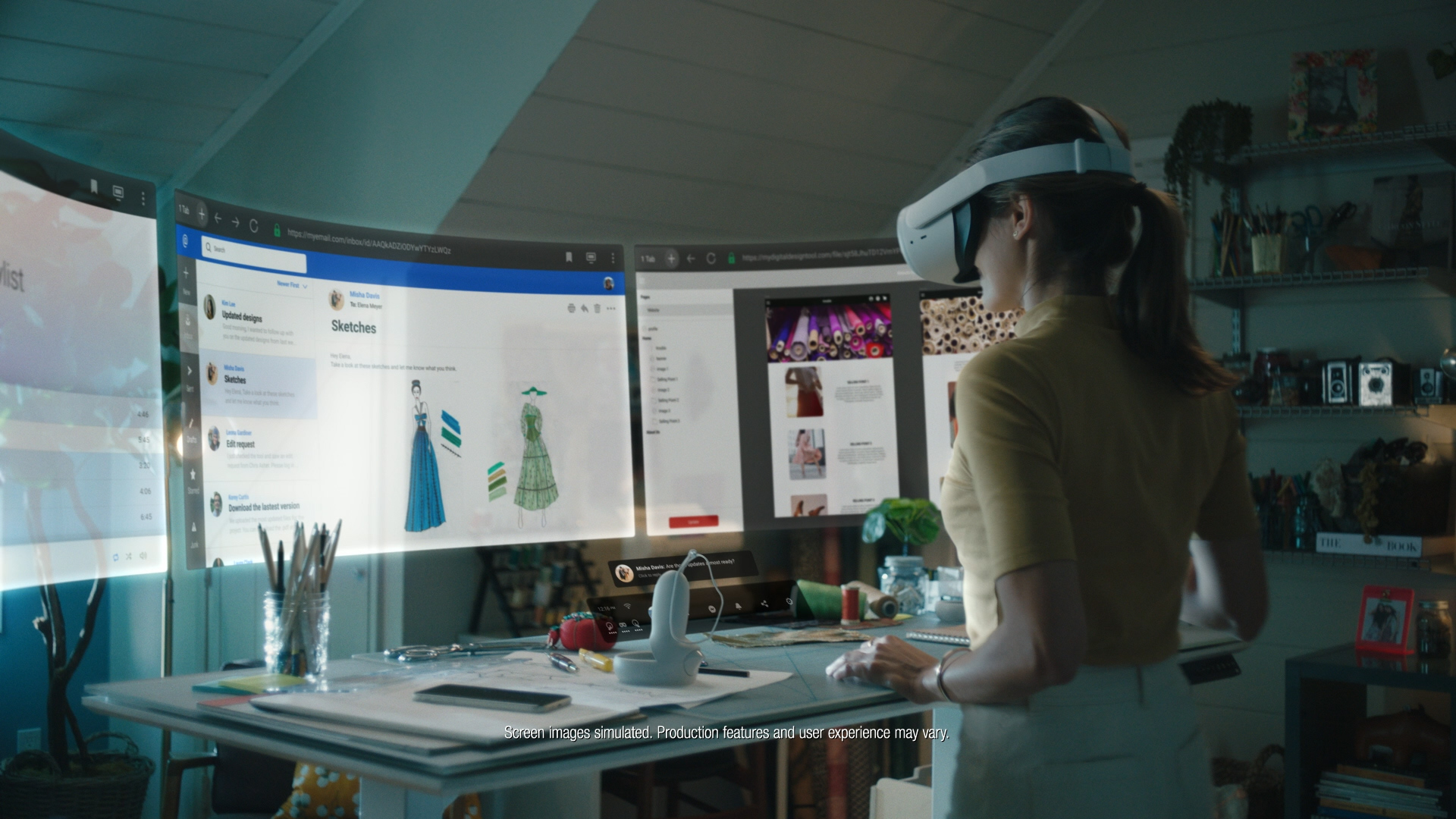 An estimated 40% of US workers are doing their jobs from home these days—and many are missing the customized desk setups, easy IT support, and water-cooler chats of the IRL office. Facebook is hoping virtual reality (VR) can offer a solution, by bringing the office to the employees.

On Sept. 16, Oculus, the VR company owned by Facebook, announced the launch of Infinite Office, software that works on its new Oculus Quest 2 headset as well as its existing Quest headset. The app allows users to do their work via customizable computer setups in VR. A Logitech keyboard pairs with the Oculus so that users can type in real life as their words appear in VR; more compatible devices are expected to be added later.

“Right now, especially as more people work remotely, it can be difficult to focus or find privacy, especially if you don’t have a dedicated office setup like you might at work,” says Maria Fernandez Guajardo, the director of Future of Work at Facebook Reality Labs. “Many of us might feel a bit burnt out too, sitting at the same desk all day, not up moving from conference room to desk and everywhere in between. Infinite Office can start to address these pain points.”

While prospective users might worry about bandwidth issues—who hasn’t suffered wifi outages and bad Zoom connections in the past six months?—Facebook says the Oculus Browser requires no more bandwidth than a computer. Its 3D content does require more, “but it’s still about equivalent to what you’d run with a regular [Oculus] app,” Fernandez Guajardo says.

Surprisingly, Infinite Office doesn’t offer the functionality that is most touted when it comes to VR, and that most people miss about the office: talking face to face. For now, Oculus has several third-party apps that people can use for meetings, such as Glue, Spatial, and MeetingRoom.

“We’re feeling lonely, and we know VR can do more to help—and we’re working on it,” Fernandez Guajardo says. “But in order to take full advantage of social presence, we need to give you the tools and capabilities to do things. So what you saw this week with Infinite Office is sort of the foundational layer, initial capabilities to help unlock productivity and utility from Quest.”

Infinite Office is free with Oculus Quest 2, which starts at $299 and starts shipping next month. The company anticipates that the earliest adopters will be those already using VR for gaming and other purposes, who would be more comfortable using it for work, too.

The hidden cost of being a founder

The lessons of Tony Hsieh’s quest for employee happiness

Reddit finally shares how many daily users it has