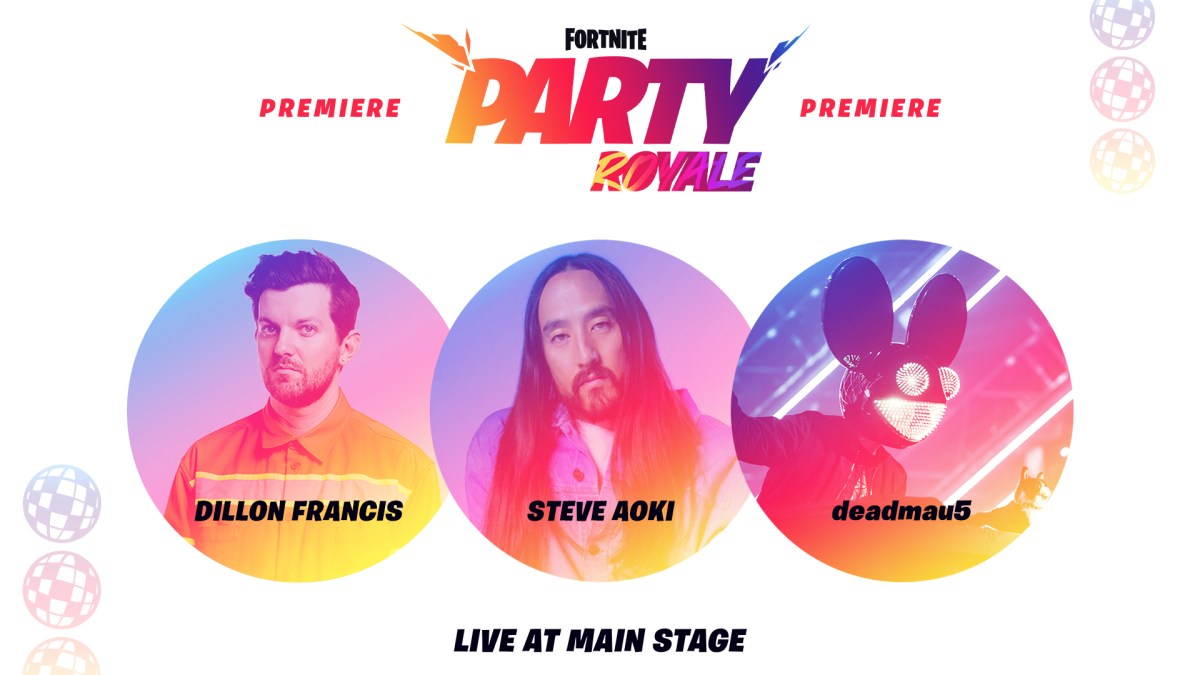 Fortnite is one of the biggest games in the world, but what does that mean? Well, developer Epic Games revealed that it has surpassed 350 million registered players. In April alone, those players spent 3.2 billion hours in the battle royale shooter. Those huge numbers also make Fortnite one of the largest social platforms on the planet, and Epic is once again emphasizing that with new in-game events.

Fortnite Party Royale is coming to the game at 6 p.m. Pacific (9 p.m. Eastern) on Friday, May 8. Party Royale is a virtual space where players can gather together without having to worry about racking up kills or Victory Royales. Instead, they can chill with each other while watching a number of musical acts.

Epic is working to turn Fortnite into something of a digital performance venue. It recently had more than 27 million players in game to watch a virtual Travis Scott performance. Moving forward, the studio wants to do more with this aspect of its game — especially as younger players continue to treat it as a shared social space. And this becomes even more important as folks continue to shelter-in-place and live under quarantine orders during the pandemic.

This Friday, the Party Royale kicks off with musicians Dillon Francis, Steve Aoki, and Deadmau5. The DJs will take the digital stage for back-to-back-to-back performances , and players are invited to boogie down. The Party Royale will also have other non-combat activities as well.

If you show up for the party from the start through Monday, Man 11 at 7 a.m. Pacific (10 a.m. Eastern), you’ll also unlock the free Neon Wings Back Bling. This cosmetic illuminates in reaction to music, so it should make the whole Party Royale feel like what I assume raves looked like in the 1990s.