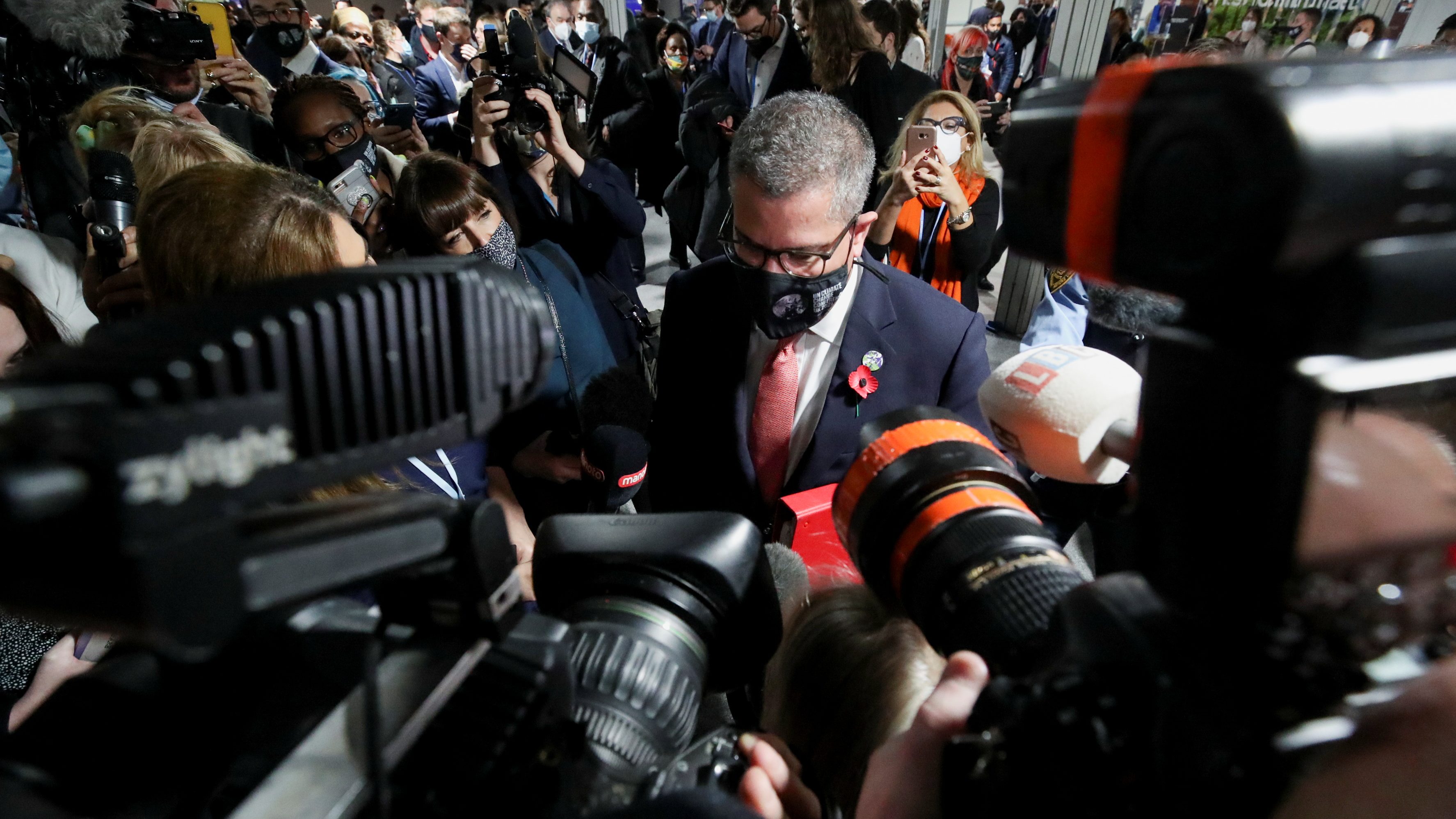 Two days before the end of the latest global climate summit, the first draft of the COP26 agreement, published Nov. 10, summarizes how governments plan to tackle climate change.

Of the document’s 84 lines, one stands out above the rest: The agreement “calls upon Parties to accelerate the phasing-out of coal and subsidies for fossil fuels.” That’s the first time those natural resources have ever been named in even a draft COP outcome in the 26 years these summits have been held.

What the COP26 draft says about fossil fuels

Although the line includes no timeline, and would not be legally binding, it still represents a potentially seismic shift in global climate diplomacy. For years, a principal complaint of activists has been that the formal UN climate process did not directly target fossil fuels, the source of the overwhelming majority of greenhouse gas emissions.

The Paris Agreement from 2015 doesn’t mention them, and does not oblige signatories to phase them out. At a minimum, activists and many economists argue, governments should stop spending taxpayer money to prop these industries up—funding that amounts to at least $472 billion annually, according to the International Monetary Fund (and up to $5.9 trillion if including “implicit” subsidies, like the social cost of climate impacts).

Still, that line will be hotly contested by Saudi Arabia, Russia, and other major fossil fuel producers. It could get axed at any moment, and will likely remain undecided until late Friday night.

What else is in the draft?

The same goes for other elements of the agreement that are seen as relatively high-ambition. One of those is a specific mention of the need to reduce global emissions 45% by 2030 and to net-zero by 2050. Another is a line that “urges” parties to “revisit and strengthen” their 2030 climate targets by 2023, rather than by 2025 as originally designated in the Paris Agreement. The draft also says that countries “resolve” to limit warming to 1.5 C above pre-industrial levels, a slightly stronger commitment than “aim,” which is the word used in the Paris Agreement.

In any case, even if they are included, none of these elements would be mandatory for signatories, which activist groups quickly seized upon as a fatal flaw. The agreement also doesn’t compel rich countries to provide more financing for climate adaptation or provide any clarity on how they will complete their long-overdue promise to provide at least $100 billion. And it’s vague on the issue of “loss and damage,” climate impacts that are too severe for adaptation measures.

“We’re going to leave with a half-baked process on loss and damage,” warned Yamide Dagnet, director of climate negotiations at the World Resources Institute.

Outside the text of the agreement itself, negotiators also remain more or less deadlocked on rules for a global carbon market, rules for disclosing progress on emissions reductions, and a few other lingering technical issues. Behind closed doors, many delegations remain entrenched in their pre-COP positions—moving, if at all, at a glacial pace toward compromise, Juan Monterrey, lead negotiator for Panama, said over a rushed dinner of fish and chips on the evening of Nov. 9.

The TheraFace PRO is on sale for the very first time