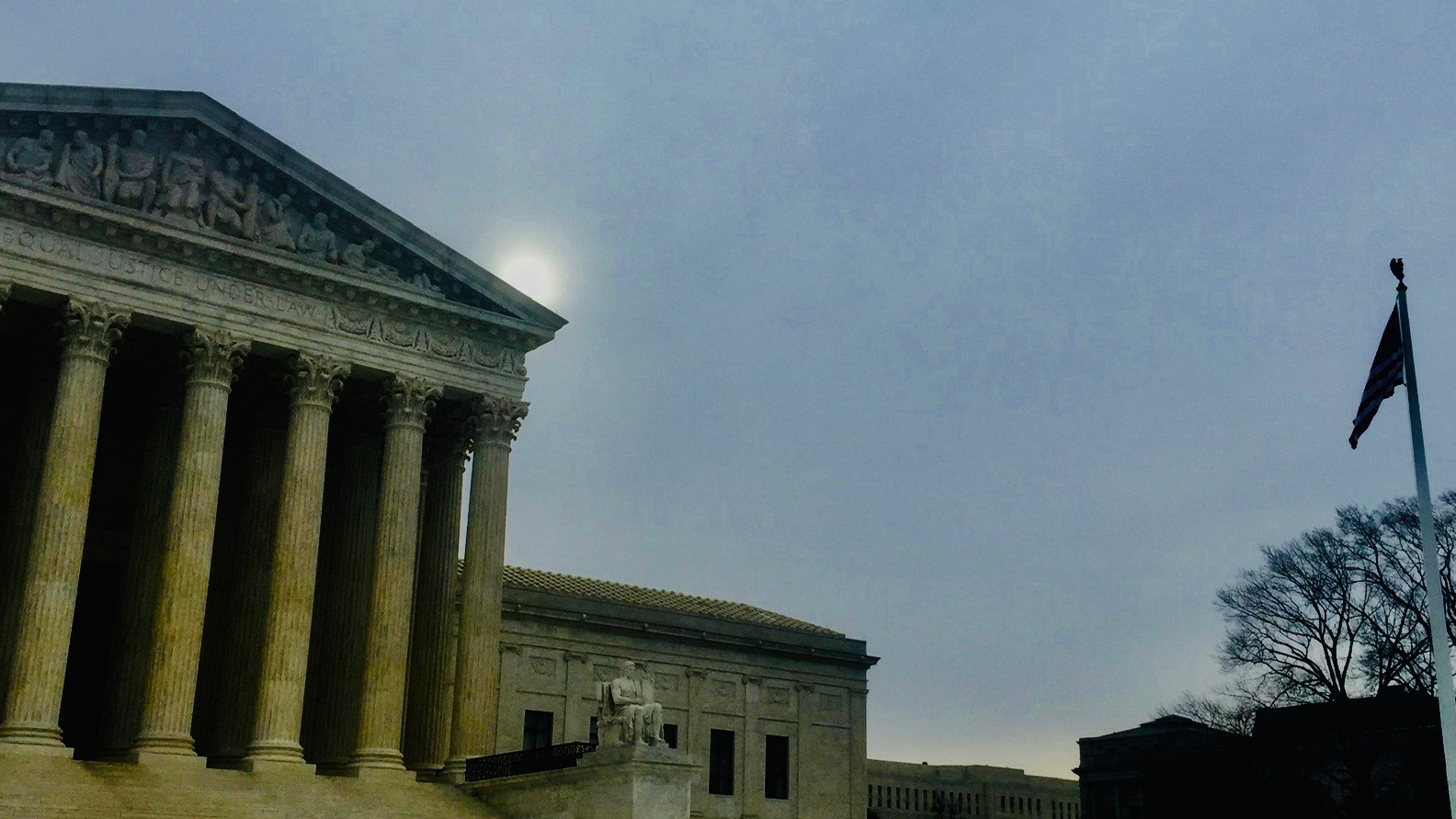 Brace yourself. This is a tale about a bold fraudster with creative legal arguments, a litigant with an unlimited capacity for audacity.

It is the story of Charles Liu, who not only swindled millions of dollars by selling backers on a nonexistent cancer treatment center, and obtained an investor visa with his crooked scheme, but is also urging the Supreme Court to find the Securities and Exchange Commission (SEC) can’t take his ill-gotten gains.

The justices heard oral arguments in Liu v. SEC on Tuesday. They must now decide if Liu’s counsel’s claim is correct. He contends that the SEC has no statutory authority to take, or “disgorge,” profits obtained through securities law violations in civil enforcement actions. It’s unjust!

“This authority is being used by the agency to punish…their justification for it is punitive,” protested Gregory Rapawy on behalf of the petitioner. Meanwhile, he complained, the money the agency takes from disgorgements goes into the treasury, which is also unfair because why should the national coffers be lined with swindled dollars the SEC wrongfully takes?

But a federal district court and the Ninth Circuit Court of Appeals have already disagreed with the technical theory that disgorgements aren’t “equitable relief.” When courts grant relief under equity, it’s generally to compensate for a loss or stop a harmful action rather than to punish a defendant, and disgorgements that compensate defrauded victims qualify, the lower courts found.

The justices at the hearing seemed disinclined to buy Liu’s counsel’s claims, too. After all, the SEC uses disgorgements to compensate victims of fraudulent schemes. The profits don’t always get deposited in the treasury. And Ruth Bader Ginsburg suggested it would be more wrong for a “fraudster” to hang on to illegally-obtained earnings.

“I believe you agreed with me that it’s an equitable principle that no one should profit from his or her own wrong,” she pressed Rapawy. “And I already suggested to you that [disgorgement] can be punishment in one context and it can be an equitable remedy in another context.”

With this, she dispensed of the lawyer’s reliance on Supreme Court precedent holding disgorgement punitive in a different case but specifically leaving the question here open.

Still, the attorney continued his uphill battle on behalf of Liu.

How hard is that?

The justices pushed back on Rapawy’s characterization of SEC disgorgements as a form of unauthorized punitive damages exceeding the agency’s authority. If the SEC takes from the fraudster to refund the defrauded, that’s not punishment. It is compensation and compensatory relief is “equitable,” they suggested, thus apparently legitimate in this context.

Chief justice John Roberts was especially skeptical of Rapawy’s claims that the SEC doesn’t use disgorgement funds properly because it can’t always locate victims. “Excuse me. How hard is that,” he asked. “Presumably, the investors would want money, and…if the SEC is engaged in a proceeding like this with respect to investments, I would assume that investors should be pretty easy to find if there’s money available.”

Nonetheless, the lawyer pressed on, offering a soliloquy that could only have been improved with accompaniment by the world’s smallest violin. As if his client wasn’t unsympathetic enough, Rapawy brought corporations who violated securities laws into the picture, singing a jeremiad for the giants. Rapawy replied to Roberts:

In theory, you know, could they find them? They apparently do find it difficult in many cases…but there are many cases in which it is currently applied under which none of this rationale would apply at all, including nine- and ten-figure recoveries against private companies that are basically just money taken from the investors and put to the treasury because they…want to use it as a deterrent and a punishment and to make an example out of the violators of the securities laws.

This song of wronged thieves apparently didn’t move anyone, though. Neil Gorsuch countered that courts already police the efforts of a defendant to find and compensate victims in class action suits. “Sometimes there’s some [money] left over and because people can’t be found, we’ve had cases about what to do with that money as well.” That shows there’s “at least a ready guide” for ensuring disgorgements are indeed used for proper compensatory purposes.

Liu’s lawyer hoped to convince the court that the SEC doesn’t have statutory authority for disgorgements because Congress didn’t specifically name this form of relief when discussing actions the agency may take. But the justices seem to think the level of specificity he requires from lawmakers is unnecessary here.

After all, lawmakers draft in a context. Elena Kagan pointed out that when Congress authorized SEC civil enforcement actions, allowing “equitable relief,” disgorgements were already happening in the backdrop. The concept wasn’t alien or foreign. On the contrary, it was part of long legal tradition.

Samuel Alito, likewise, brushed aside Rapawy’s protestations with a question that hinted at what he was thinking. “But how realistic do you think it is to assume that when Congress used this term ‘equitable relief,’ Congress meant to incorporate every curlicue of old equity jurisprudence?” In other words, the justices might just dot the i’s and cross the t’s themselves.

The court’s queries indicate that the SEC may well claim victory against Liu again and continue to pursue the profits of fraudsters (as well as any alleged business expenses deducted on money spent to advance a fraudulent scheme, as Stephen Breyer side noted). If not, and Liu wins despite the seeming resistance, he’ll get to keep $26 million he obtained by fraudulently claiming to be building an innovative cancer treatment center.

More importantly, if the high court finds SEC disgorgements are unauthorized here, it could makes the agency’s enforcement actions somewhat toothless. A decision is expected by late June.