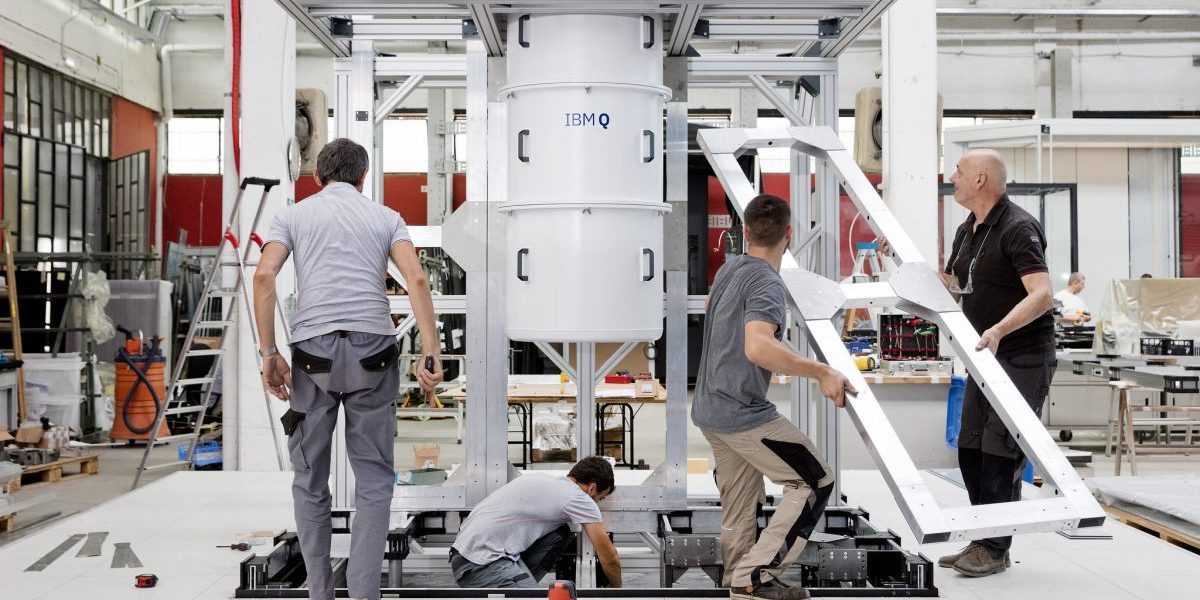 Quantum computing has hit the radar of technical leaders, because of the huge efficiency it offers at scale. It will take years to develop for most applications, however, even as it makes limited progress in the near term in highly specialized fields of materials science and cryptography.

Quantum methods are gaining more rapid attention, however, with special tools for AI, as seen in recent developments around natural language processing that could open up the “black box” of today’s neural networks.

Known as lambeq, the kit takes the form of a conventional Python repository that is hosted on GitHub. It follows the arrival at Cambridge Quantum of noted AI and NLP researchers and affords the chance for hands-on experience in QNLP.

The lambeq package, which takes its name from late semantics researcher Joachim Lambek, is said to convert sentences into quantum circuits, offering a new view into text mining, language translation, and bioinformatics corpora.

Using quantum principles, NLP can provide explainability not possible in “bag of words” neural approaches done on classical computers today, according to Bob Coecke, the chief scientist at Cambridge Quantum. QNLP, he said, layers a compositional structure on circuits. As represented on schema, these structures do not look too unlike parsed sentences on grade-school blackboards.

Presently popular methods of NLP “don’t have an ability to compose things together to find a meaning,” Coecke told VentureBeat. “What we want to bring in is compositionality in the classical sense — to use the same compositional structure. We want to bring reasoning back.”

Cambridge Quantum’s efforts to expand quantum infrastructure got significant backing earlier this year when Honeywell said it would merge its own quantum computing operations with Cambridge Quantum, to form an independent company to pursue cybersecurity, drug discovery, optimization, material science, and other applications, including AI.

Honeywell said it would invest between $270 million – $300 million in the new operation. Cambridge Quantum said it would remain independent, working with various quantum computing players, including IBM.

“We might be pleasantly surprised in terms of timelines, but we believe that NLP is right at the heart of AI more generally and therefore something that will really come to the fore as quantum computers scale,” he said. Khan cited cybersecurity and quantum chemistry as the most advanced application areas in Cambridge Quantum’s estimation.

What kind of timeline does Khan see ahead for quantum hardware?

“There is a very well-informed consensus not only about the hardware roadmap,” he replied, citing Honeywell and IBM among credible corporate players in this regard.

These “and the very well amplified statement by Google about having fault-tolerant computers by 2029 are just some of the reasons why we say that the timelines are generally well-understood,” Khan said.

The march of quantum

Alliances, modeling advances, mergers, and even — in the cases of IonQ and Rigetti — public offerings comprise most of the quantum computing industry advancements of late.  Often hybrid couplings of quantum and classical computing features are involved.

New developments in the quantum industry include:

Use case drill down

Indications are that, as researchers bounce between breakthroughs and setbacks, a variety of new quantum-inspired algorithms and software tools will appear. Enterprises need to pick targets carefully while treading some novel ground.

Gartner analyst Chirag Dekate emphasized that, where applicable, enterprises should begin to prepare for quantum computing. He spoke this week at Gartner IT Symposium/Xpo 2021 Americas.

He said companies should be sure not to outsource quantum innovation, but to instead use this opportunity to foster skills via small quantum working groups.

“Starting early is the surest form of success,” he said.

He said enterprise decision-makers must drill down on very specific use cases, as they prepare for quantum commercialization.

“Quantum computing is not a general-purpose technology — we cannot use quantum computing to address all the business problems that we currently experience,” Dekate told the assembled and virtual conference audiences.

Gartner’s Hype Cycle for Computing Infrastructure for 2021 has it that more than 10 years will elapse before quantum computing reaches the Plateau of Productivity. That’s the place where the analyst firm expects IT users to truly benefit from employing a given technology.

The assessment is the same as it was in 2020, as is quantum computing’s present post on the Peak of Inflated Expectations — Gartner’s designation for rising technologies that are considered overhyped.