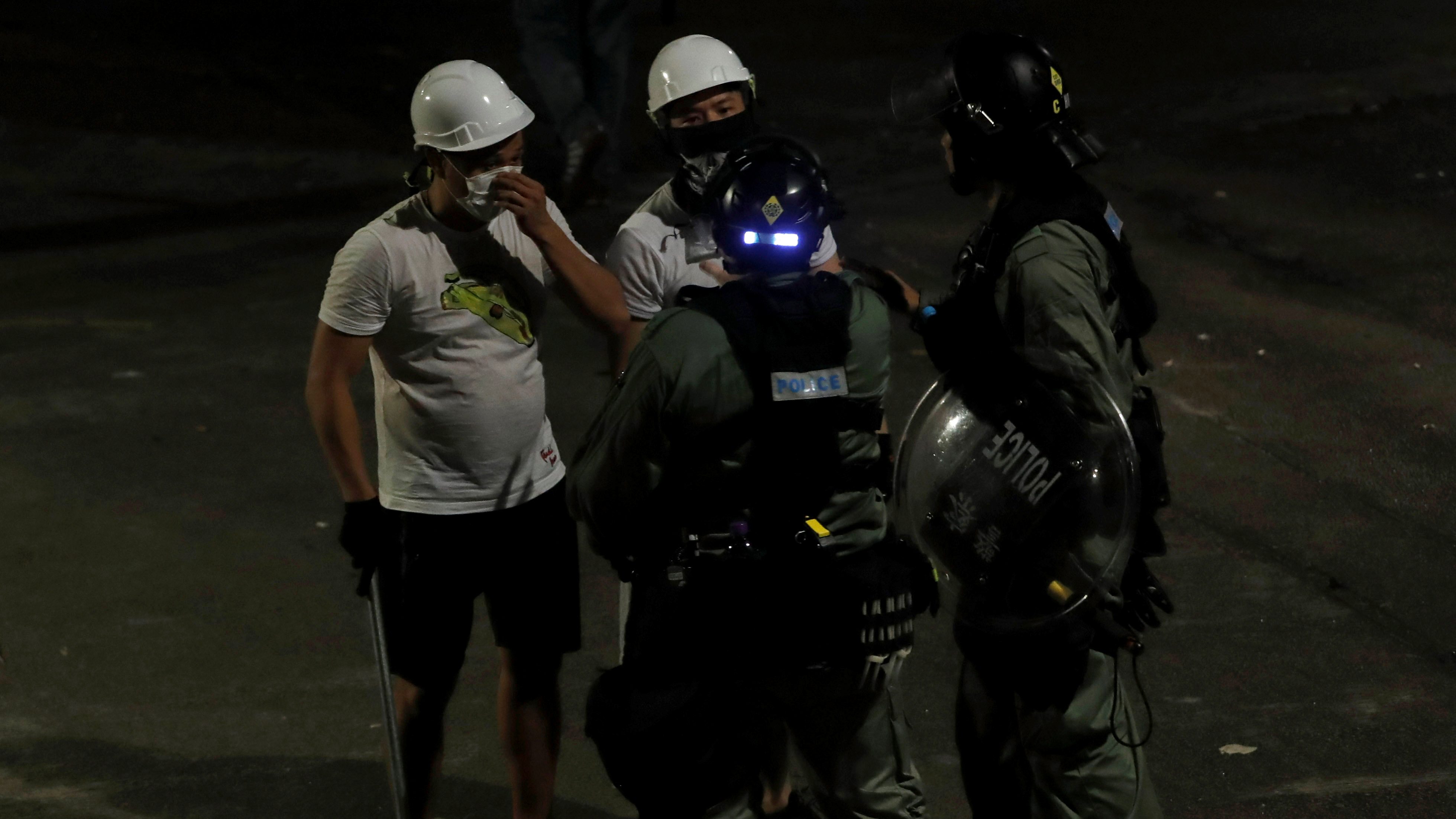 Hong Kong just delivered a masterclass on how authoritarian regimes distort facts and erase history in a bid to consolidate state control.

One of the darkest incidents of last year’s protests took place on July 21, when dozens of thugs armed with sticks and metal rods launched an indiscriminate attack on civilians at the suburban subway station of Yuen Long. Police failed to arrive in time to stop the violent assault, and officers were later seen chatting hands-on-shoulder with some of the suspected attackers, fueling widespread suspicions of collusion. More than any other incident of police misconduct during the protests, the Yuen Long attack caused the most damage to the public’s trust (pdf, p.80) in the police force.

The police are now aggressively pushing a vastly altered narrative that runs entirely counter to what video evidence depicts of the assault. In a press conference yesterday, a senior officer said the attack was not “indiscriminate,” but rather a “clash” between two groups. That is despite overwhelming evidence from live-streams and smartphone videos showing a large group of masked, white-clad men beating commuters and protesters inside subway carriages and on the station platform, as victims tried to repel the assailants with umbrellas. The police, however, now allege that the video evidence was “one-sided.” They also argue that a notorious photo apparently depicting a police officer patting a suspected assailant on the shoulder actually shows the officer “pushing” the suspect away.

The police made those comments shortly after they arrested pro-democracy politician Lam Cheuk-ting, who was among the dozens injured in the assault, and charged him with rioting in connection with the incident. A video shot at the time of his arrest shows an incredulous Lam exclaiming, “Me, taking part in a riot? The riot of July 21? Hong Kong is utterly absurd.” According to local news outlet HK01, police allege that Lam provoked his assailants by shouting at them. Prior to Lam’s arrest, police had detained 44 suspected assailants and charged eight of them with rioting. Lam will appear in court today.

Rewriting history and peddling absolute falsehoods against the full force of established facts is a well-worn tactic of authoritarians. The political philosopher Hannah Arendt observed that ”[i]f everybody always lies to you, the consequence is not that you believe the lies, but rather that nobody believes anything any longer.” Fomenting that kind of mass disbelieving is a classic state tactic of maintaining control, wrote the journalist Peter Pomerantsev in his book This is Not Propaganda, because when everyone is questioned and nothing is trusted, people look to a strong hand for guidance in the murk.

Though this is the first time the police have publicly tried to redefine the Yuen Long attack, they appear to be drawing heavily from an exhaustive report published in May by the Independent Police Complaints Council (IPCC), which in reality has limited investigative powers and no authority to subpoena evidence and summon witnesses. Billed as a “fact-finding” study into police conduct during the protests, the report described the Yuen Long incident as a “gang fight involving… both sides” (pdf). While critics of the report dismissed it as a whitewash, it appears the police are now using it to back up their distortionary claims.

The police did not respond to a request for comment.

The police are evidently trying to write “their own history of 2019 in a manner that is in line with their ideological position of portraying the protest crowds as irrational mobs” in order to “mask the role of [the] state in the construction of crowd violence and to legitimize reactionary forms of policing,” said Clifford Stott, a professor of social psychology at the UK’s Keele University. Stott resigned from his advisory role on the IPCC because he felt he was being “manipulated” by authorities.

Gwyneth Ho, a former journalist who was live-streaming the Yuen Long attack and who was assaulted while doing so, also pushed back against the police’s version of events.

“It is not possible for the authority to distort the facts of the [July 21] incident unless the government of Hong Kong shut down Facebook and YouTube in Hong Kong,” she wrote on Twitter. “As long as all the video clips of that day are still accessible to the public, their attempts will always be futile.” She added that she now fears arrest for her role in live-streaming the assault. Ho was recently among a dozen opposition candidates disqualified from running in legislative elections, now postponed in the name of pandemic concerns.