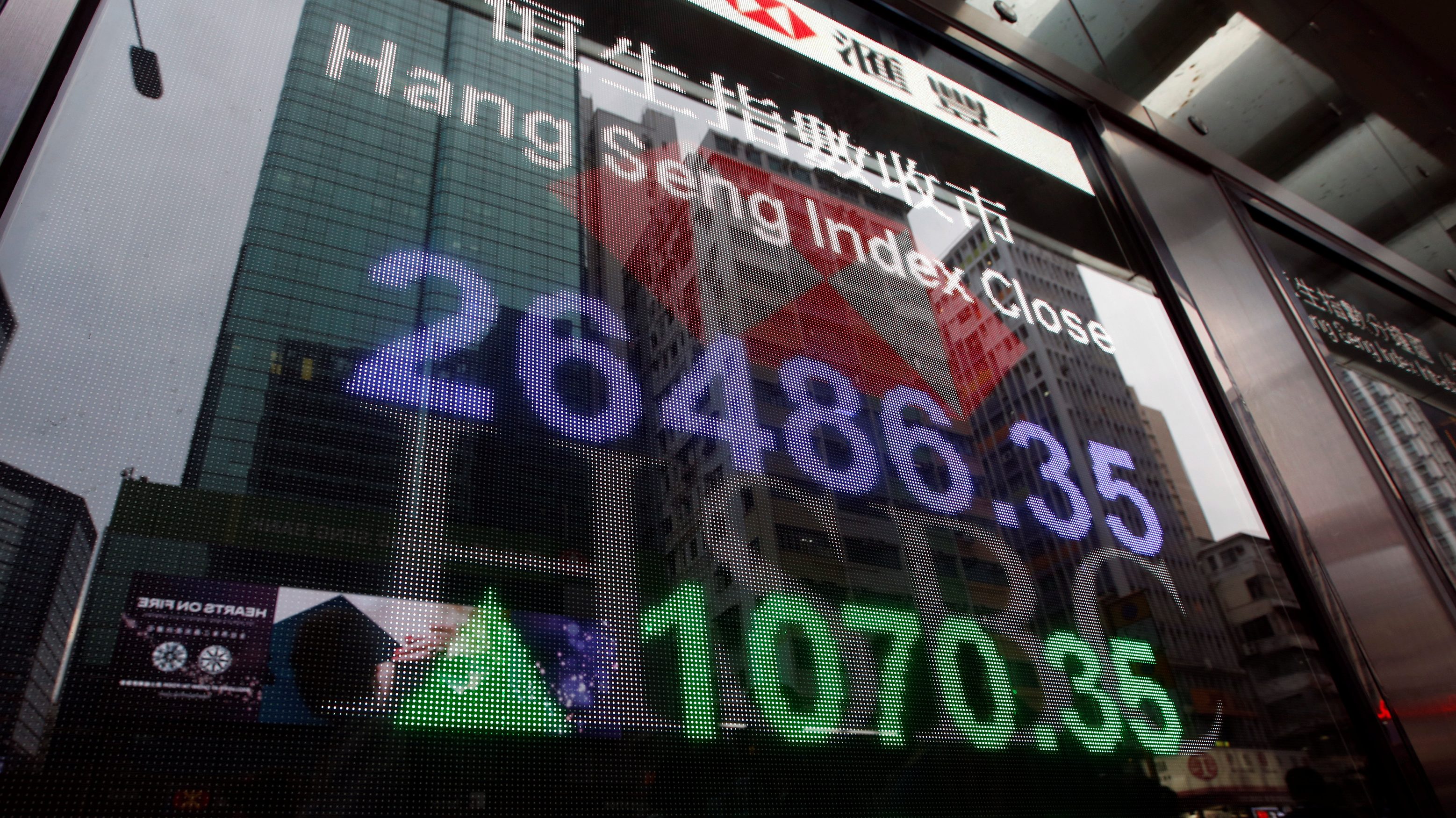 A quiet but momentous changing of the guard beckons on Hong Kong’s main equity benchmark index, the Hang Seng.

Launched in 1969, the Hang Seng index is the barometer of Hong Kong’s stock market, made up of the city’s largest and most liquid companies. Over the decades, it has charted the fortunes of Hong Kong, reflecting its ups and downs through prosperous and uncertain times alike. But in recent years, the index has become less a proxy of Hong Kong’s economic fortunes than those of China’s, as increasing numbers of mainland Chinese companies listed on the city’s stock exchange and were incorporated as constituents of the Hang Seng.

This week marks the last for Swire—one of Hong Kong’s colonial-era conglomerates whose business empire has left indelible imprints on the city—as a constituent of the index of which it was a founding member. Swire, which opened its Hong Kong headquarters in 1870 and cemented its preeminent status in the city throughout the 20th century, continues to be a major landlord of shopping malls and office blocks, and the biggest shareholder in the city’s embattled flagship airline Cathay Pacific. But as of Monday (Dec. 7), it will be booted off, to be replaced by an upstart Chinese food delivery app, Meituan, a dominant force in China’s fiercely competitive food delivery market.

Also joining the index will be Budweiser Apac, which is eyeing China’s massive beer market; and Chinese sports equipment firm Anta Sports. That will bring the number of constituents in the Hang Seng to 52, up from 50. And with Meituan included in the Hang Seng with a 5% weighting, the index will now feature (pdf) several of China’s biggest tech giants: Alibaba, weighted 5%, which was added this year thanks to its secondary listing there; and Tencent, the index’s biggest heavyweight at 10%. Chinese phone maker Xiaomi is also on the index, having joined in September.

Not all of China’s tech giants are represented in Hong Kong yet, the way the US FAANGs—Facebook, Amazon, Apple, Netflix, and Google—are represented on the Nasdaq. Some of the biggest tech giants, like TikTok parent ByteDance, are still private. But as Hong Kong becomes an increasingly Chinese financial hub, more Chinese firms will likely eye the city for their IPOs.

Swire’s departure from the Hang Seng is not surprising. Its shares have lost 50% of their value since the beginning of last year’s mass protests in June, battered by the volatile political situation that saw Cathay become a focus of Beijing’s ire after staff expressed support for strikes and other protest action. The ongoing coronavirus pandemic has piled on more pain. Its relative importance in the index has dropped steadily, too—a harbinger of its waning days. It now weights a mere 0.2% on the index, compared with nearly 1% two decades ago.

“This pandemic is a kind of trigger point,” said Flora Huang, a professor of law and business at the University of Derby and the author of a book about Chinese companies on the Hong Kong stock market. “Swire had already sold a lot of property in Hong Kong. It already foresaw its future in Hong Kong.” Swire’s ejection from the index, she added, represents a kind of “decolonization of the market” and the removal of  a “colonial legacy”—something the Chinese government is more than happy to embrace.

Still, Swire dropping out of the Hang Seng, while deeply symbolic, is unlikely to ultimately affect major investors all that much.

Institutional investors typically look to indices representing a cross-section of the global economy, like those from MSCI, the world’s largest index provider, or the London Stock Exchange’s FTSE, as a measure of their performance, and “pay no or very little attention” to the Hang Seng, said Jake van der Kamp, author of The Rise and Fall of the Hang Seng Index. “This has got significance for public relations, not really in terms of investment.”