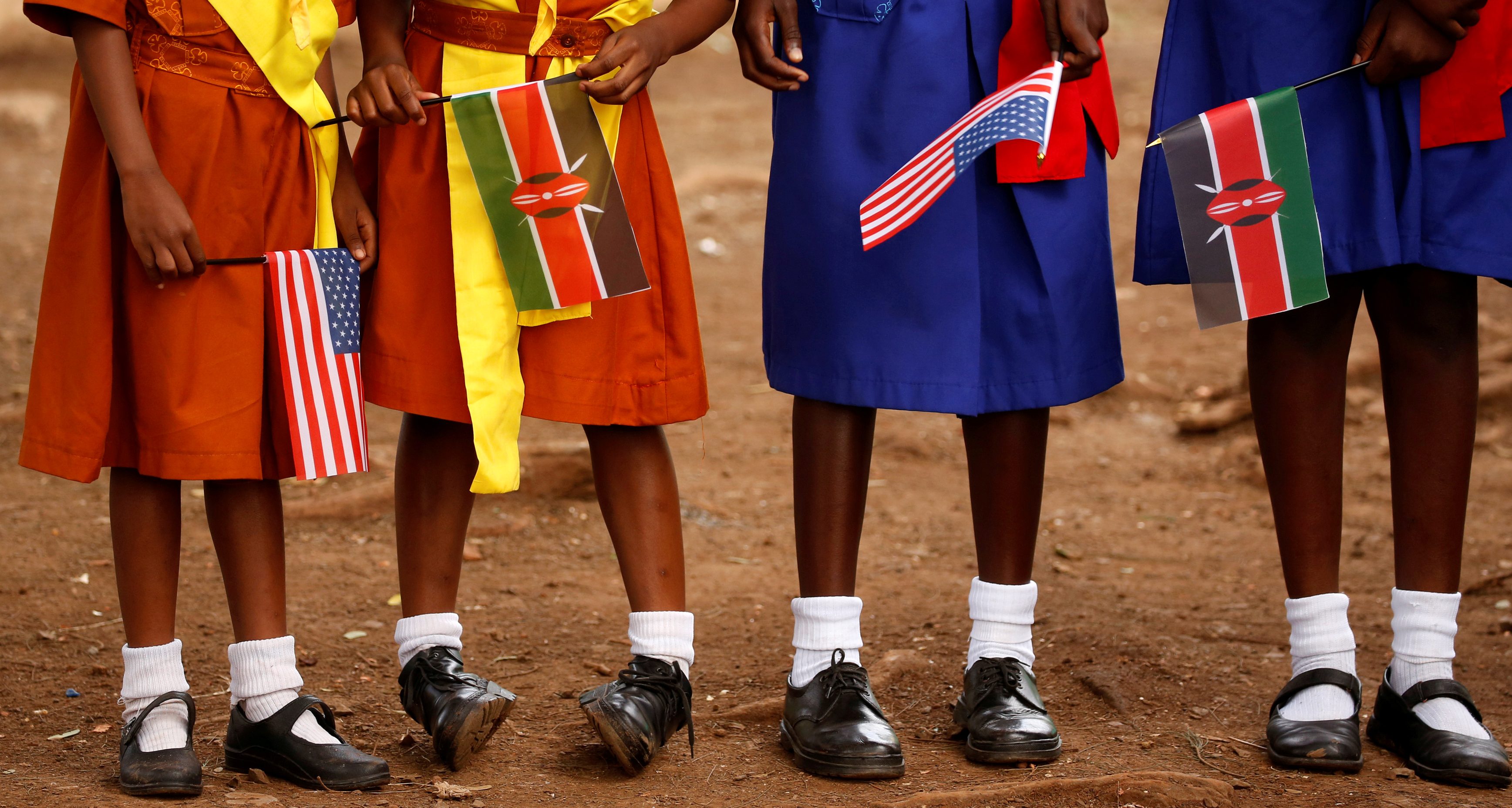 Gregory Meeks, the new chairman of the United States House Foreign Affairs Committee, has promised that the Biden administration will seek to reverse US president Donald Trump’s “insulting” approach towards Africa.

Speaking at his first public event in his new role, a Feb. 1 panel discussion with African activists hosted by the US Center for Strategic and International Studies (CSIS), Meeks discussed how the administration hopes to engage with Africa going forward.

“We have an opportunity to redefine America’s foreign policy, and to do so in a way that makes it clear that America is back at the table. This is especially true in Africa,” Meeks said.  Under the former administration, Africa was viewed “only through the prism of competition with China and Russia. [This] focus on great-power competition reduced Africa to a pawn in a great game. And frankly, this approach was insulting because it assumed that Africans lacked any agency for how they affected and were affected by foreign affairs.”

The Biden administration has already moved to undo some of Trump’s Africa policies, starting with overturning the so-called “Muslim ban,” an anti-immigration policy which affected Somalia, Nigeria, Sudan, Eritrea, Egypt, Libya and Tanzania. It has also reversed Trump’s imposition of the global gag rule, which limited aid to organizations that provide abortion support.

Trump’s diplomatic efforts across the continent were inconsistent and understaffed. Yet despite long-standing relations, prior dealings with the continent were hardly any better. Meeks has promised an all-encompassing, collaborative partnership with Africa.

“My goal is to reset the United States relationship with Africa by focusing on shared challenges, expanding people-to-people relationships and exchanges, building partnerships to increase youth participation in the digital workforce, and championing a more robust presence across the continent,” he said.

Judd Devemont, the head of Africa Program at CSIS, says Biden has built a dynamic team to deliver on these promises in addition to Meeks, the first Black legislator to lead the powerful foreign affairs committee. California Democrat Karen Bass, a long-time advocate for resetting US-Africa relations, was recently named chair of the Africa subcommittee. And newly-appointed UN ambassador Linda Thomas-Greenfield, who previously served as US assistant secretary of state to Africa under former president Barack Obama, is a known Africa ally.

“[Biden] has committed partners in the Senate and the House, including Chairman Meeks and Representative Karen Bass,” Devemont told Quartz Africa. “While he will have limited resources to devote to Africa, and will face constraints on his time, all indications suggest he is setting course for a more productive policy toward the region.”

The US’s internal struggles were laid bare in 2020, with the coronavirus pandemic, police brutality, and inequality tainting its democratic standing. Rather than taking an arrogant approach, Meeks said the US will intervene with humility as “it is also clear that we do not have all of the answers.”

Democracy globally is suffering from a decline, exacerbated by the pandemic. Currently, 8.4% of the world’s population live in full democracy while more than a third live under authoritarian rule, according to a report from The Economist Intelligence Unit. The US, once acclaimed as the standard bearer for democratic norms, is described as a “flawed democracy” in the report.

Meanwhile, the aftermath of the US election, from Trump’s questioning of the results, to the insurrection at the US Capitol, have undermined the US’s ability to provide an authoritative check on political crises. With a spate of elections taking place in Africa in 2021, expectations are high for the Biden administration to be an active arbiter on the continent.

On the call, Tsedale Lemma, an Ethiopian journalist, pressed Meeks for US action on a recent spate of violence in the country. A civil war in the northern Tigray region has reportedly claimed the lives of hundreds of civilians, displaced approximately 2.2 million people, and spurred several allegations of widespread human rights abuses. The conflict is worsening, risking further unrest in other parts of the Horn like Eritrea, Sudan and Somalia.

Meeks believes Biden’s strategic appointment of Thomas-Greenfield as the US ambassador at the UN and Congresswoman Bass’ actions will allow the US to proactively monitor and surface these issues. “Not only are we watching, we’re going to be organizing in a multilateral way to make sure that this kind of crisis of humanitarian significance stops,” Meeks said.

However questioning about the chaotic Ugandan presidential election, which saw president Yoweri Museveni reelected for a sixth term on the back of allegations of human rights abuse, voter fraud, repression of democracy, and an internet and media blackout, attracted no firm response from the congressman.

“US officials can’t turn a blind eye to what’s happening in Uganda and must redouble their efforts to support civil society in face of crackdowns and flawed elections,” Devemont said, reiterating how realistic and humble the US-Africa policy needs to be in the face of democratic challenges in the US and Africa.

‘That would signal a break with the past, and set the stage for a more constructive policy.”