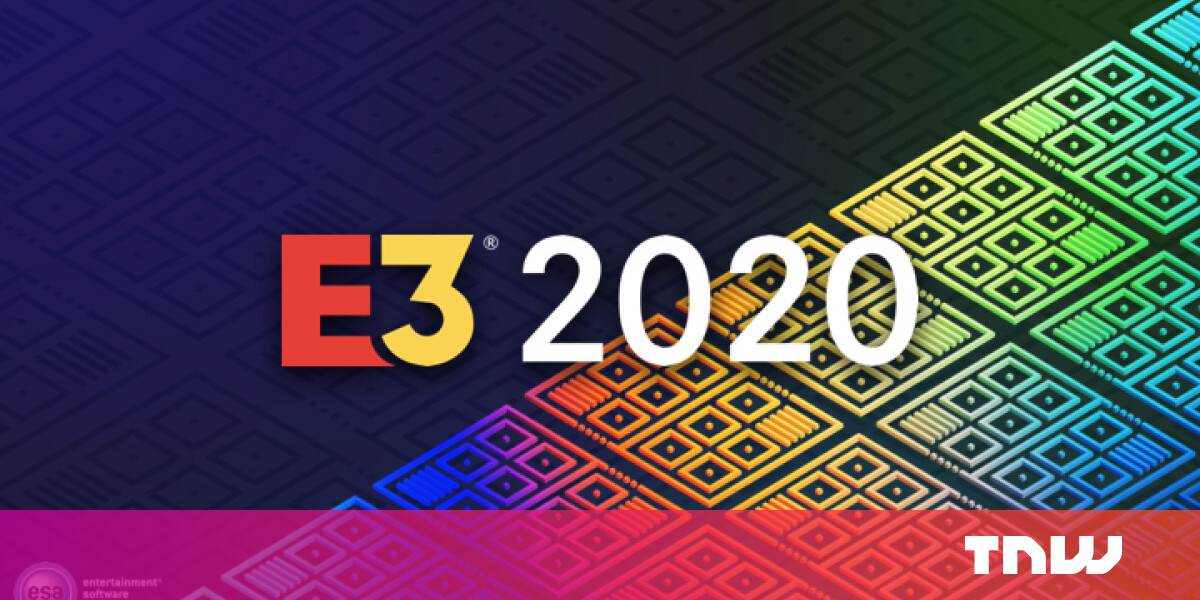 If the world hadn’t gone completely off the rails in the last few months, E3 would be taking place roughly this week. As the world has adapted to the necessity of social distancing, many of the companies who would have been showing at the trade event are instead moving their events online. Here’s a run down of the shows that are replacing E3.

The Entertainment Software Association (ESA), the company behind E3, revealed shortly after the cancellation of the physical event that it wouldn’t be replacing the show with an online-only one. That said, just about every company has stepped up in starting their own digital events to replace the E3 stage shows — which dovetails with the ESA’s statement that it’ll “be working with exhibitors to promote and showcase individual company announcements.”

It’s the first time in the event’s history it’s ever been cancelled. There have been some whispers that companies will consider completely replacing their splashy E3 events with digital shows even after the coronavirus blows over, though I’m going to assume they’ll be reluctant to give up the hype that a surprise appearance of Keanu Reeves will stir.

So here are all of the events that will show off new games (and possibly new consoles) this year. Note: many of these shows do not currently have times, and there’s a chance one or more of them could be delayed in the future. We’ll update this article as often as new information comes out.

The PS5 reveal was originally set to run last week, but was rescheduled for June 11. After getting very little information from Sony on its next-gen console for months (at least compared with Microsoft), we’ll finally get the big reveal that shows what the new console will look like. The show is supposed to focus on the games that’ll be exclusive to the PS5 — as unlike the Xbox Series X, Sony actually intends to make some games only playable on its new hardware. Like I said in the initial announcement of this reveal, I expect to see a few surprises, including potential sequels to Spider-Man, God of War, or Horizon Zero Dawn — and I would also appreciate an actual look at the console’s shape. You can see the PS5 reveal on the YouTube and Twitch channels on June 11 at 1pm PDT.

The PC Gaming show is know to be a bit of a whopper, offering a showcase for several games to be released on PC — that being about all the reveals usually have in common. This year, we’ll be seeing games from SEGA, Amazon Games, and 2K Games, among others. The games we’ll supposedly be seeing include Surgeon Simulator 2, Mafia: Definitive Edition, and Amazon’s upcoming MMO New World, though part of me is hoping Amazon will reveal a taste of those Lord of the Rings games it’s supposed to be working on. The show will reportedly start at 11 am PDT on June 13 and will run on the PC Gamer Twitch and YouTube channels.

This big indie showcase, which was originally set to run the weekend of June 6, is now running on June 13-15 (it was delayed out of respect for the Black Lives Matter protests). It’s announced that it’ll show off games from the likes of Larian Studios, Coffee Stain, Humble Bundle, and Paradox Interactive. We’ll probably hear details about Baldur’s Gate 3 and possibly Paradox’s Crusader Kings 3. This will be run in tandem with Future Games Show and the PC Gaming Show. You can watch the showcase on Twitch, where it’ll begin at 10 am PDT.

We can’t wait to have @nolan_north and @EmilyroseLA present our Future Games Show! Remember to bring some 🍿 https://t.co/BifCsFLIQT

The Future Games Show — so named because it’s hosted by Future subsidiary GamesRadar, though it’s a nice bit of wordplay — will be hosted by Nolan North and Emily Rose, the stars of Uncharted. The show was delayed from June 6 to June 13, and will run on Twitch and YouTube at 2pm PDT. Supposedly we’ll be seeing reveals from the likes of Square Enix, Devolver Digital, Deep Silver, and Team 17. No specific games have thus far been revealed, but I’m kind of hoping to see Dying Light 2 or Serious Sam 3.

This show was originally set to run on June 13, but was delayed out of respect for the global protests. As the company is planning to release several games this fiscal year and hasn’t revealed many of them, I expect this to be chock-full of some new reveals and sport games. So far, we know EA’s got a new Madden game waiting to be revealed, as it delayed a stream in order to avoid taking attention from the protests. Other games include FIFA 21 and NHL 21, and a few VR titles. The Play event will be run on June 18 at 4pm PDT on EA’s website.

There are two games getting dedicated game reveals ahead of a September release this summer. One of them is Marvel’s Avengers, Square Enix’s big superhero splash. We’ve already seen quite a lot of footage of the Avengers game, but given how different games can become over development, I wouldn’t be surprised if its received a few tweaks in the meantime. The game was originally due to be released last month, but was delayed. Supposedly we’ll be seeing co-op gameplay as well as new story details. We don’t know yet exactly what time the show will run, but it’s set for June 24.

While not really a replacement for any particular E3 show, CD Projekt Red are (finally) revealing more about the upcoming Cyberpunk 2077. The event, which will likely feature footage and reveals that would have been reserved for a console company’s E3 show, was originally supposed to run around the middle of the month, but was delayed out of respect for the Black Lives Matter protests. This would be the most we’ve seen of this rather ephemeral game in almost a year — and it’s about darned time, considering the game was originally supposed to be released by now before being delayed to September. The reveal is set to run on June 25.

Ubisoft began holding its own E3 stage show a couple of years ago, presumably when the number of games it had in its upcoming queue became too much to distribute evenly among the other shows. This year, we know the lineup is likely to include Assassin’s Creed Valhalla, Watch Dogs Legion, Gods & Monsters, and Rainbow Six Quarantine (no, that’s not COVID-related, the game was announced a while before this all started). There are supposed to be five games from the studio coming out this fiscal year, meaning the last candidate is either a new Far Cry game (likely, since it’s supposed to be from a major franchise) or the oft-delayed Skull & Bones. Ubisoft’s conference, called “Ubisoft Forward,” will be held on July 12 at 12PM PDT.

Microsoft has spread its shows out over the course of several months, with the first being the rather lackluster Inside Xbox “gameplay” reveal in May. The company has not yet revealed when exactly the next show in the event is, but the announcement on Xbox Wire said it’d be revealing details about the Xbox Series X and its games “every month” and would focus on the games from Xbox Games Studios in July. Hopefully this will include games that’ll be coming to the XSX, and what they’ll look like, as we’ve so far seen little — more than the PS5, it’s true, but still not much. In any case, you can watch all of its events on the Xbox Mixer channel.

We can pretty easily guess that the Big N will be giving a June showing. Unlike the other companies, Nintendo has been doing digital-only Directs for E3 in lieu of live stage shows for some time. So while we don’t have a time or date for their June Direct at the moment, we can be pretty certain it’ll have one. As for what it’ll be showing, we can’t be certain: while I’m desperately hoping for Bayonetta 3 or Metroid Prime 4, we’re more likely to see those rumored Mario remasters or the sequel to Breath of the Wild. Rumor has it the company might have to delay it due to complications from the coronavirus quarantine on the company’s Japanese workforce, but we’ll wait and see if that’s true.

And that’s it! With everything going on right now, we understand that video games aren’t foremost on everyone’s minds, but if anyone needs a harmless distraction, many game companies are prepared to deliver. Enjoy!

Read our daily coverage on how the tech industry is responding to the coronavirus and subscribe to our weekly newsletter Coronavirus in Context.

For tips and tricks on working remotely, check out our Growth Quarters articles here or follow us on Twitter.