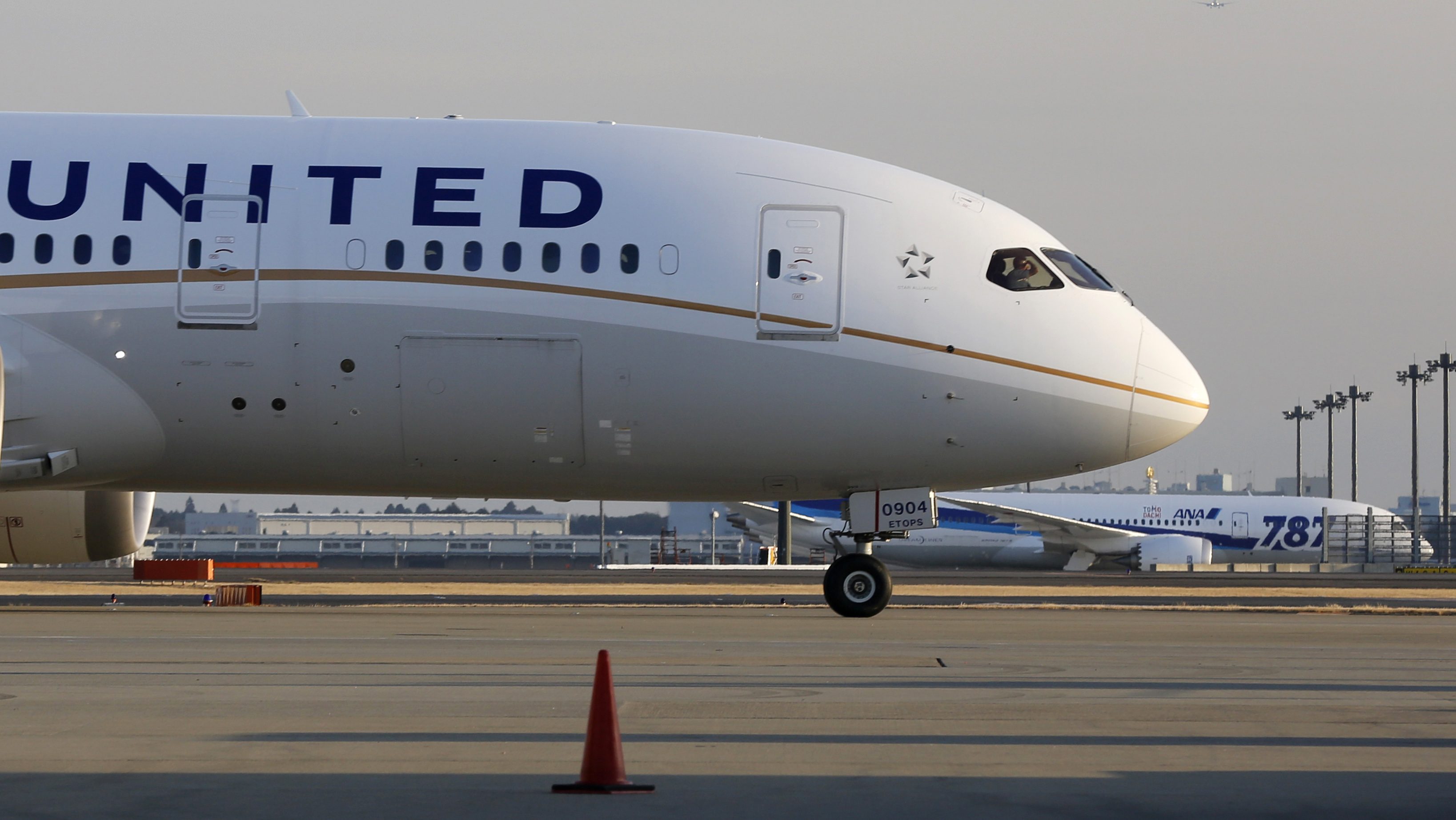 Until last year, Stuart was a man with ties to many countries—an exemplar of this multinational age of business. He was a Briton who’d lived since 1996 in Japan, working as a flight attendant on international flights. His employer through all those years, United Airlines, was American.

Stuart worked under a US contract, which meant that he was represented by a US union, the Association of Flight Attendants (AFA). He paid US income taxes and contributed to social security. After the Covid-19 pandemic hit, he even continued getting his salary under the US government’s payroll support program, which disbursed $40 billion to US airlines on the condition that they didn’t lay off employees until Sep. 30, 2020.

But as soon as that deadline lapsed, Stuart lost his job; so did 535 other flight attendants who were not US citizens but were on US contracts in United’s international bases in Tokyo, Frankfurt, and Hong Kong. They didn’t get any offers to relocate or to be furloughed, as they had during past crises. But their American colleagues, on the same contracts in the same bases, didn’t suffer the same fate. Of Stuart’s 430 or so colleagues in Tokyo, he says, around 60 were US citizens, and United offered to accommodate them in its bases back home.

Employees allege United discriminated based on their nationality

Dozens of these separated flight attendants, including Stuart, who asked to be referred to by his first name, have lodged complaints with the Equal Employment Opportunity Commission (EEOC), a federal agency. They claim they’ve been subjected to discrimination on the grounds of their nationality. Her dismissal, one flight attendant wrote in her EEOC complaint, was “in violation of Title VII of the Civil Rights Act of 1964,” which addresses employment discrimination on the grounds of “race, color, religion, sex, or national origin.”

American companies doing business overseas are subject to the Act, but it only protects employees who are US citizens; to protect non-citizens, lawmakers worried, might violate another country’s sovereignty. But in an age when workforces routinely span the globe, this asymmetry only makes for a lopsided regulatory framework when it comes to American multinationals and their employees. The conflict between these 536 flight attendants and United embodies how, by some laws, foreign employees overseas are treated no differently than their US citizen colleagues, and how they’re disqualified from protection under others.

One key question arises from this conflict: Should employees who aren’t US citizens but are working overseas on US contracts and even paying US taxes be entitled to the same protections as their American counterparts? At a time of mounting concerns over workplace inequality, Title VII’s pointed exclusion of non-Americans from its overseas ambit is at odds both with the law’s spirit and with the realities of the modern, globalized workforce.

An EEOC spokesperson told Quartz the agency could not comment on the ongoing process. In response to a questionnaire from Quartz, a United spokesperson said: “We do not have anything to share on this topic.”

Separately, many of Stuart’s colleagues in Tokyo have sued United in a Japanese court, claiming unfair dismissals; others filed a lawsuit in Germany. But by the time these suits were under way, Stuart had had to leave Tokyo, his home of a quarter-century. He vacated his apartment, and since United didn’t offer to pay for his move, he sold his furniture and his electrical appliances. Then he flew to the UK—on his own dime—and tried to figure out what had just happened to his career.

The promises of a US contract

Stuart began working for United in London in 1991, and moved to Tokyo five years later. His new base was one of several that United opened in the 1990s. “Initially, I did some flying within Asia,” he said. “But mostly, we only flew to the US. These were flights that started in Tokyo, went to say Chicago or Seattle, and then returned.”

When crew members like Stuart were hired for these bases, United didn’t demand that they possess a US passport or a US green card. Further, their contracts specified that if they were ever furloughed and their bases were then closed, they’d be transferred to another available base or back to where they started with United.

Airlines closed their bases during the pandemic

Last June, Stuart and his colleagues learned about the closures of the Tokyo, Frankfurt, and Hong Kong bases from an internal newsletter emailed out to the staff. In it, John Slater, a senior vice-president at United, wrote that, in the pandemic environment, “we simply are not able to sustain an Inflight Base at these locations.” The newsletter went out late on a Friday, US time. “I woke up on a Saturday morning, and I had all these text messages saying: ‘What are you going to do?’ or ‘I’m so sorry,’” Stuart said. “What was this about, I wondered. Then I checked my email.”

United dealt with the employees of these bases in two distinct ways. US citizens were offered furloughs and transfers to American bases. Non-citizens weren’t offered transfers; they also weren’t offered furloughs, one Frankfurt-based flight attendant said to Quartz. (She asked to remain anonymous.) “In the past, we were offered the same furloughs as American employees,” she said. For instance, when the airline industry suffered after 9/11, she recalled, “I took a nine-month furlough and even got a very nice Thank You letter for it when I rejoined. This time, there wasn’t even the option. It feels like discrimination based on our nationality.”

Kenneth Diaz, the president of the AFA’s United chapter, told Quartz in an email: “Management callously communicated they would terminate anyone without the ability to work in the U.S., and only gave the option of retirement or voluntary resignation.”

Instead of being furloughed, the 536 attendants were “separated,” according to the language in United’s communications with them. It was a way to avoid the obligations of the furlough clauses in the contract, the Frankfurt-based flight attendant alleged. Diaz said that “the contract and the parties’ past practice on the closing of international domiciles prohibited United management from terminating any Flight Attendant due to their status as a foreign national.”

Unlike their American counterparts, the 536 flight attendants didn’t automatically have a right to work in the US. But many with British or European passports could still have lived and worked in London, the Frankfurt-based flight attendant pointed out. “In fact, anyone from these bases could have worked in London for at least three years under an airline employment visa,” she said.

How the pandemic triggered an international labor dispute

After the base closures were announced, the AFA represented the 536 employees in an arbitration process with United. Late in September, the arbitrator ruled in a 26-page decision that United wasn’t obliged to “create sufficient vacancies” for these flight attendants in its remaining bases. But it also left open “the question of what rights and benefits these affected Flight Attendants have.”

The AFA wrote to the 536 ex-employees that it was “deeply disappointed” by the arbitrator’s decision: “We understand the myriad of feelings with which you are faced—abandonment, frustration, anger.”

Diaz said the union continued to push for some concessions. As a part of an agreement signed between the AFA and the airline, United promised that the terminated flight attendants would have “a preferential right of reemployment” if it opened any new bases or expanded its London base between October 2020 and March 2023. This was still akin to being short-changed, several of the ex-flight attendants told Quartz. If they’d been furloughed like their American colleagues, they said, they’d have been contractually entitled to a preferential right of reemployment for six years instead of two-and-a-half.

The former employees said they were also entitled to a lifetime’s worth of free travel passes for themselves and their families—a benefit that accrues from long careers at United and other airlines. But United allowed them to retain their travel passes for only six months. In return, the AFA agreed not to challenge these terminations or support claims made by these 536 employees any more. To those who had lost their jobs, it felt like an abject concession by the union.

Diaz said he disagreed with United’s decisions. “These workers were the only example in the industry of work defined as equal no matter where you come from in the world,” he said. “It is a shame the company treated these invaluable contributions with such disdain and the people as disposable.”

One of the concessions that the AFA wrung from United was an agreement to keep paying these 536 flight attendants a monthly minimum guarantee as long as it kept receiving federal aid. At present, the aid runs until Sep. 30, 2021. But United has used this as leverage, several former flight attendants said. In January 2021, after the government renewed its support for payrolls, United tried to deploy it “as a means of blackmail to, somehow, force our recognition” of the termination, several ex-flight attendants complained in a letter to the airline.

In a letter Stuart received on Jan. 5, 2021, United told him that if he wanted to continue receiving federal aid benefits, “please accept this letter as official notice that you will be separated from United effective April 1, 2021, in accordance with the extension of the [payroll support program].” Even if he didn’t sign and send the letter back, United wrote, that would constitute a choice to be “permanently separated from employment with United.” (In the next line, the United executive signed off: “Wishing you a very happy and safe holiday season.”) Stuart signed, he said, “because if I didn’t, I knew I wouldn’t get even this money.” Many others refused to sign.

In several documents, including its post-arbitration agreement with AFA, United emphasized that the shrunken state of international flying meant that the Frankfurt, Tokyo, and Hong Kong bases would not be reopened. But the flight attendant formerly based in Frankfurt pointed out that flights are, in fact, serving those three bases. In July, for instance, she said that United operated seven daily flights in and out of Frankfurt, and up to 11 flights a week in and out of Tokyo. It wasn’t even that United anticipated bleak times ahead, said another flight attendant formerly based in Frankfurt; in July, the company announced that it expected to turn a profit in the next quarter.

“Every one of us has between 23 and 35 years of flying experience, so we’re the most expensive flight attendants they have,” she said. “They just saw this as an opportunity to get rid of us. And now we’re too old to make a new start and too young to retire. We don’t know what to do.”