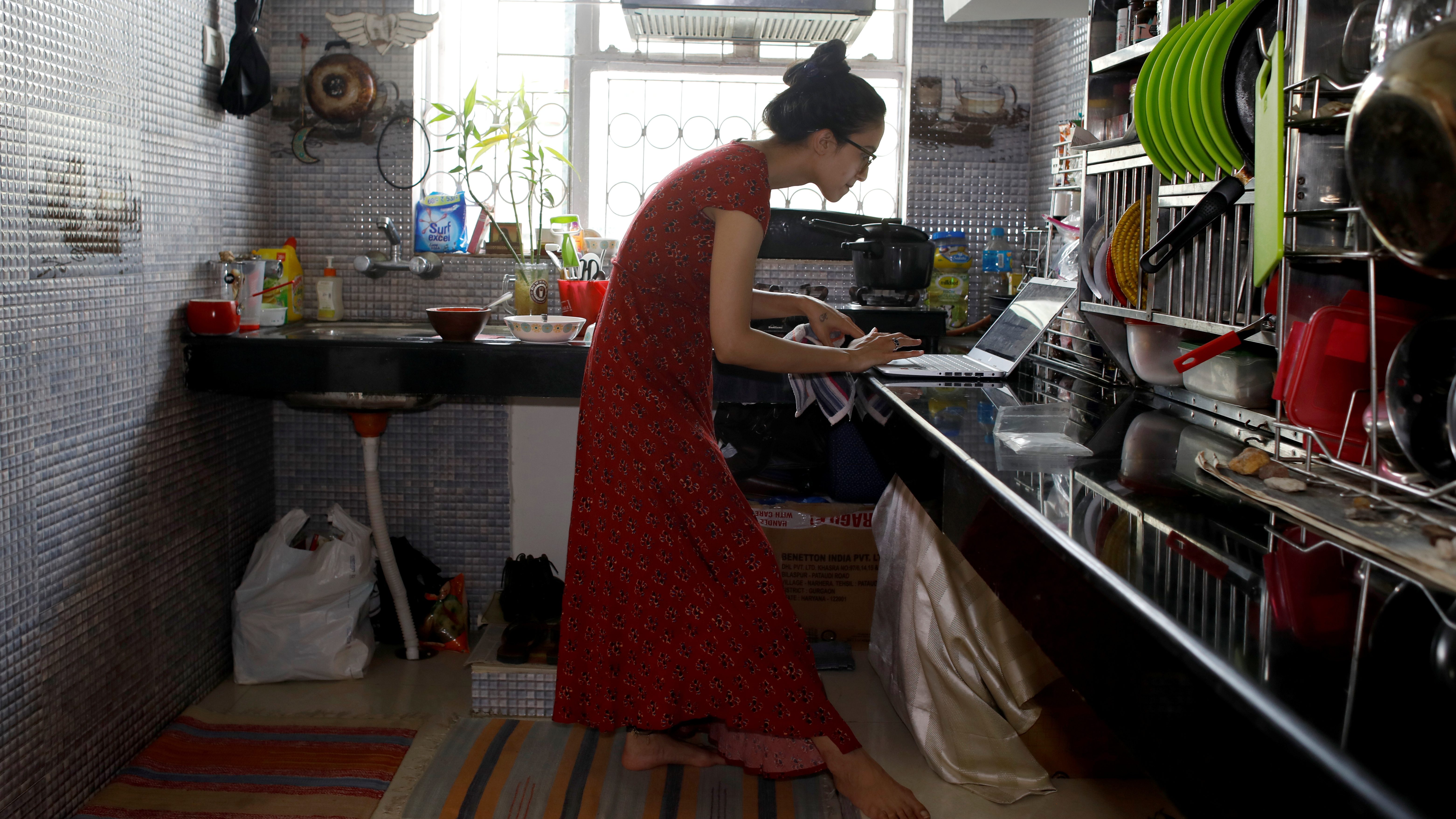 Some used their extra savings from not having to commute to work to upgrade their kitchens, and others were pushed into buying ergonomic mops in the absence of domestic help during the strictest phase of the lockdown.

Though the overall consumer sentiment was gloomy, especially because of the mass layoffs and pay cuts, young urban residents devised ways to uplift their spirits by bringing slices of outdoors into their indoor, shelter-in-place lives.

Quartz spoke to some of these Gen Z and millennials from different parts of the country to see what they spent their money on while they stayed at home.

A tiny, round, non-electric appliance has been infinitely helpful for those cooking their own meals, especially when domestic helpers were unavailable during the lockdown. “The chopper from a brand called Pigeon was recommended by everyone I know. It has been life-changing,” says Sweta Pal, a Delhi-based communications professional who works for a mental-health non-profit.

The Amazon page for this chopper has nearly 60,000 reviews and Pal says that’s because the tiny chopper with sharp blades can drastically reduce the time one spends in the kitchen, or how many tears one sheds while cutting onions. Now, she also often adds an egg to the chopper while chopping veggies to whisk everything together for an omelette.

A hot cup of cappuccino in a bold brew was something Somesh Agarwal missed the most back home. “I would often work out of a cafe like Blue Tokai, and it was sad to see the tepid coffee I could make at home,” says the 24-year-old digital marketer who lives in Gurugram.

Agarwal finally invested in a French Press machine, which he bought from Blue Tokai, a coffee roastery startup. On days that he’s in a hurry, he reaches into his stash of single-serve pour-over coffee sachets that most of the speciality coffee roasters such as Sixteen Grams now stock. “I think just the aroma of real coffee gets me going every morning.”

Parents with young and restless kids stuck at home found themselves looking up games that would keep the boredom at bay. “I bought Cluedo, a detective game, and various card games for us to play with our kid,” says communications professional Mansi Taneja. She also bought herself a hula-hoop, though she is yet to master that.

Others rediscovered the kid within themselves. Taranjeet Sabharwal, who lives with two flatmates in Mumbai, invested in several 1,000-piece puzzles and Jenga tiles. “It was the only way we could stay sane and not get on each other’s nerves while we were stuck indoors,” he says.

With the office coming into most people’s homes, the need for a solid study desk with an ergonomic chair became almost necessary. “Sitting on the couch and working was fine when the lockdown was just two weeks,” says Raunak Joshi, a lawyer based in Chandigarh. “My back was taking a hit because of bad posture, so I invested in a proper office chair for my home office.”

Others bought sturdy desks that could fit into limited apartment spaces. Tauseef Khan, a financial consultant based in Pune, got his local carpenter to build him a collapsible work desk that wouldn’t occupy too much space. He also invested in a printer for the first time. “And now that I actually own a printer, I can’t imagine how I managed without one at home!” he laughs.

People also bought ring lights to liven up their video calls. “That light is a godsend once you get used to the LED light shining straight into your eyes,” says Joshi.

Skincare also kept Indians hooked, particularly as salons were out of bounds because of Covid-19 lockdowns for the most part. “I don’t think I have ever spent so much on serums and creams as I have this year,” says Yashita Kumar, a final year master’s student at Delhi University. “I know I have nowhere to go, but even then, there was something about this time at home that nudged me towards taking better care of myself.” In the past six months, Kumar has bought from several indie brands like Juicy Chemistry and Dr Sheth’s, as well as global favourites like Paula’s Choice.

After the initial months of Dalgona coffees and banana bread loaves, Indian Gen Z swiftly moved to acquire foliage. Akshaya Srinivasan, a textile designer based in Coimbatore, bought various planters and accessories to set up an indoor and outdoor garden at her home. “I hate buying plants online because they go through a lot of trauma during the delivery process. So I bought all the paraphernalia—the soil, saplings, planters—and set it up myself.”

The best part of this process, according to her, was the learning curve. “And I realised there were plants that could survive even a former plant-killer like me.”