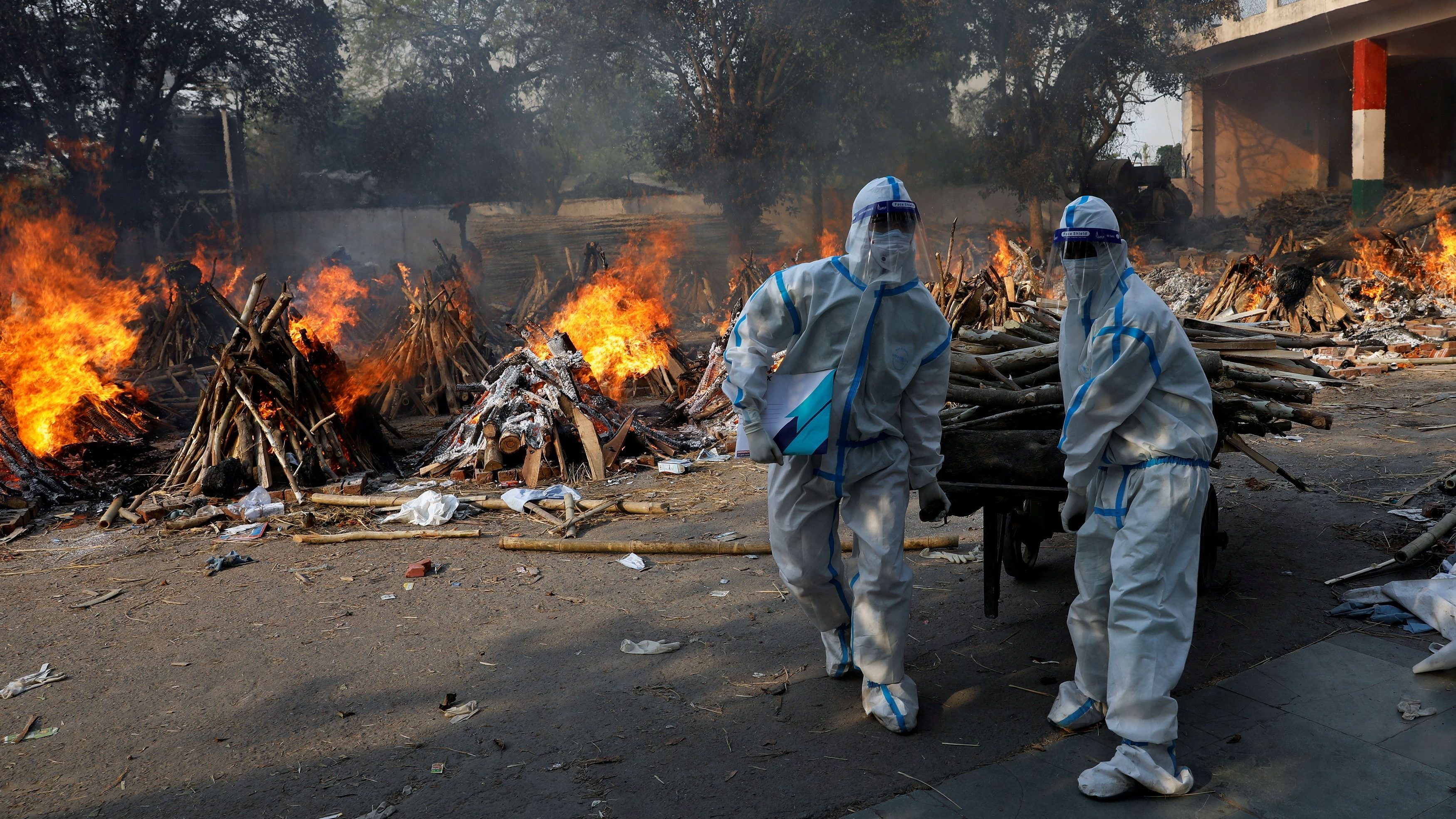 If overburdened crematoriums weren’t enough, India now has unidentified bodies washing up the banks of river Ganga, adding to the worry that the country is vastly undercounting its Covid-19 deaths.

Nearly six weeks since the Covid-19 situation in the country became alarming, the number of deaths because of the disease reported from various districts has been inconsistent with data from crematoriums and graveyards. Indian newspapers in regional languages like Gujarati have been doggedly calling out the state government for glaring gaps in death reporting.

Even in large metropolises like Delhi, the deaths officially counted by the government are far fewer than those counted by the civic authorities overseeing crematoriums.

There is now fear that India will never truly know the extent of the fatalities from this pandemic, given how many deaths go unnoticed even under normal circumstances.

A long history of unrecorded deaths

A 1969 law mandates that all births and deaths are legally registered in India. While the country’s abysmal record-keeping in this regard has improved since 1970 when the Registration of Births and Deaths Act was implemented, it still remained at 86% as of 2018, according to the Civil Registration Scheme report (pdf), an annual report by the government on death and birth data. That means, nearly 14% of all deaths are not officially recorded.

According to the National Family Health Survey last conducted in 2019-2020, death reporting was an uneven exercise across the country. While some southern states like Goa and Kerala registered nearly 100% of the states’ deaths, a state like Bihar recorded only 37.1%. In Bihar, there was also a disparity between rural and urban death registrations, which stood at 47.7% and 35.5%, respectively.

Besides poor registration performance, only a small proportion of the deaths registered are accurately tagged to a medical condition.

Not counting deaths because of Covid-19

Even before the pandemic made its way to India in March 2020, not all deaths were medically certified.

According to the Indian government’s report of Medical Certification of Cause of Death, 2018, roughly 21% of the registered deaths (pdf) were available with details of medical conditions. States like Uttar Pradesh and Bihar, with large rural populations, only certified 5.1% and 13.6% of their registered deaths, respectively.

It is no surprise then that as Covid-19 spreads like wildfire across India’s villages, most deaths are not being counted as fatalities specific to the pandemic.

Close to 100 bodies have so far been found floating in the river Ganga in the states of Bihar and Uttar Pradesh. Some are believed to have been washed away while they waited their turn at overburdened crematoriums, while others are feared to have been set afloat because of the stigma of Covid-19. In Patna, Bihar’s capital, bodies of the deceased covered in PPE kits, likely meaning they were Covid-19 patients, were found yesterday (May 13). In some Indian communities, though, a jal pravah or water cremation is also common, likely due to poverty.

Now, with the pandemic reaching villages, the worry is that many of these fatalities will go unacknowledged. Unless civic authorities proactively count deaths, the pandemic will follow a long tradition of poorly recorded population data in the country.

Since last year, several news reports have sounded the alarm on how deaths in rural pockets of India, with little or no awareness of Covid-19 and limited access to institutional healthcare, are being missed.

This is particularly problematic in Covid-19 cases because not all cases require hospitalisation. As it is, nearly two out of three deaths in India happen at home. Add Covid-19 and a lack of surveillance to the mix, and there is a severe problem of undercounting on the government’s hands. For a year now, Indians in small towns and villages have been dying of “fever,” not knowing that it is likely coronavirus wreaking havoc.

But India has been lauded for keeping its mortality levels low, a phenomenon that has surprised many. As of today (May 14), India has recorded over 262,000 Covid-related deaths. Commentators have claimed that if India was indeed hiding its Covid-19 mortality data, its drains would be “choked” with bodies and its graveyards and crematoriums would be out of wood and space.

A year later, it appears this macabre prophecy is slowly coming true.