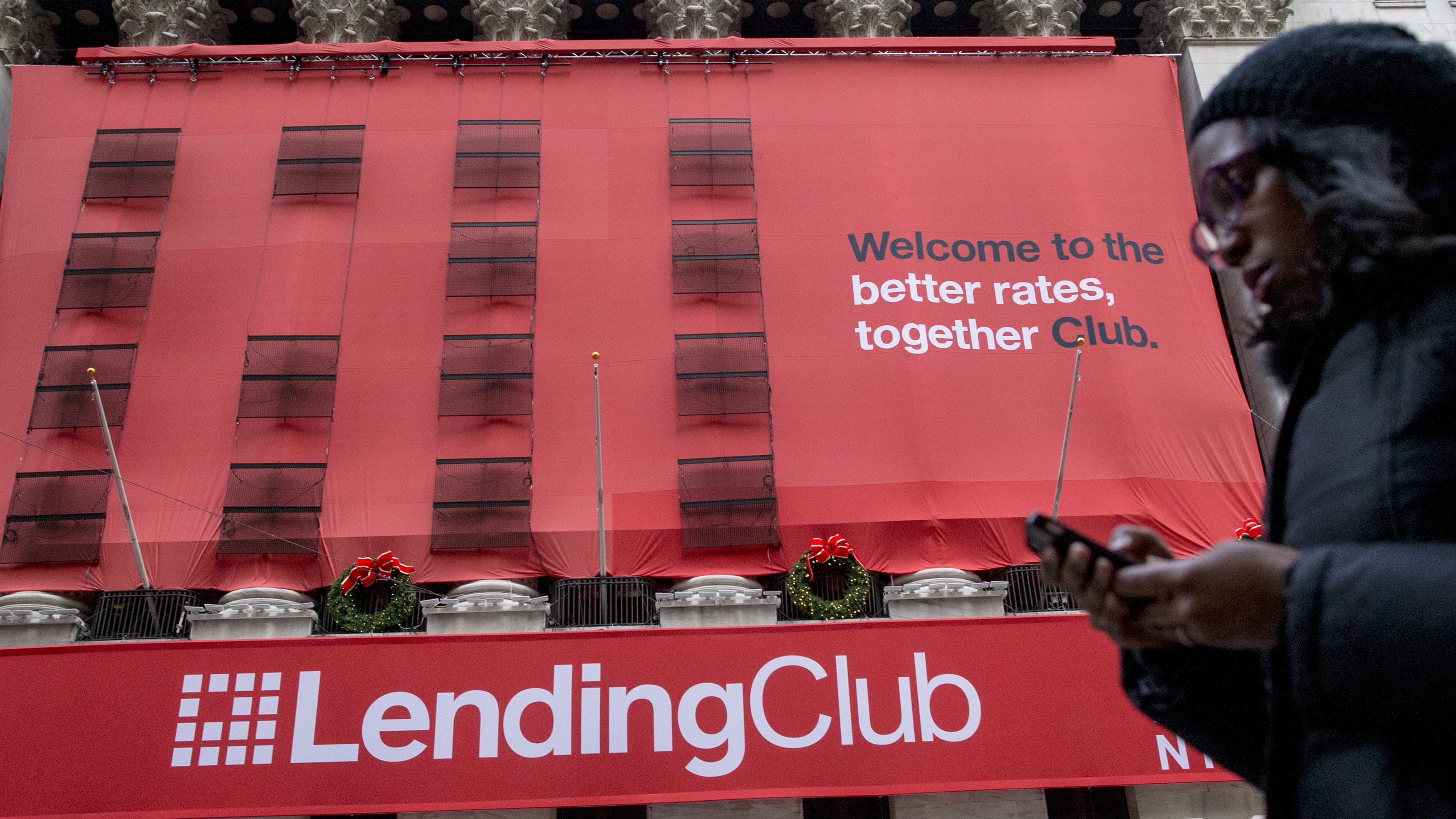 New technology is upending everything in finance.

David Ellison, a money manager for financial company stocks, says LendingClub’s acquisition of a regulated bank is a good move for the fintech. But the 36-year veteran says he’s not ready to invest in the so-called marketplace lender.

“I wouldn’t own the stock,” said Ellison of Hennessy Funds, which oversees $4.8 billion in assets. LendingClub’s purchase of Radius Bank for $185 million is likely to add revenue and provide stability. But prospects for bank stocks are closely linked to economic growth, and it remains to be seen how some newer fintechs’ credit scoring models hold up during a downturn.

Ellison isn’t the only investor who remains wary of the San Francisco-based company, which specializes in personal loans. Its stock pared losses to 1.4% on Feb. 19, after dropping as much as 11%, the day after the deal was announced. LendingClub’s $1.4 billion market capitalization is down almost 80% since its IPO in 2014. (Shares also took a hit in 2016 when founder Renaud Laplanche resigned from company amid concerns about lending practices and haven’t bounced back.)

“I applaud them for recognizing that they need to stabilize their funding source to stabilize their business,” Ellison said. The acquisition “will probably pay dividends over time if they can come through a credit down cycle and survive, and prove their lending algorithm works.”

Companies like 14-year-old LendingClub were among the first generation of startups that sought to reinvent finance for the internet economy. Instead of making loans themselves and holding all of them on their balance sheets until maturity, marketplace lenders match borrowers and investors online. Banks and institutional investors supply capital for the loans, and the fintechs make money from things like transaction fees.

Skepticism about the model has grown. Institutional investors, like hedge funds, don’t have access to the cheap financing that a bank can access through federally-insured deposits. When the economy hits the skids, these institutions may stop providing funding, cutting off revenue for a marketplace lender. The marketing expense required to entice borrowers can also be costly.

The deal shows that “marketplace lending faces significant challenges and may have had its day,” says Karen Mills, a senior fellow at Harvard Business School. To compete, these companies need to attract customers without burning up too much money and to have access to low cost deposits, according to Mills, who ran the Small Business Administration during the Obama presidency.

“This acquisition is not a balm for all of LendingClub’s troubles, given the increasing intensity of competition from fintechs and traditional lenders, but it’s an interesting move and bears watching,” she said.

LendingClub says its acquisition of Radius, which still requires regulatory approval, will get rid of some of those concerns. (Zopa, a UK pioneer of peer-to-peer lending, is also seeking to become a bank.) In the future, the company says 30% of its revenue could come from interest income from loans, compared with 11% now, and its cost of funding could decline by about $15 million annually.

As more upstarts look to become banks, are the fintechs becoming more like established institutions? Last week Varo Money said it took another step towards a full-fledged banking charter—a process that took around three years and cost nearly $100 million.

LendingClub president Steve Allocca says the acquisition won’t turn LendingClub into a traditional bank. While it will make its own loans that will be available on the platform, they will never be the majority.

“Trying to do what we want to do completely outside the banking system is challenging,” Allocca said. “Access to deposits allows us to provide lower rates. It gives us the ability to say yes to more borrowers.”