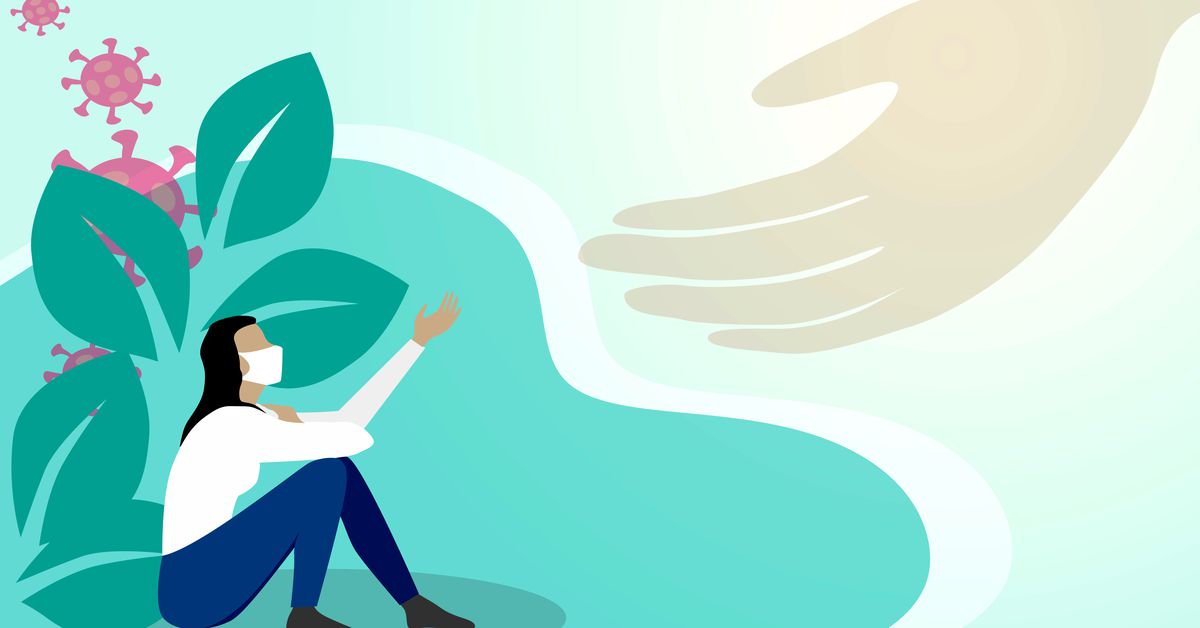 Today is Giving Tuesday, a day that encourages everyone to refocus on doing good after the annual post-Thanksgiving shopping blitz. People have donated millions to charity through Giving Tuesday fundraisers every year since the movement kicked off in 2012. But what does generosity look like in 2020?

Has the Covid-19 pandemic — and its attendant recession — made us more or less generous this year? Has it changed the way we give?

We won’t fully know until 2020 is behind us because around 30 percent of total annual giving happens in December, with many people making their tax-deductible donations on the very last days of the year. But we’ve already got some telling data about how much people are giving.

“As far as we can tell, the overall trend line is up,” Victoria Vrana, a deputy director at the Gates Foundation, told me. She cited a study from the Fundraising Effectiveness Project, which collects real-time data from several online fundraising platforms. “They’re showing an overall increase in the whole first half of the year. And the exciting part is really the increase in small gifts and new donors.”

While you’d expect high-net-worth donors to give more during a crisis, you wouldn’t necessarily expect similar behavior from average people hurting from an economic downturn. Yet 56 percent of US households gave to charity or volunteered in response to the pandemic, and the first half of 2020 saw a 12.6 percent increase in the number of new donors to charity compared to one year ago.

The causes that are faring especially well are the ones with an obvious connection to the pandemic, like hunger relief and health care. According to a Harris Poll survey conducted for Fast Company, “hunger relief has seen the most charitable giving — 34 percent, among those who have given to charity during the pandemic — followed by religious organizations (31 percent) and health and medical organizations (29 percent).”

It’s obviously great that donors are trying to make sure people get food and health care during a pandemic. But while nonprofits focused on Covid-19 relief are getting substantial funding in every US state — including rapid-response grants from community foundations that have raised more than $1 billion for the purpose — nonprofits doing crucial non-pandemic-related work are getting left out.

“You’re seeing some cause areas get a tremendous influx, and others that are just drying up,” Vrana told me. “It’s a huge concern.”

The Wall Street Journal reported in August that even as Covid-19 donations were soaring, other charities were taking a big hit; with galas, auctions, and fundraisers canceled, nonprofits were really struggling to raise the funds they rely on. A sobering reflection of this is that some 1 million nonprofit workers in the US have lost their jobs because of the pandemic.

On the plus side, the global nature of the pandemic has prompted some donors to think beyond their own backyards and to embrace direct cash transfers as a way of offering relief to people across the world.

“A super-interesting, huge new trend we’ve been seeing is this interest in directly giving to individuals,” Vrana said, noting that the Gates Foundation’s recently created site PowerOf.org, which aggregates vetted donation opportunities for helping people through the pandemic, includes more than 40 funds that direct cash to individuals in need. She added that trusted nonprofits like GiveDirectly, a charity with over a decade of experience distributing cash transfers, have come out in a huge way during the pandemic.

“There’s something unique about how central cash has been to people’s response to this crisis. It feels different from prior crises,” Joe Huston, managing director at GiveDirectly, told me. “You’re seeing a ton of cash relief funds spin up, including people giving out cash themselves on Twitter. I haven’t seen a period like this where so many people from so many different types of philanthropy have started with cash transfers as a primary tool in their toolbox.”

This year has also seen increased support for cash transfers in the form of a universal basic income (UBI). With the pandemic generating so much financial loss and uncertainty, and with federal stimulus packages failing to meet the needs of millions, advocates argued that citizens desperately need some sort of guaranteed income. Spain’s government seemed to listen, offering payments of up to 1,015 euros ($1,145) to the poorest families in the country, and Germany started a new basic income experiment in August.

On both sides of the Atlantic, public support for UBI is higher than usual. When cognitive scientists Daniel Nettle and Rebecca Saxe surveyed people in the US and UK in April, May, and September, they found that the pandemic boosted support for UBI in both places.

However, they also found some preliminary indications that people believe others will act more selfishly than cooperatively in a pandemic.

As the Stanford psychologist Jamil Zaki has documented, there are two basic stories people like to tell about how human beings behave in times of crisis.

According to one story, individuals panic, flout social norms, and behave selfishly. The crisis unleashes an amoral free-for-all as each person gives in to a scarcity mentality and decides to look out for their own interests — to hell with everyone else.

The other story holds just the opposite: People are wonderfully generous in the wake of disaster! They donate money, they volunteer, they try to help their neighbors. We see more altruism and prosocial behavior during a crisis than we do in normal times.

The first narrative is often seen reflected in media coverage. For example, after Hurricane Katrina, the New York Times described New Orleans as a “snake pit of anarchy, death, looting, raping, marauding thugs.” And partly because of media portrayals, this lawless behavior is what many people have come to expect in times of crisis. In one study, people generally agreed with statements like “When there is an emergency, crowd members act selfishly” and “When there is an emergency, social order breaks down.”

But when you look at the historical record, it actually offers a lot of support for the second narrative. “Catastrophe compassion,” Zaki writes, “is widespread and consistent; it follows earthquakes, war, terrorist attacks, hurricanes, and tsunamis, and — now — a pandemic.” For example, as Covid-19 spread, volunteers around the world began creating mutual aid Google docs. In these shared spreadsheets, they jotted down their contact information and offers to bring groceries or medications to vulnerable neighbors. (Likewise, in the wake of Katrina, most people in New Orleans were peaceful and helpful to each other.)

Yet people in general still tend to believe the more pessimistic story about human nature. Athena Aktipis, a psychologist at Arizona State University, told me that’s partly because people have internalized work from the annals of psychology, behavioral economics, and evolutionary biology (think The Selfish Gene by Richard Dawkins) to mean that we generally look out for No. 1 when faced with adversity.

But recent work in psychology, including Aktipis’s own research with the Human Generosity Project, complicates that picture. It’s convinced her that times of crisis can bring out the best in us, so long as we’re not worried that others will take advantage of our willingness to cooperate.

In early March, she and her colleagues started asking people around the world questions meant to gauge their feelings of cooperativeness. As the pandemic spread, they found that people increasingly agreed with statements like “My neighborhood and I rise and fall together” and “All of humanity and I rise and fall together.” In other words, people’s perceived interdependence with others generally increased. In fact, people’s ratings of interdependence with all of humanity were actually higher than with their own neighborhoods. And the survey respondents’ willingness to help citizens of other countries increased.

So the surge in pandemic-related generosity hasn’t come as a surprise to Aktipis. As she told me, “When people are most in need, that’s when most of the giving happens.”

Sign up for the Future Perfect newsletter and we’ll send you a roundup of ideas and solutions for tackling the world’s biggest challenges — and how to get better at doing good.